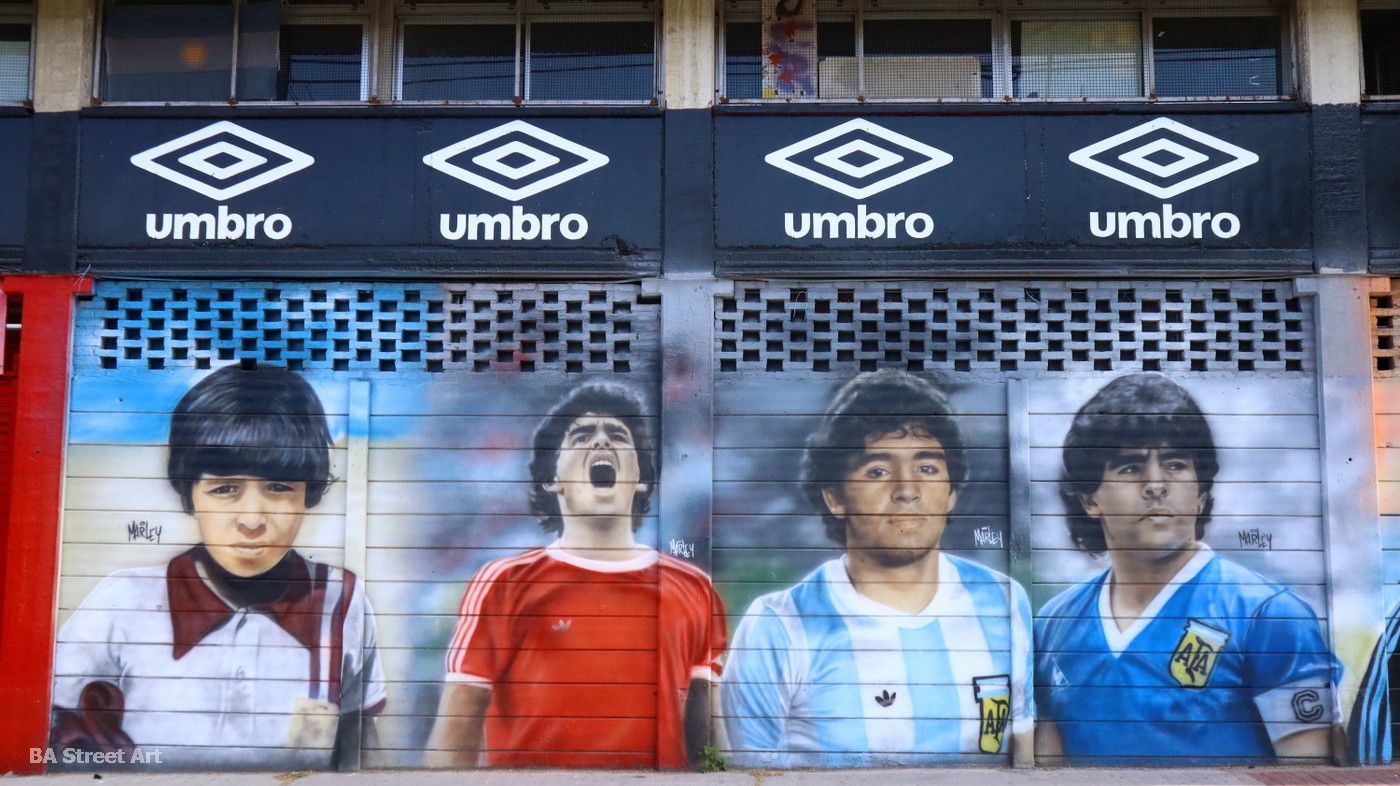 Marley has spent more than a month painting new portraits of Argentine football legend Diego Maradona at the stadium that bears his name in the neighbourhood of La Paternal. 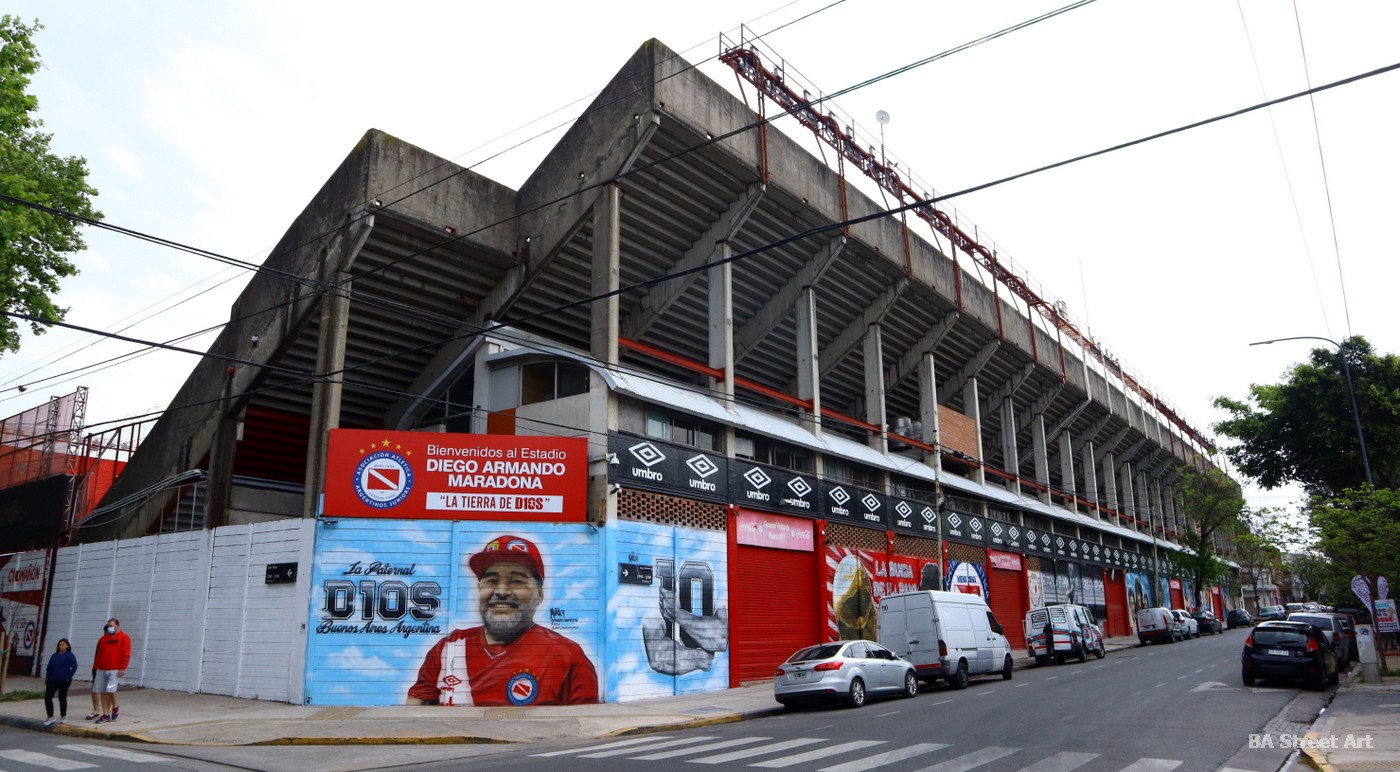 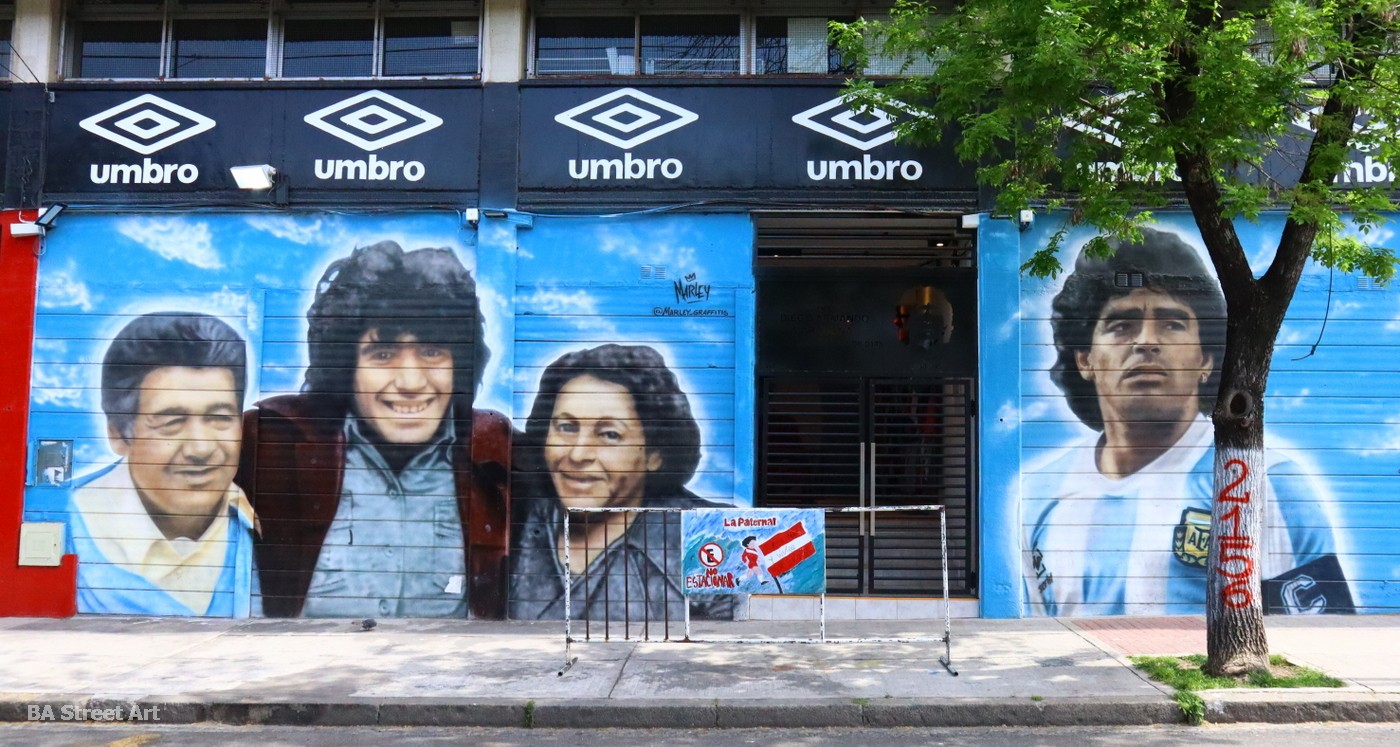 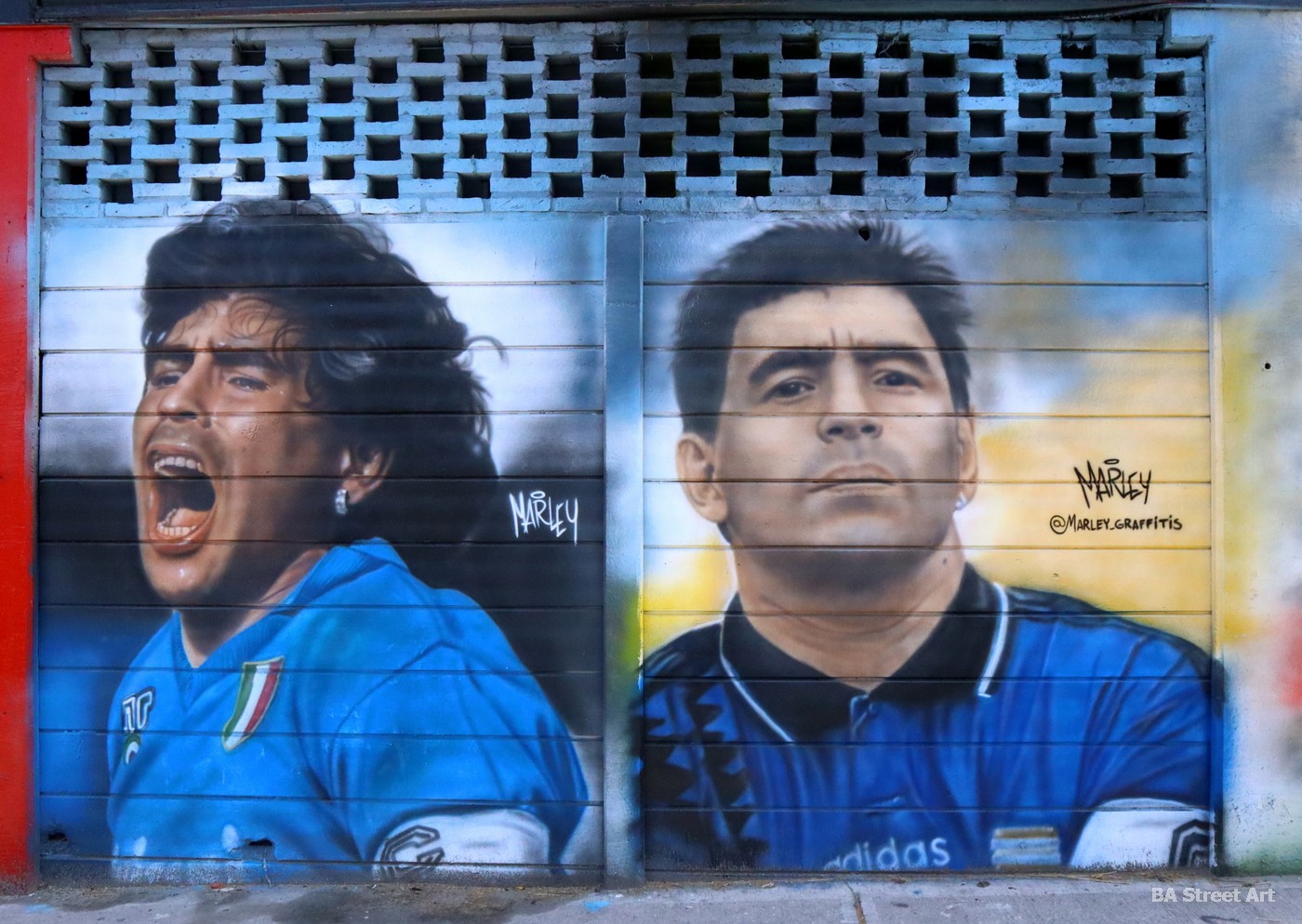 Many of the mural feature Maradona in the red and white colours of Argentinos Juniors that was his first professional football club where he played for five years. 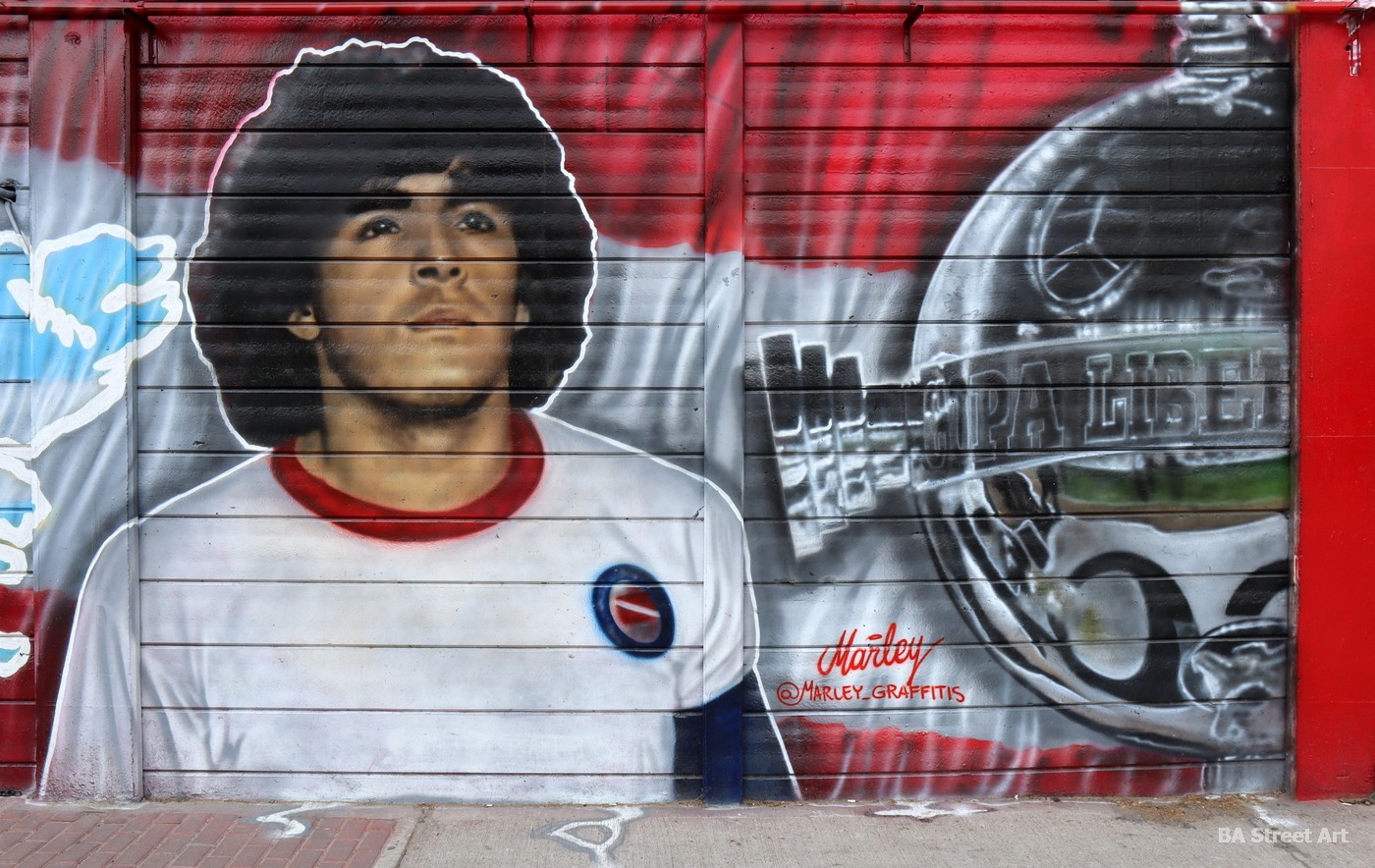 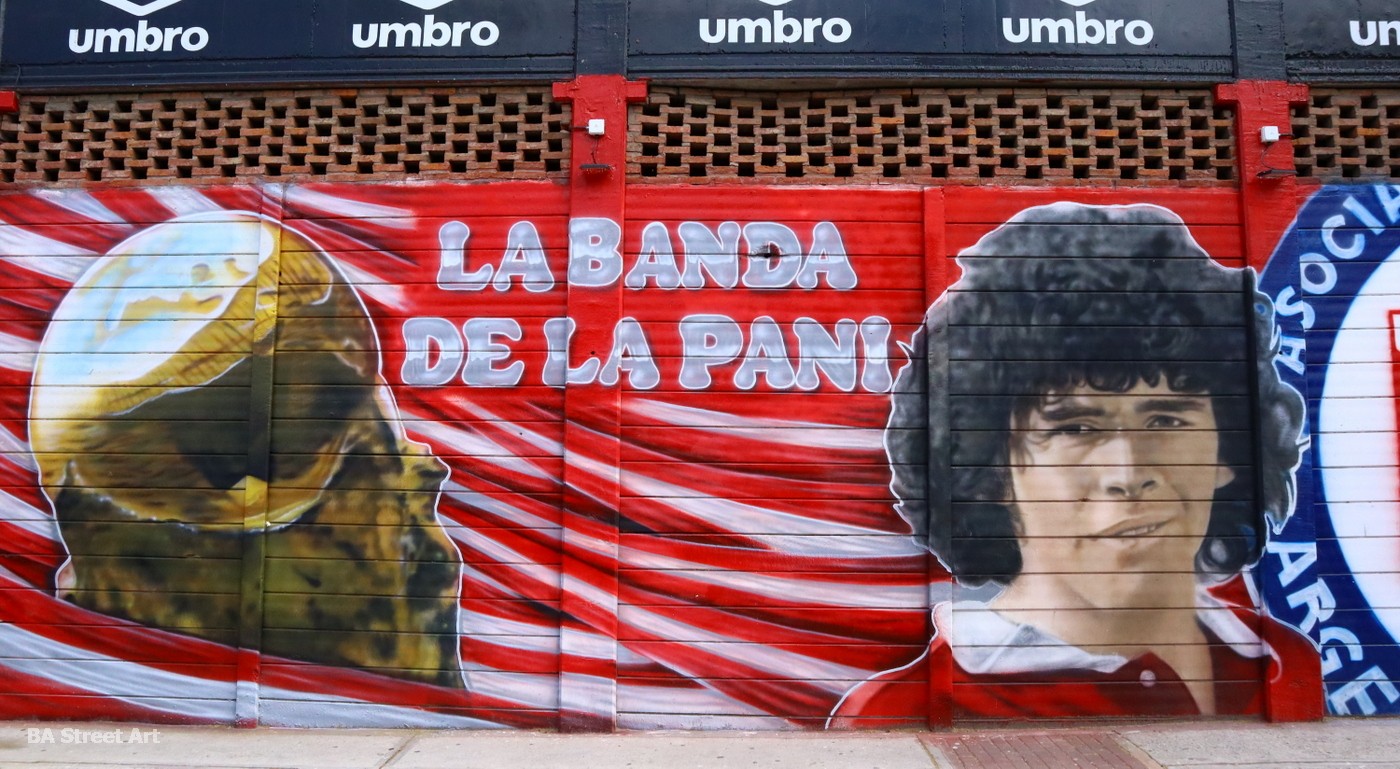 This mural (above) refers to ‘La Banda de la Pani’ that is the Barra brava of Argentinos Juniors or the hardcare football fans. 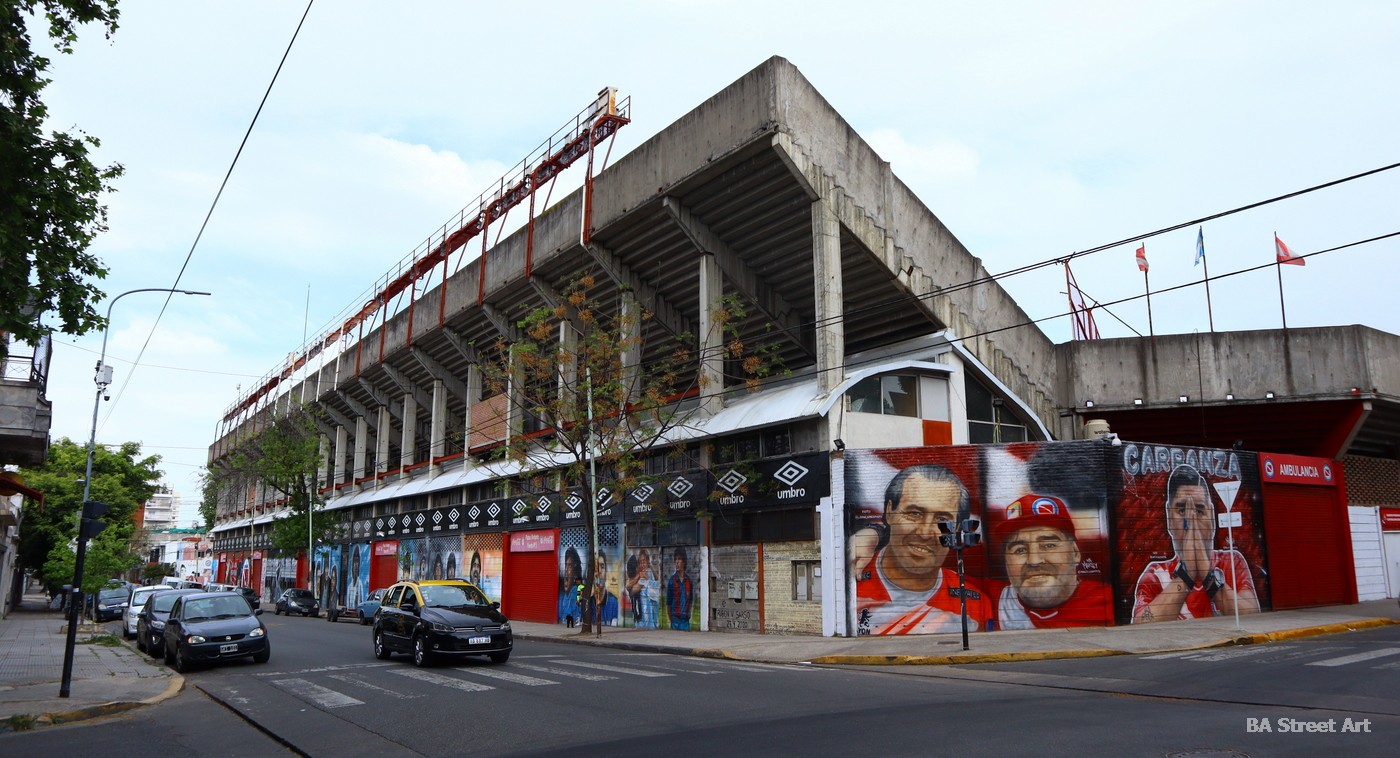 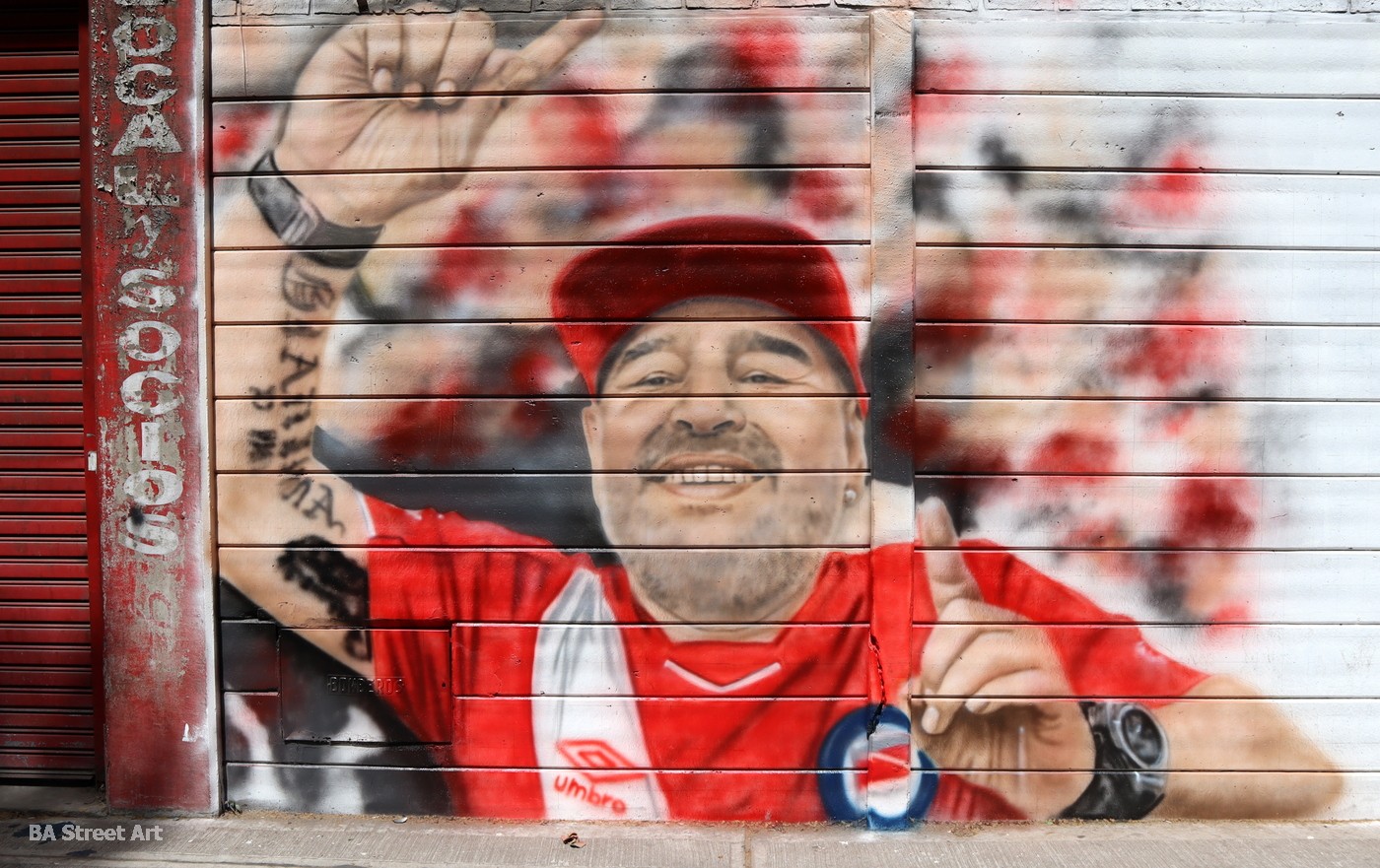 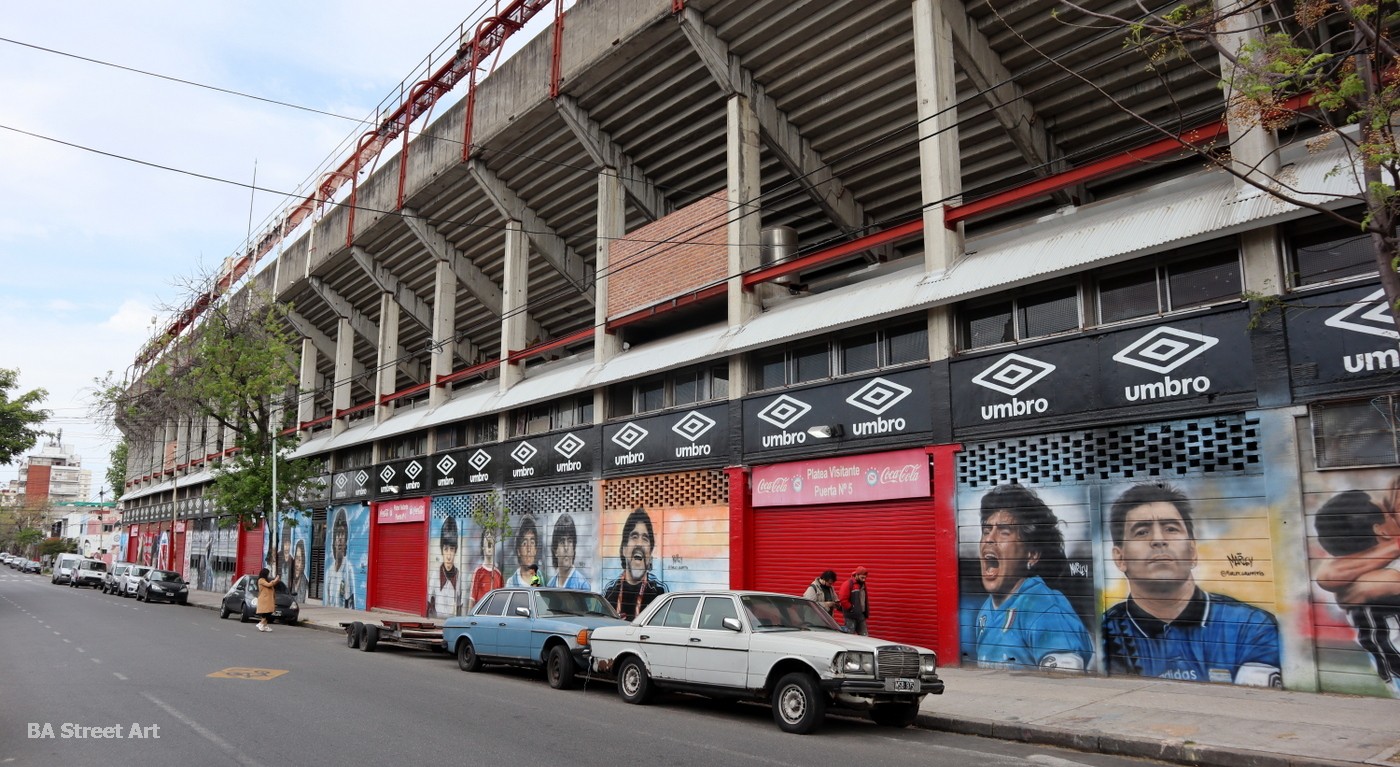 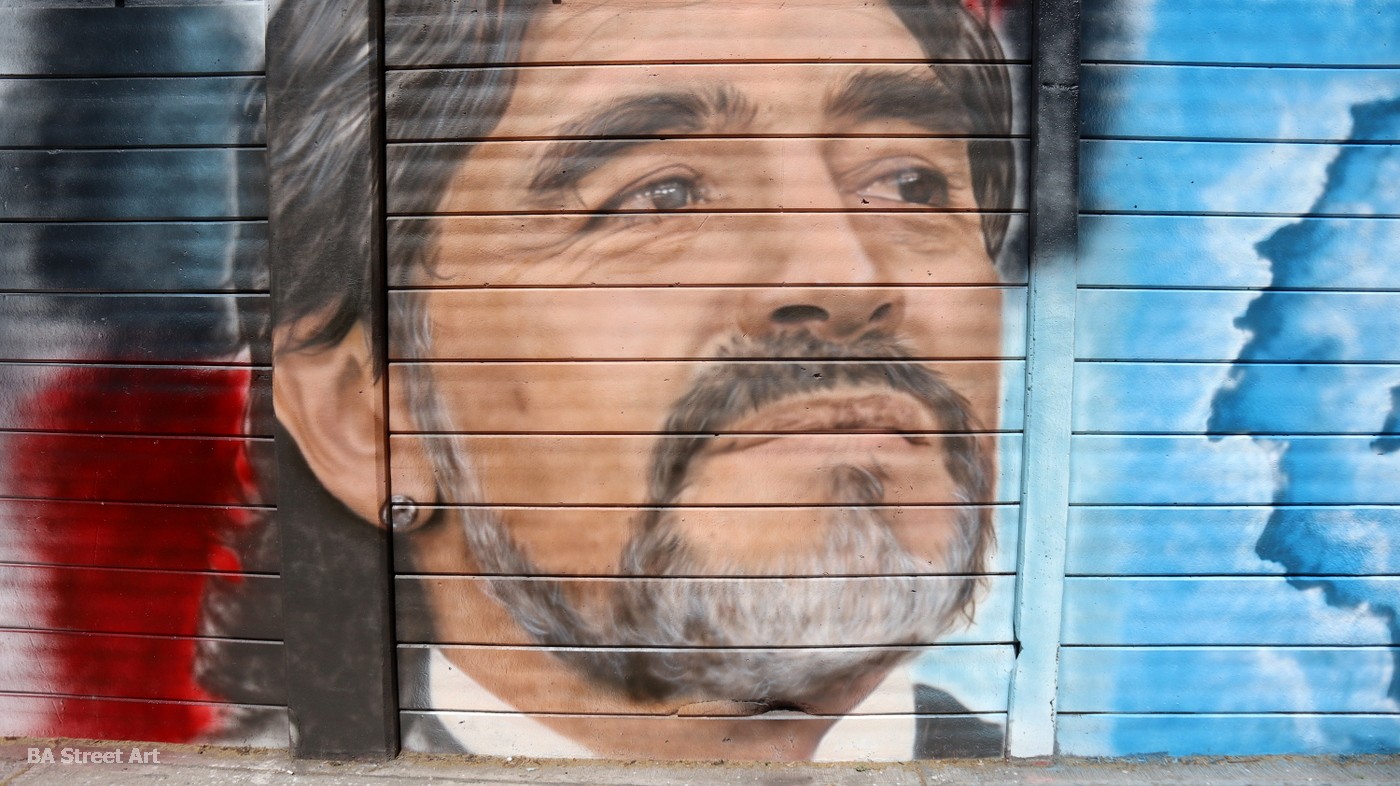 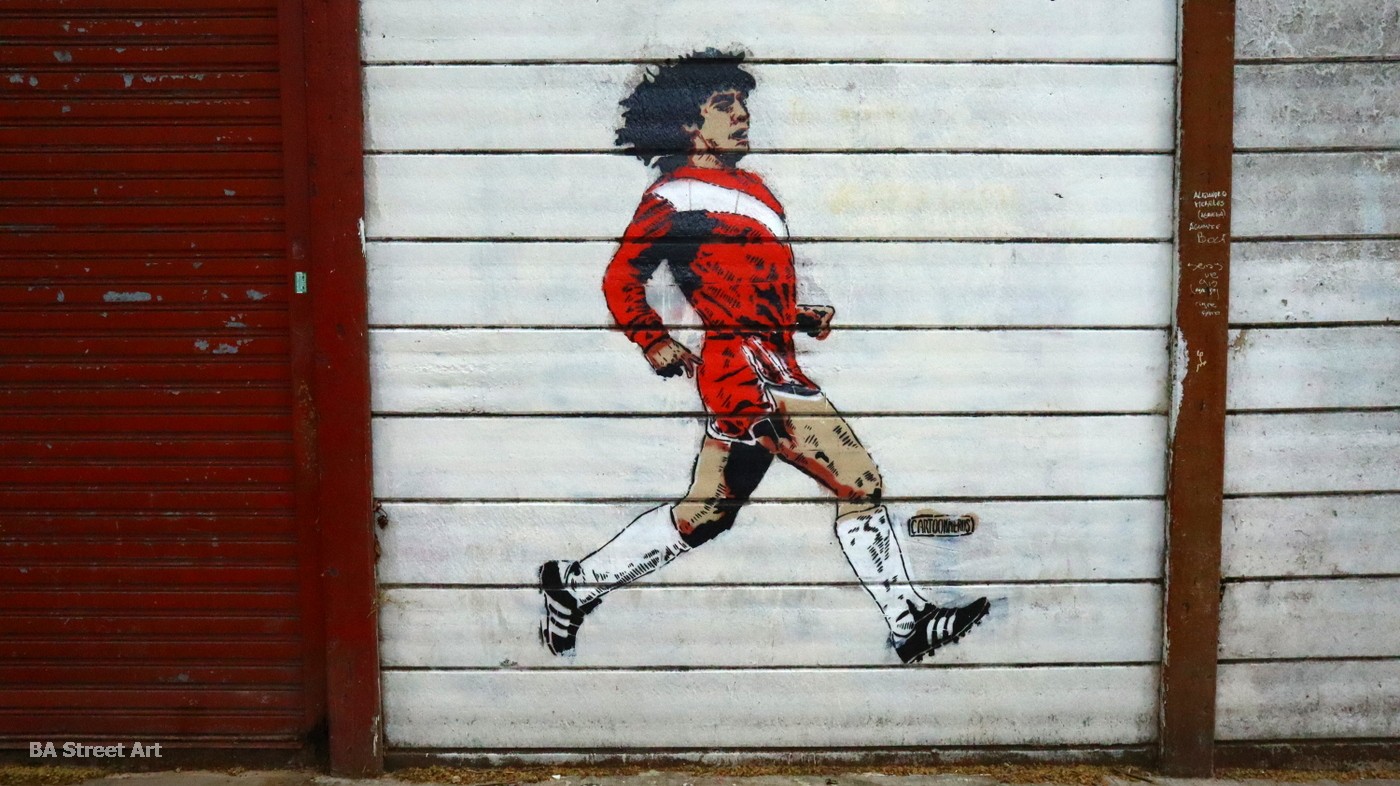 Other artists including Cartooneros have also created football-themed artworks on the walls of the stadium. 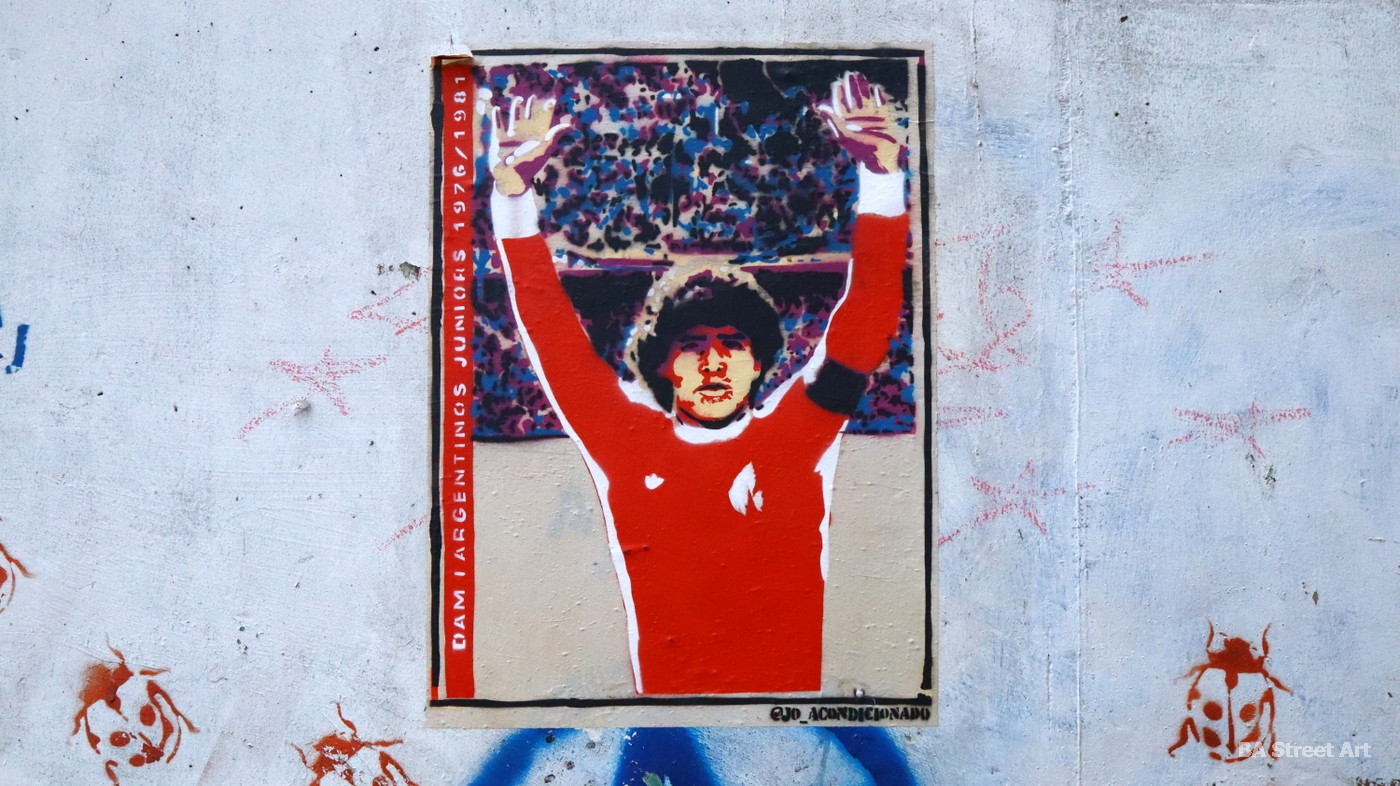 Ladybird stencils can be found around the stadium. Argentinos Juniors’ nickname is ‘los Bichitos Colorados’ or ‘little red insects’. The murals by Marley have already become a tourist attractions with visitors stopping to take photos in front of the artworks. 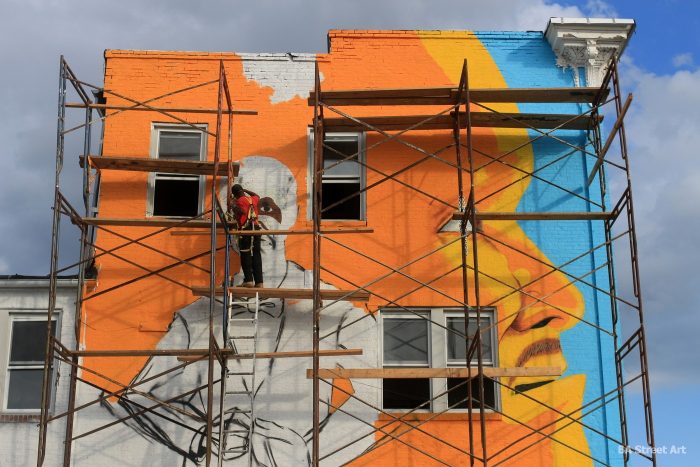 END_OF_DOCUMENT_TOKEN_TO_BE_REPLACED

Baltimore street art and graffiti - the best murals around the city

Baltimore is one of the best cities to check out street art and graffiti in the U.S. with many murals... END_OF_DOCUMENT_TOKEN_TO_BE_REPLACED

Alfredo Segatori has painted a stunning new mural of a panda drinking mate in Buenos Aires. Photos by Buenos Aires...