Alfredo Segatori has completed a spectacular new mural in Palermo made of recycled materials at a new bar in Palermo. Exclusive photos by Buenos Aires Street Art. 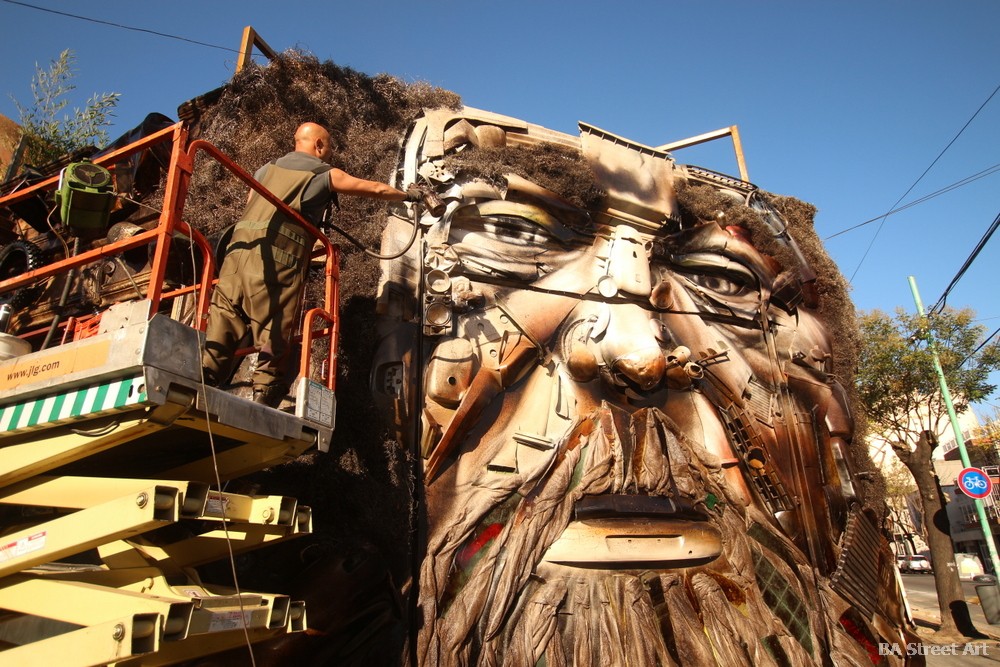 The artwork featuring a portrait of an old man has been created out of recycled items such as a car parts, bicycle wheels,tyres, rusty cans, a computer, a telephone and scrap metal and was completed two weeks ago for the opening of Desarmadero Bar in Palermo Viejo. 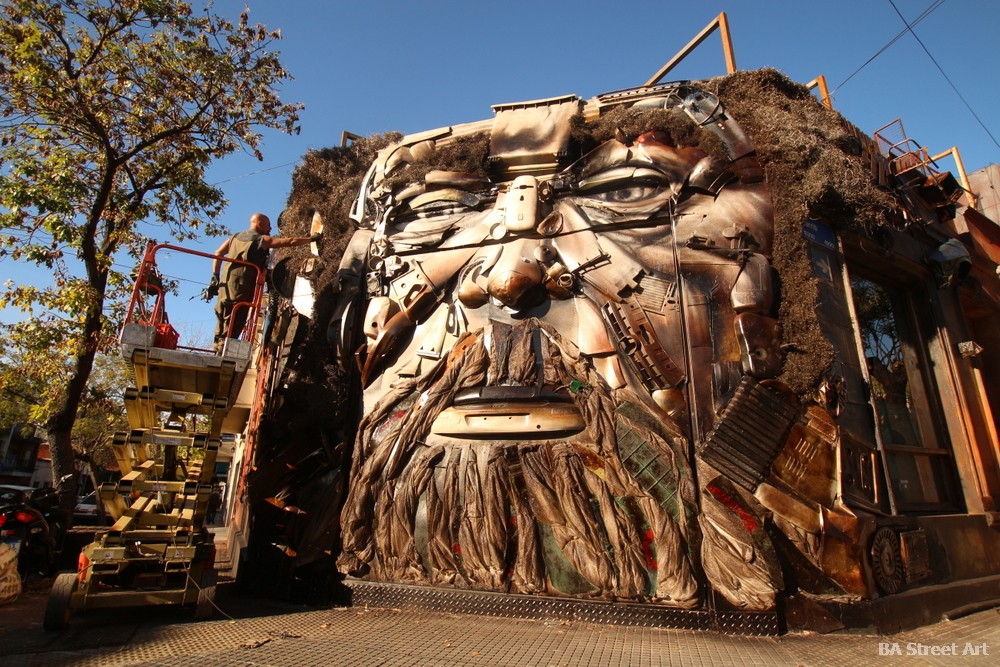 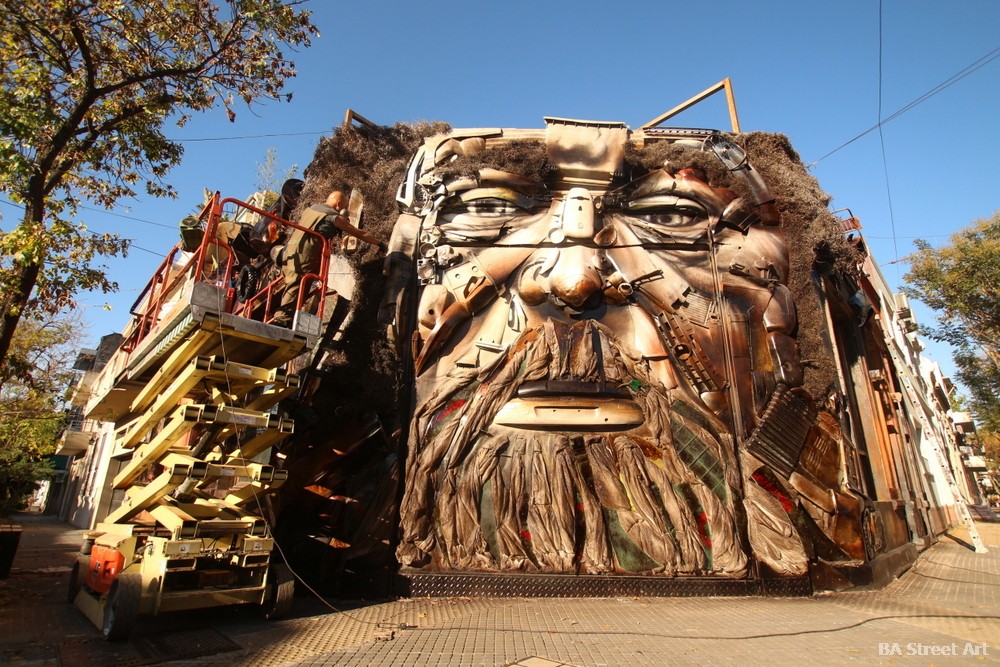 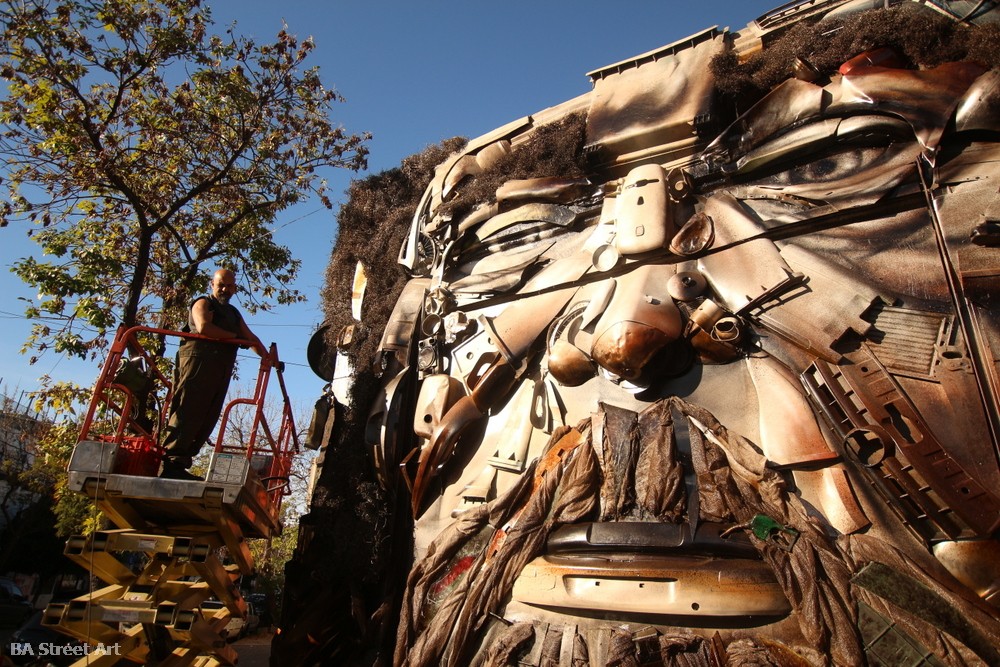 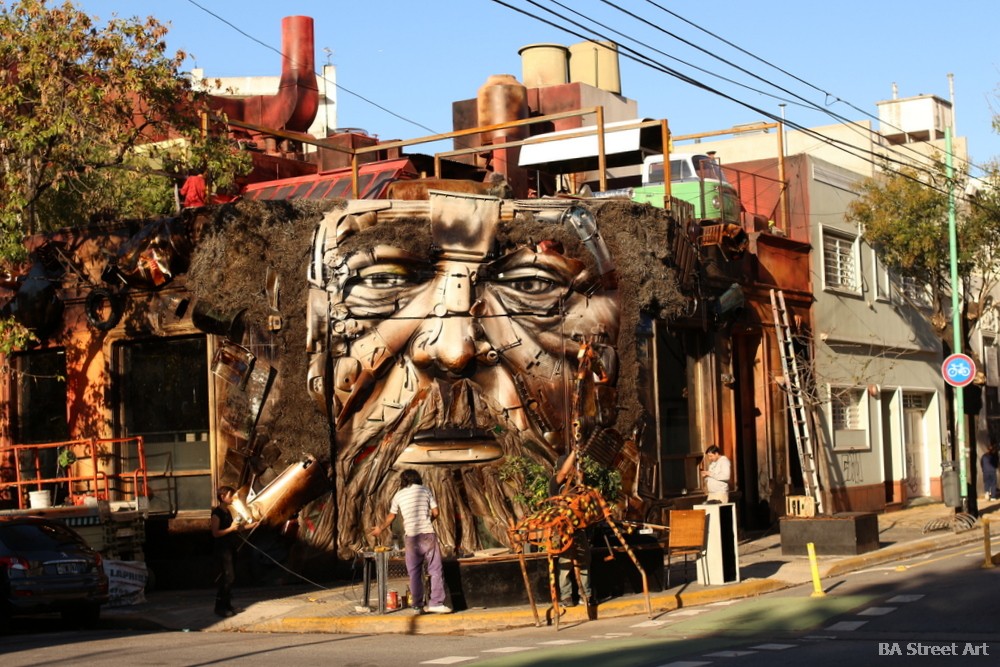 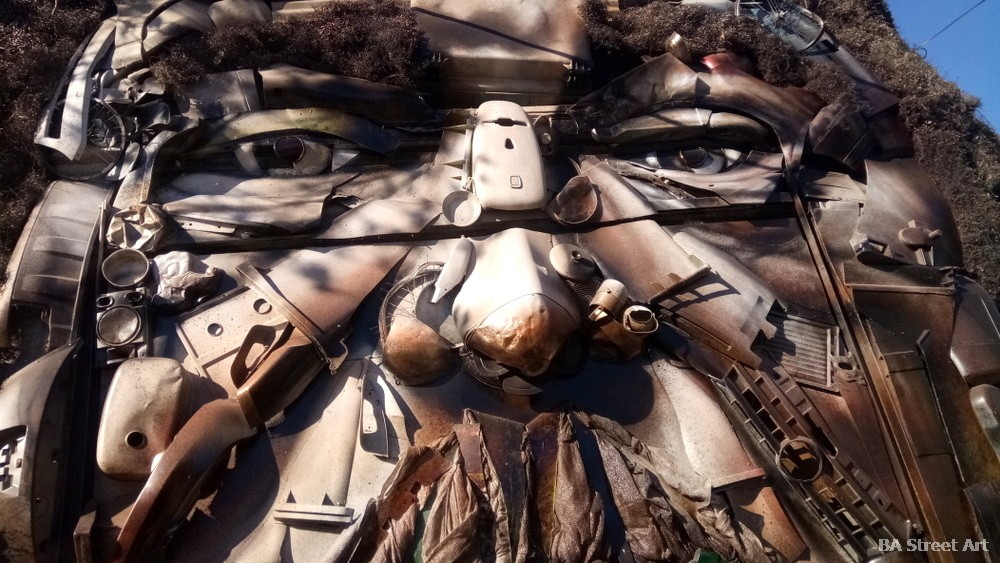 Details of the face of the old man 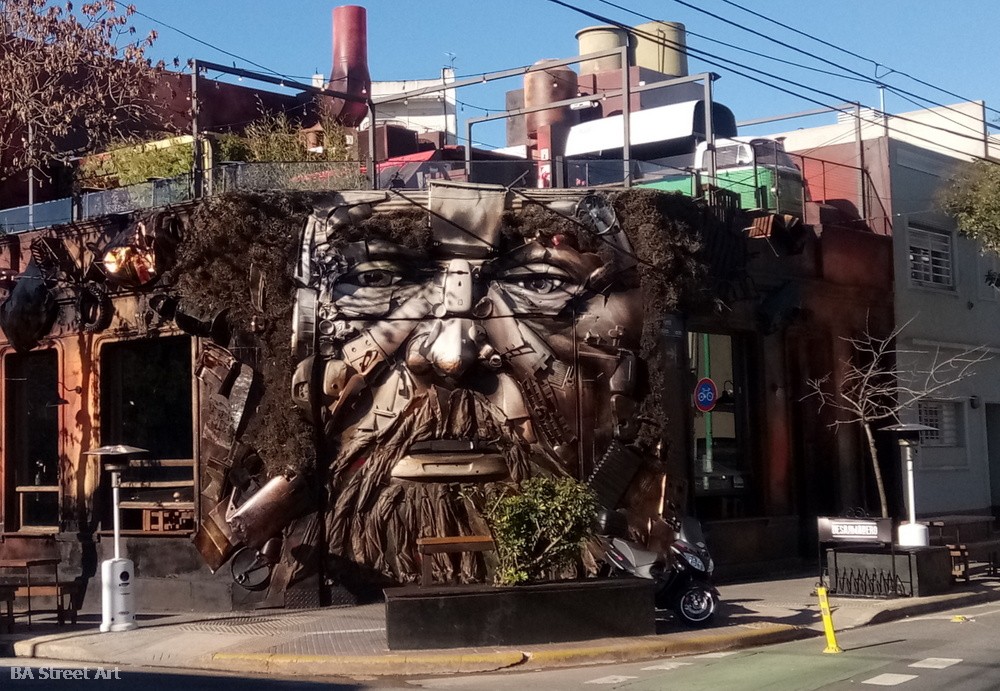 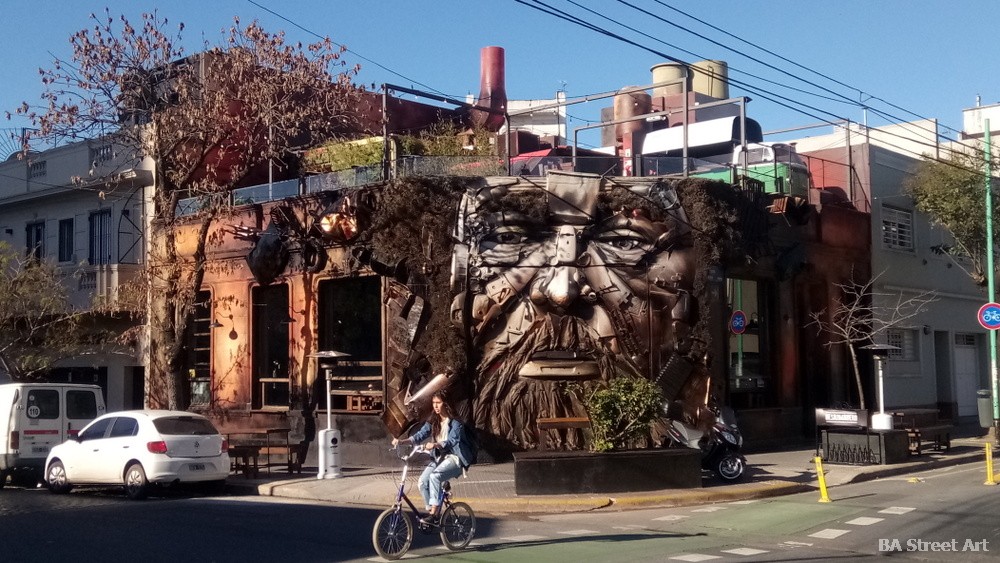 The mural will be officially inaugurated on Sunday 25th June at 6pm at Gorriti 4295.