Train cars pre-graffiti
.
Madxis, a local graffiti artist who was one of the organizers of the event, tells us how it came about: “We’ve been interested in the idea of painting these trains since we started painting graffiti around the year 2001. But it wasn’t until 2010 when we had a conversation with some representatives from the railway institutions. They gave us permission to paint the trains, but for some reason or another it never actually happened. And just recently, five years later, the railway managers got in touch with us and asked us to paint the wagons that had been left abandoned.”
The train cars have been out of service since 1989, but they are visible from one of the main roads of the city. 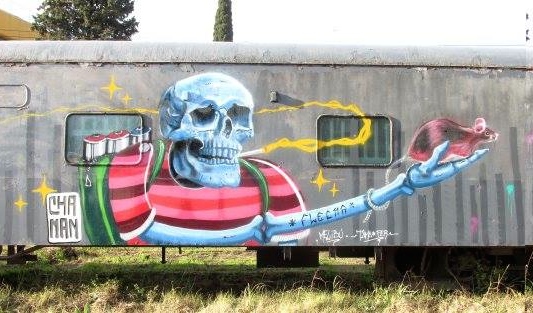 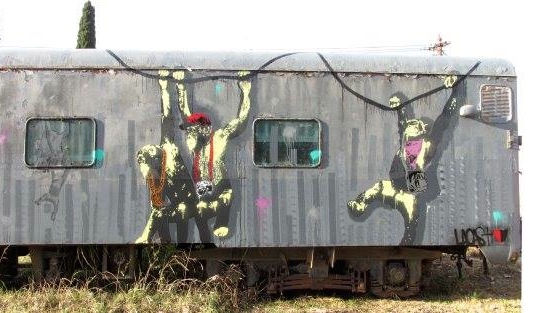 Says Madxis: “This was the first event of its kind in Latin America. There was something similar in Brazil but the artists were contracted and their designs were done on a request basis. We painted with total creative freedom.”

Check out more info and photos on Madxis’s Facebook page.