Argentine street artist Maxi Bagnasco has finished a new mega mural of Diego Maradona in the province of Buenos Aires. 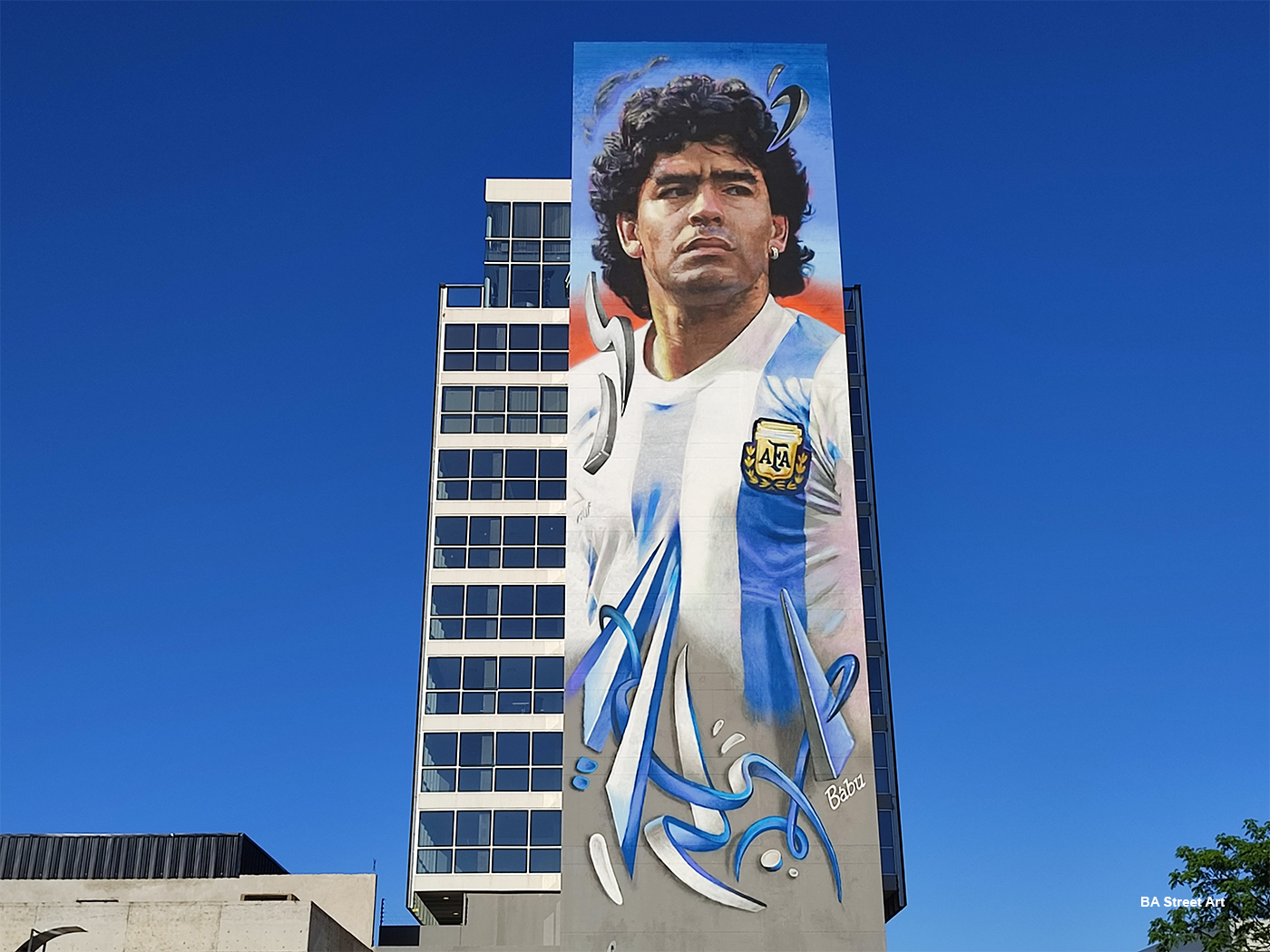 The huge artwork in Canning, Ezeiza is 40 metres high by 12 metres wide and has been painted on the side of a 10-story office building. It depicts Maradona in the 1986 World Cup in the quarter-final match against England in which Argentina won 2-1 with the footballing legend scoring what is regarded as the greatest goal in the tournament’s history as well as his infamous ‘Hand of God’ goal. 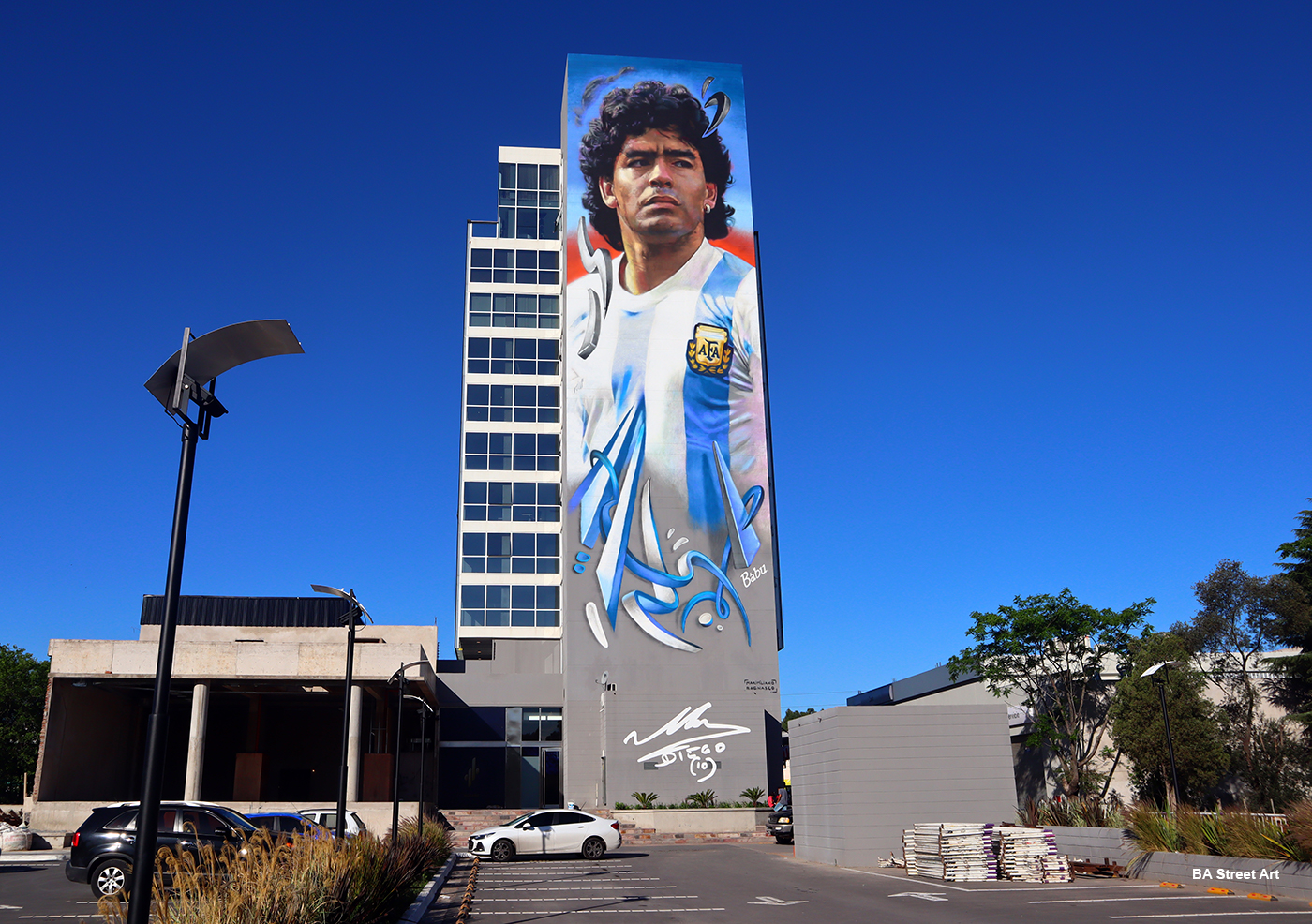 The mural was painted to coincide with the birthday of the superstar footballer who was born on 30th October 1960 and would have completed his 62nd birthday today. Maradona’s ex-wife Claudia Villafañe selected artist Maxi Bagnasco, who specialises in photo-realistic portraits, to carry out the project and el D10S’ daughter Gianinna selected the image that would be included in the mural. 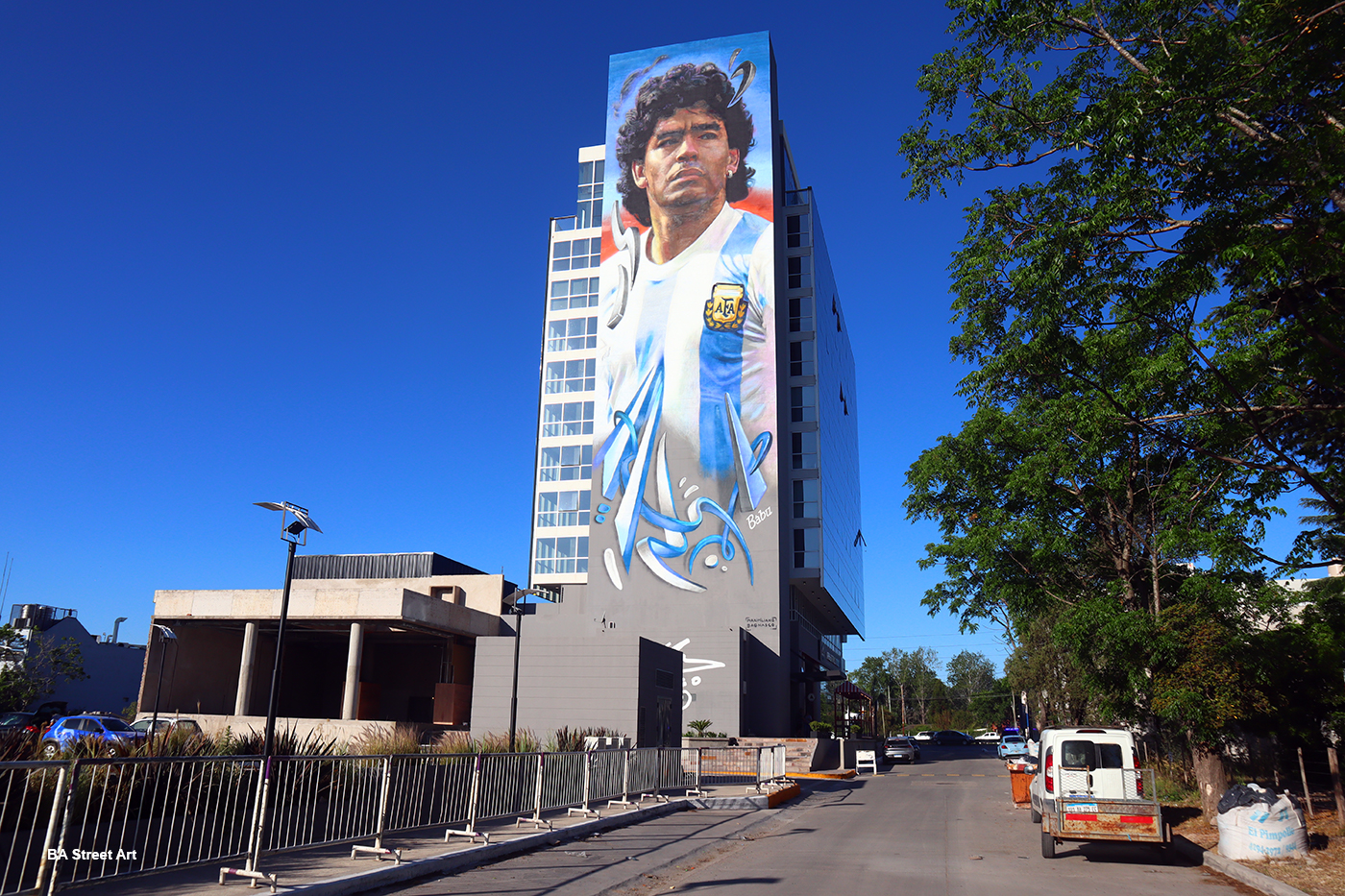 Passengers who fly into Ezeiza International Airport by plane can also see the towering mural of D10S. 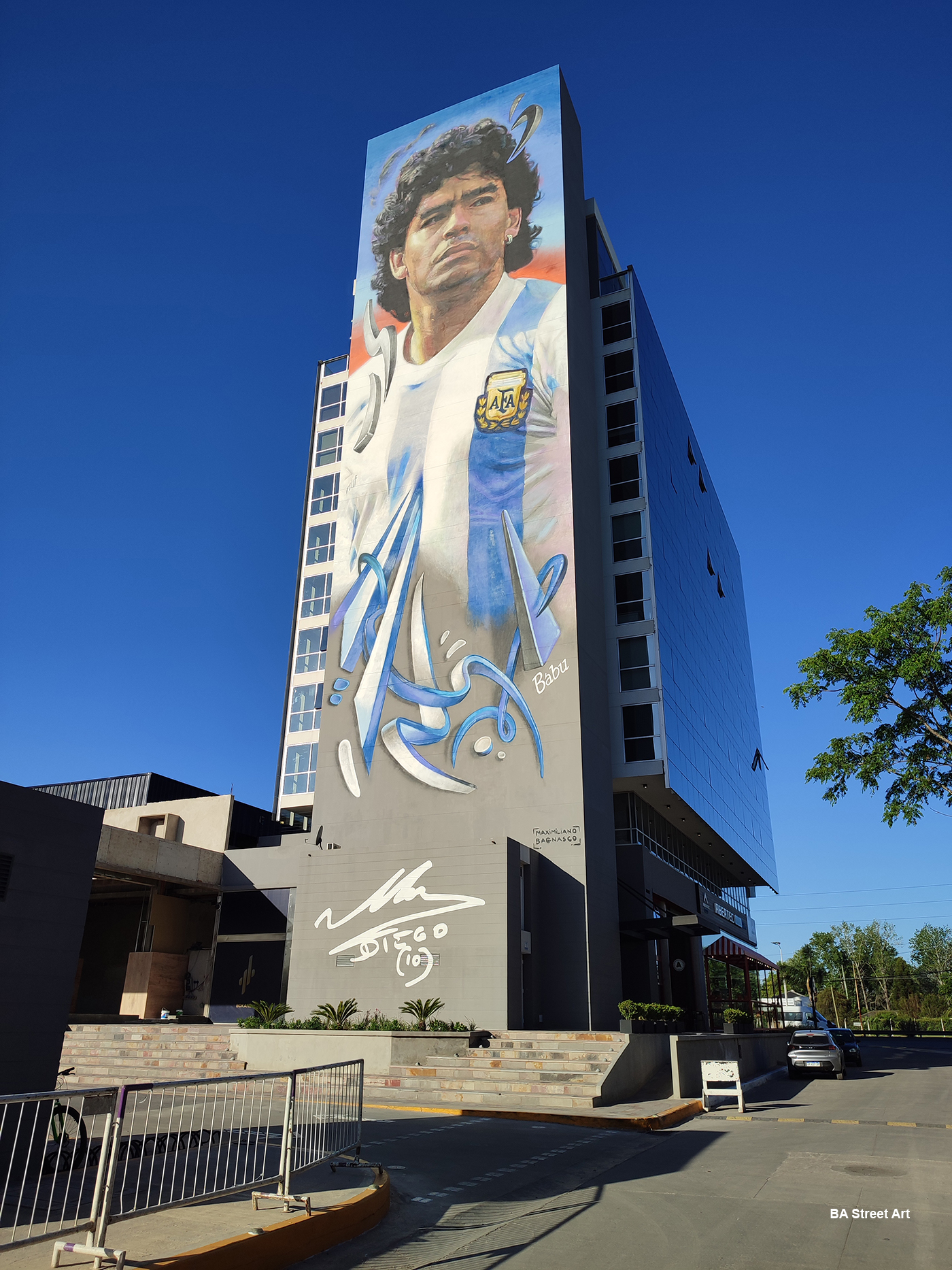 The mural also includes the signature of Diego Maradona painted at the bottom of the mural. 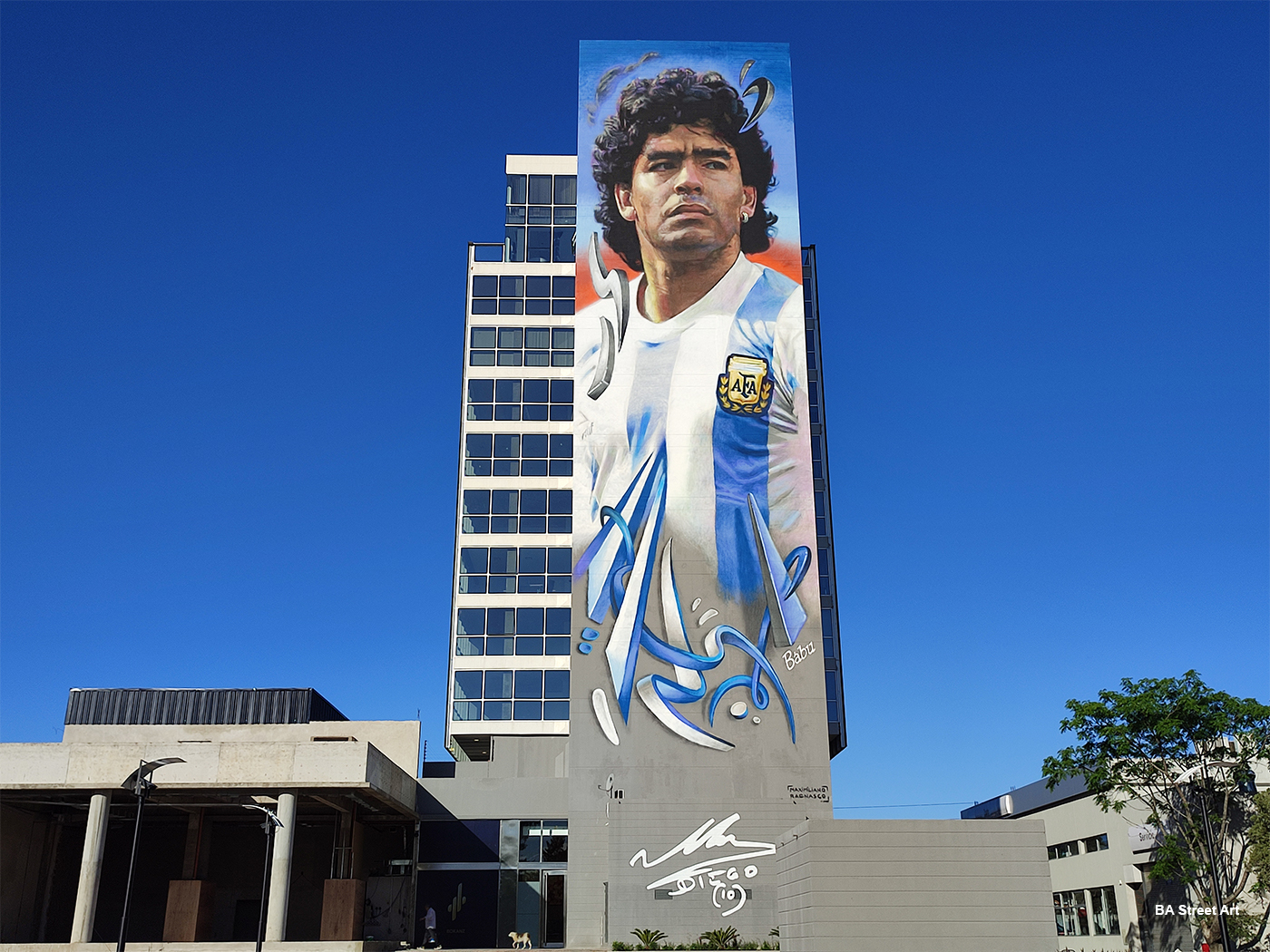 Maradona won the World Cup with Argentina in 1986 and helped his country to the final of the tournament again in 1990. He is widely regarded as the world’s greatest ever footballer. Argentina was in mourning and millions of football fans were in shock after the superstar player died on November 25th 2020. 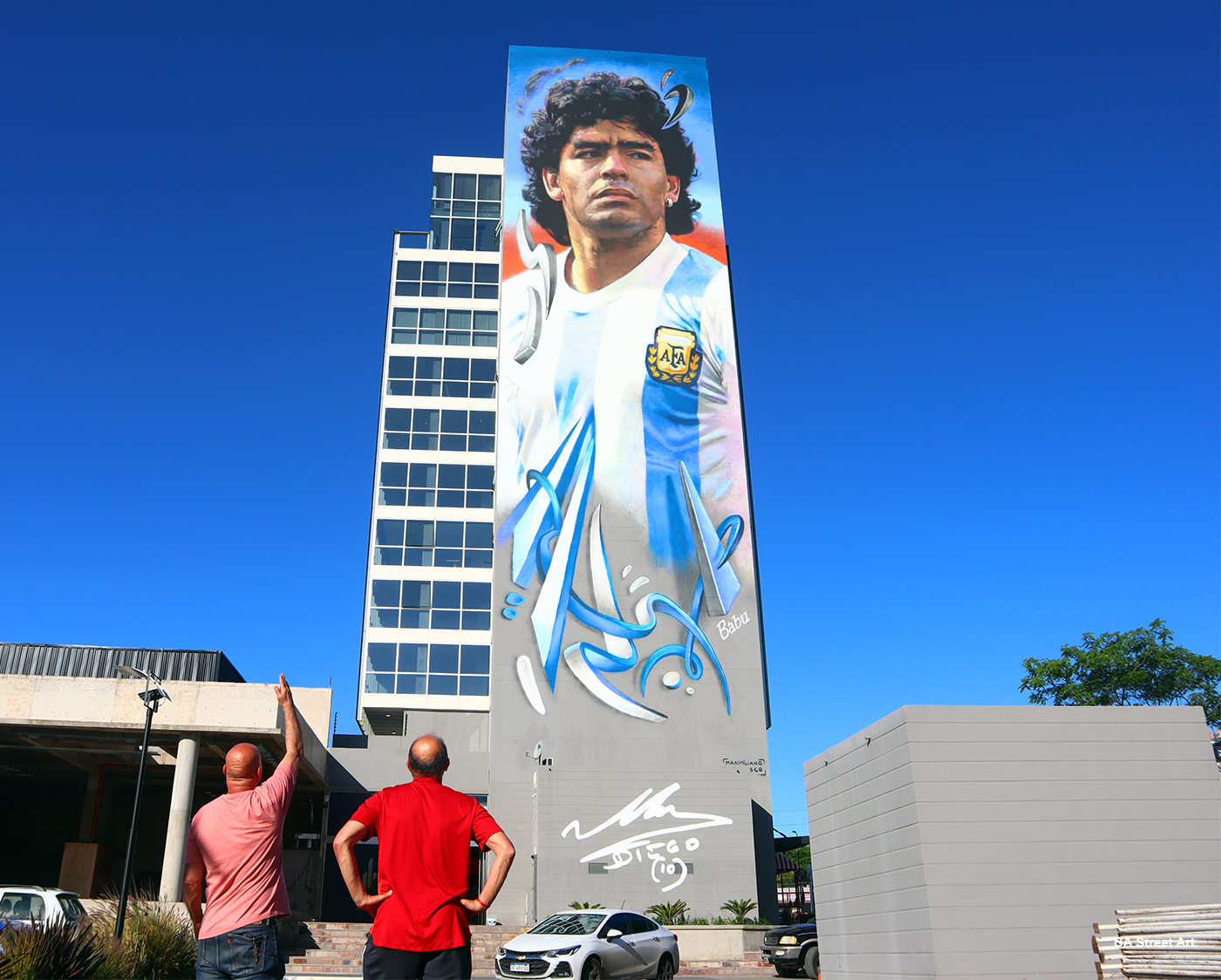 The artwork in Canning has already become a popular spot for visitors coming to check it out and take photos. The artwork in Canning has already become a popular spot for visitors coming to check it out and take photos.

Also check out our blog post about other Maradona street art in Buenos Aires painted by different artists. 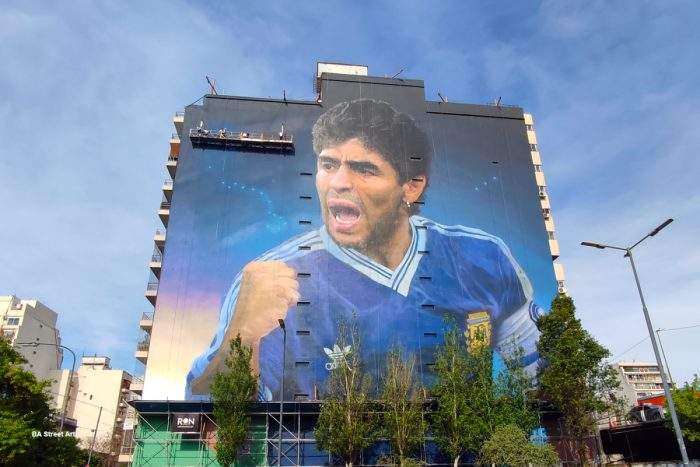 END_OF_DOCUMENT_TOKEN_TO_BE_REPLACED

Argentine muralist Martin Ron has completed a new giant mural of Diego Maradona in the city of Buenos Aires. Story... 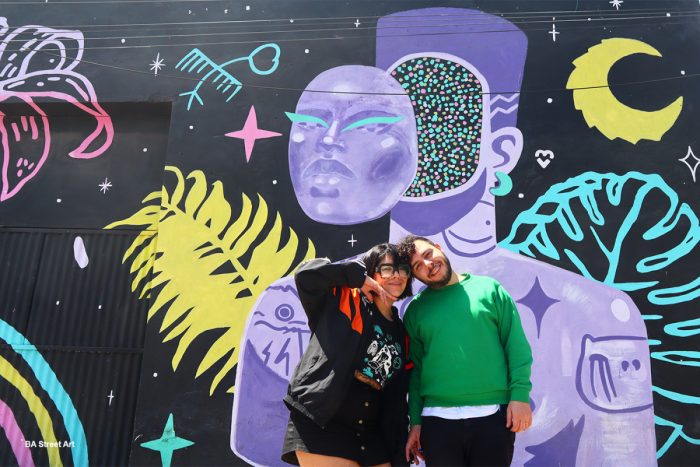 END_OF_DOCUMENT_TOKEN_TO_BE_REPLACED

Street artists Vero Corrales and Fer Gallucci are not only transforming the urban landscape in Tucumán by painting colourful and...