Artists have been painting new anti-war murals in Buenos Aires following the Russian invasion of Ukraine. 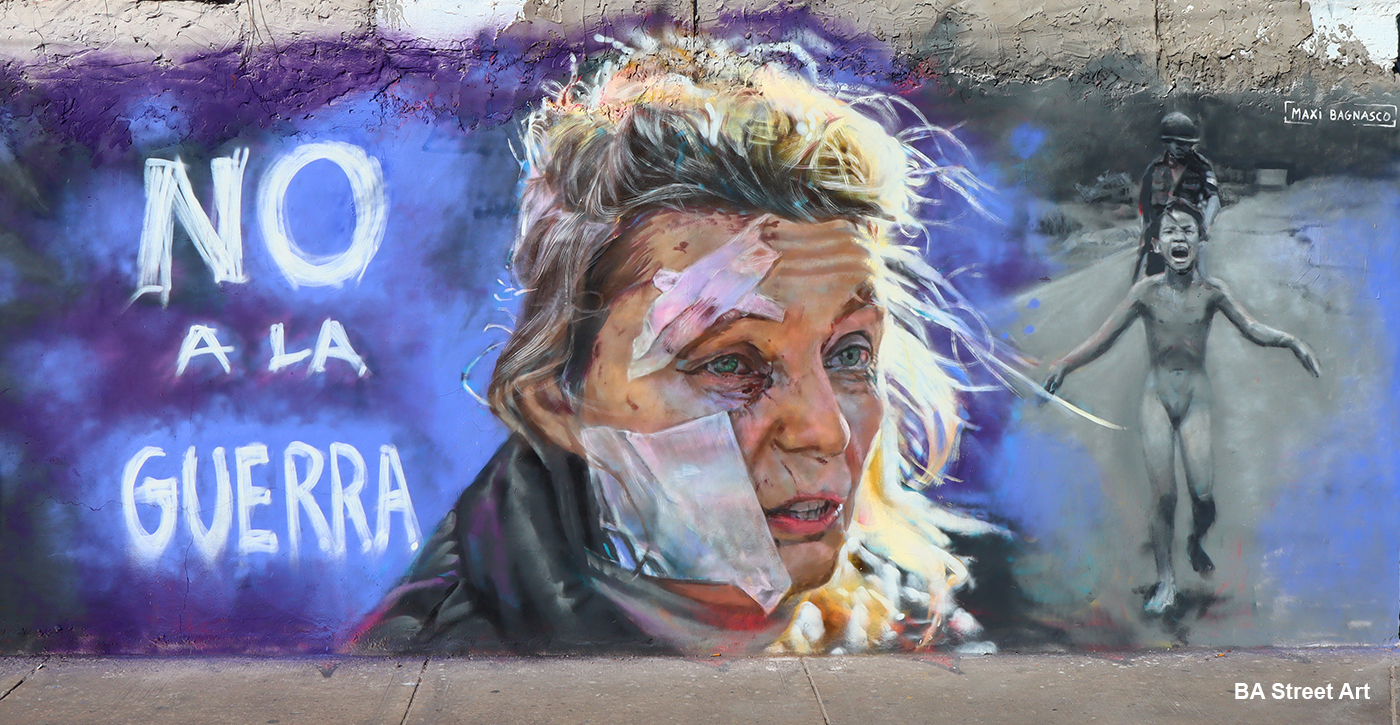 Argentine artist Maxi Bagnasco has painted an anti-war mural in Palermo that includes a portrait by AFP photographer Aris Messinis of a woman who was injured during Russian bombardment and invasion of Kiev. The victim is covered with bloodied bandages on her face.

The mural also includes an image from a photograph taken in 1972 during the Vietnam war that shows a naked Vietnamese girl crying with a U.S. soldier in the background. Maxi says the mural has an anti-war message in general rather than being specific to the Russia-Ukraine conflict. 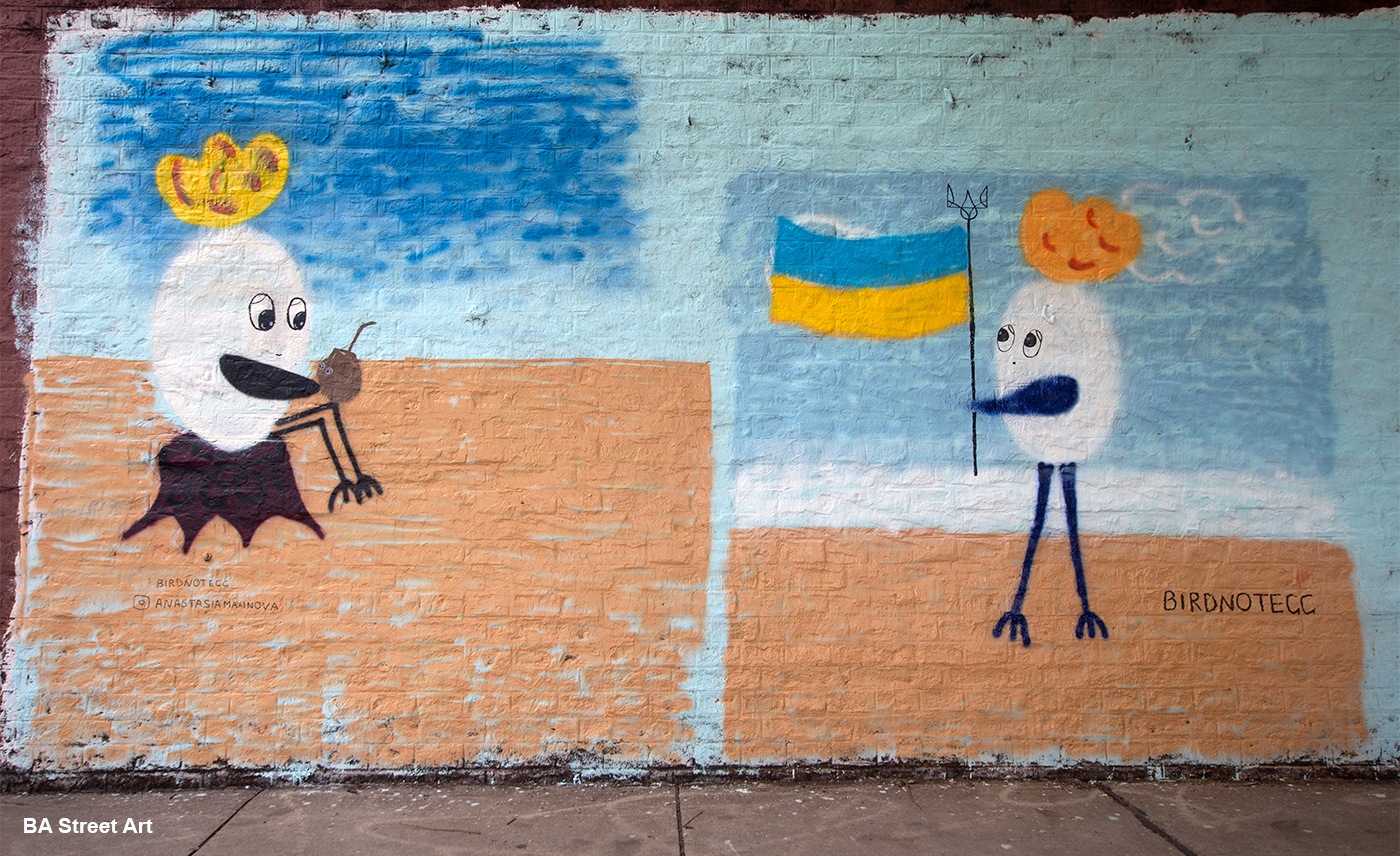 Artist Anastasia Maxinova, who is known for her cartoon characters Bird not Egg, has painted a mural in Palermo featuring a figure holding an Ukraine flag. Anastasia’s mother lives in Kiev and the artworks shows solidarity for the country and its people following the Russian invasion of the Ukrainian capital. 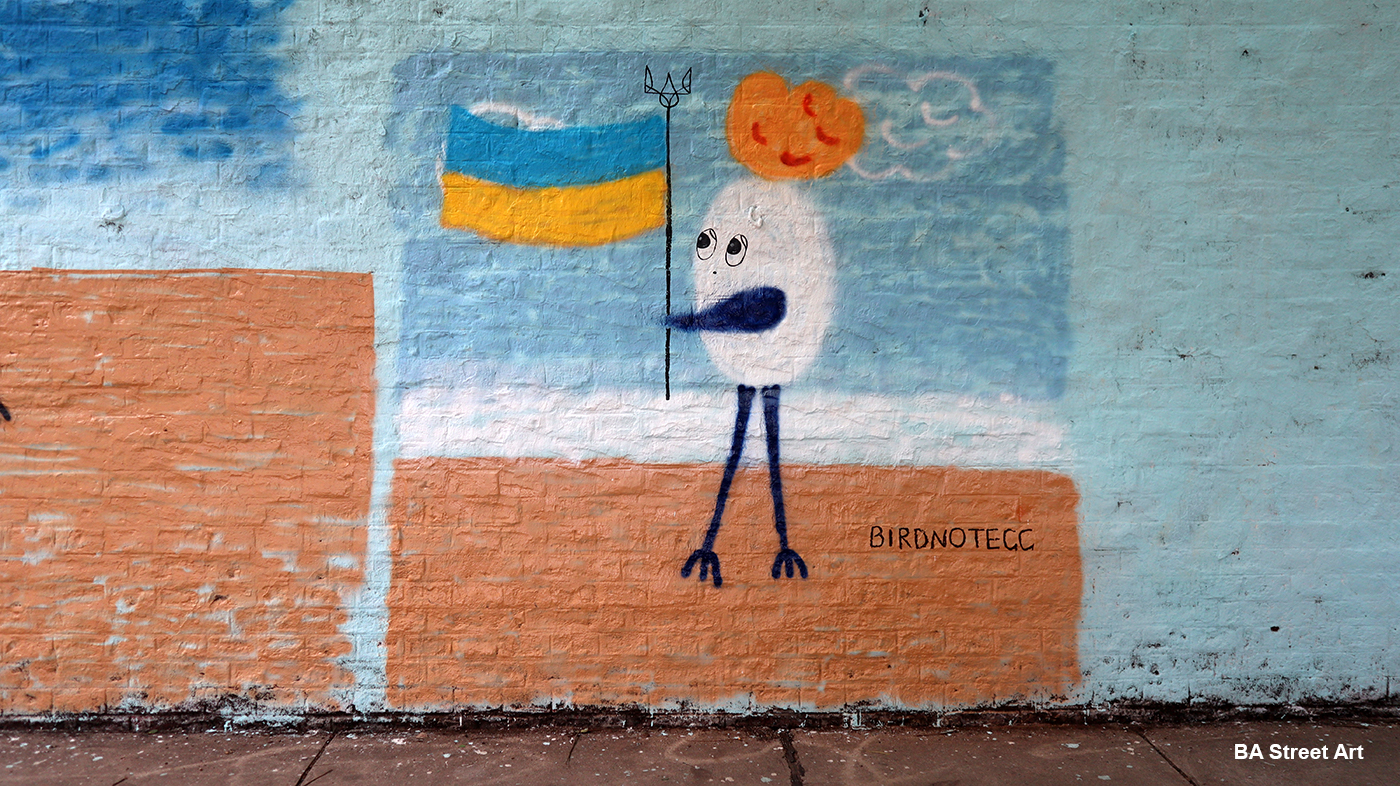 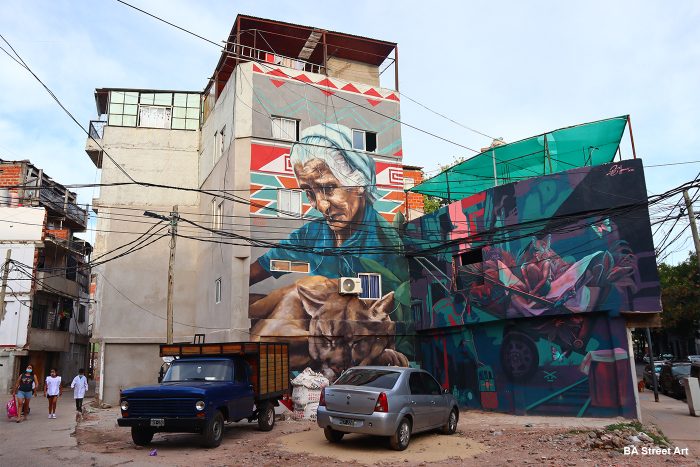 END_OF_DOCUMENT_TOKEN_TO_BE_REPLACED

Chris Herrera, Leti Bonetti and Nico Valerias have painted a new mural at Villa Fraga in Buenos Aires. Photos by... 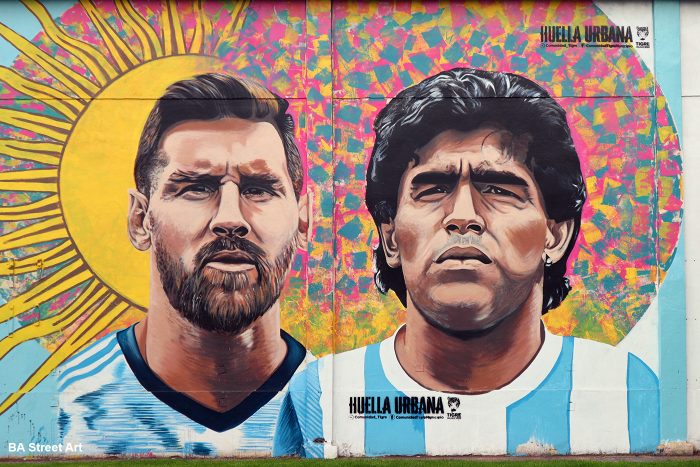 END_OF_DOCUMENT_TOKEN_TO_BE_REPLACED

Nora Basilio has painted a new mural of Diego Maradona and Lionel Messi in Tigre. Photos by BA Street Art.