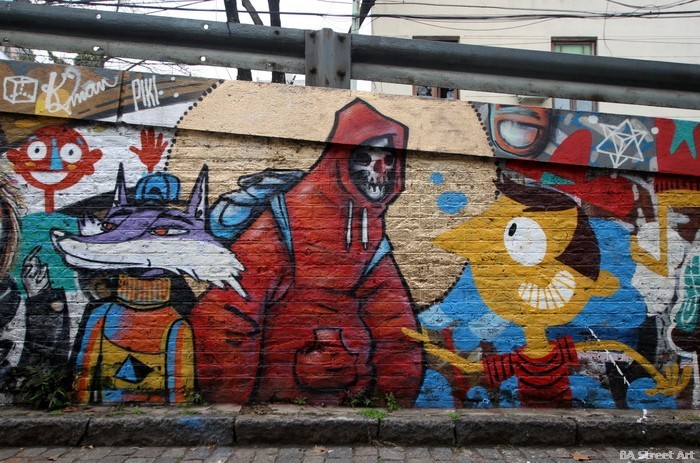 From left to right, characters by Piki, Grito and Mab 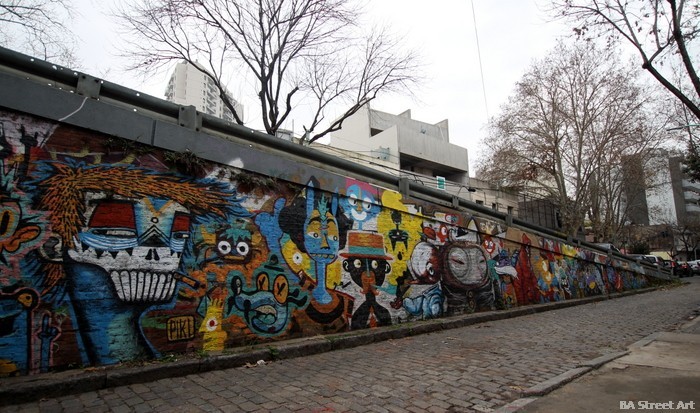 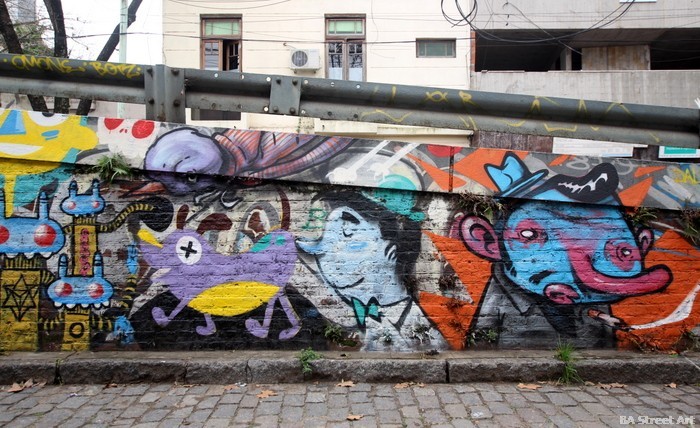 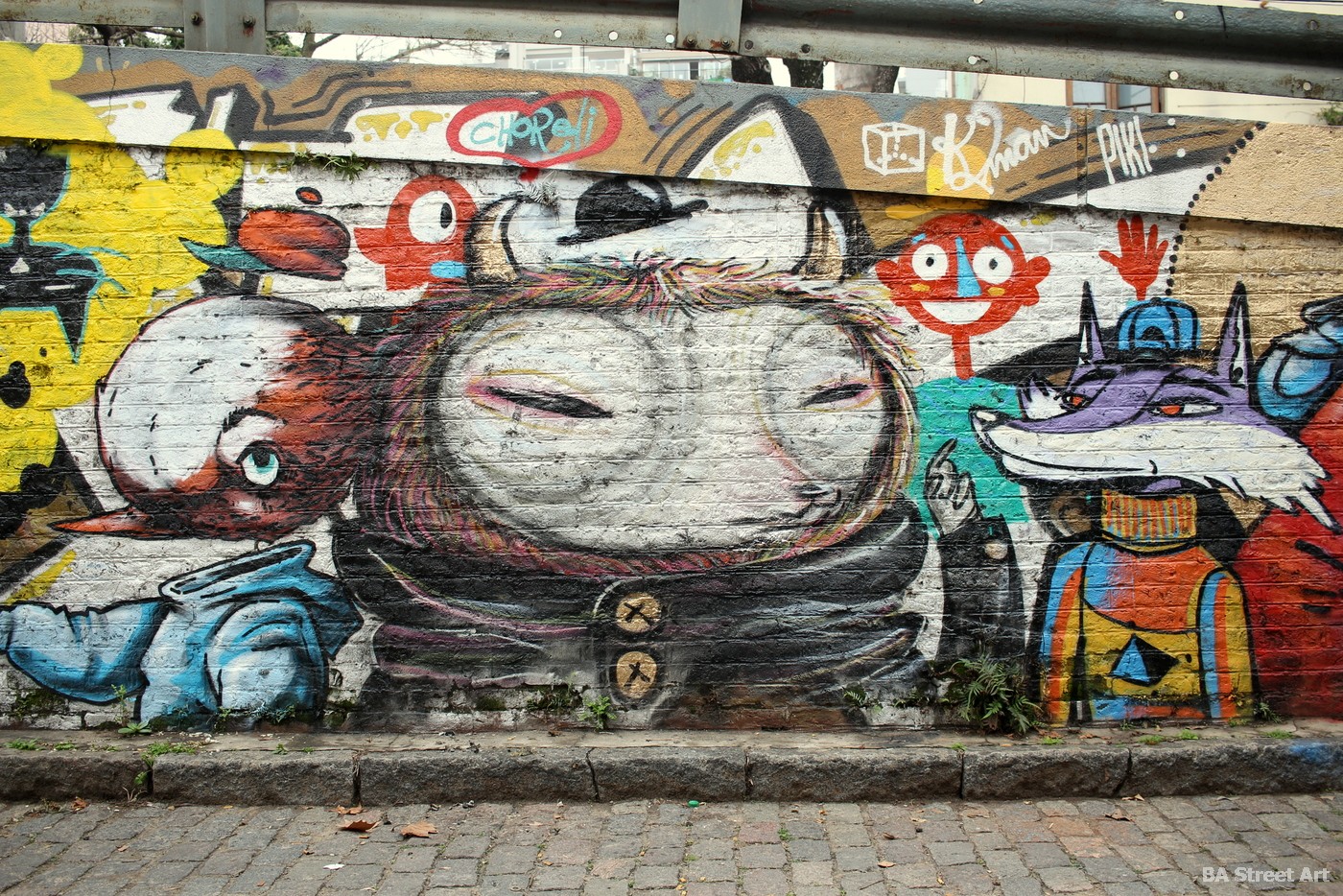 The wall is located on the bridge along Soler and Dorrego in Palermo Hollywood.