El Marian has painted a new mural relating to animal rights and the food industry in Argentina. His new mural called ‘Hunger Games’ relates Argentina being the largest producer of grain in the world but most of it is used to feed animals for human consumption. 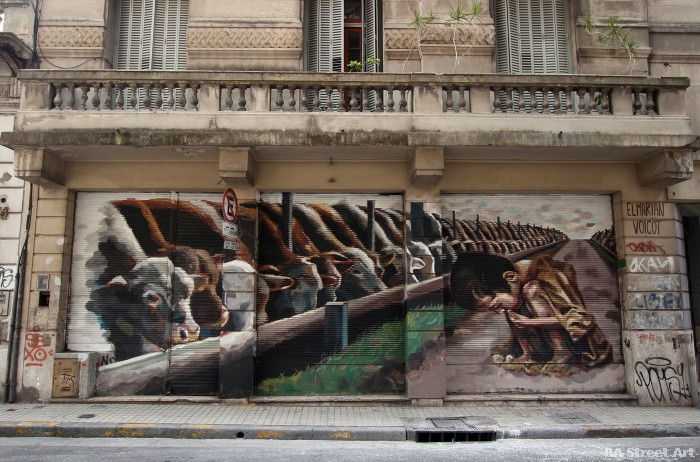 El Marian’s new mural in San Telmo features dozens of cattle eating out of a trough with a starving boy in the foreground. The animal rights group Voicot came up with the idea for the mural. 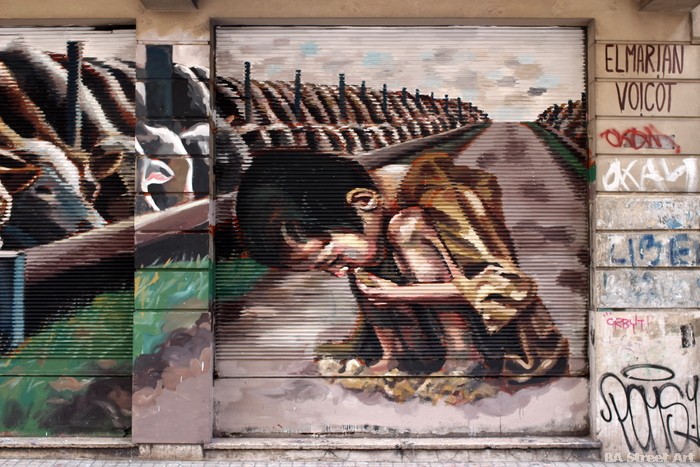 The artwork has been titled ‘Los juegos del hambre’ or ‘Hunger Games’. 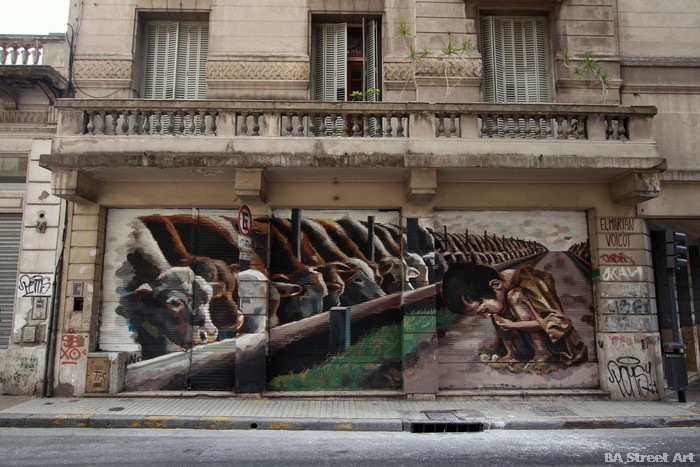 The mural is located on Venezuela and Piedras in San Telmo 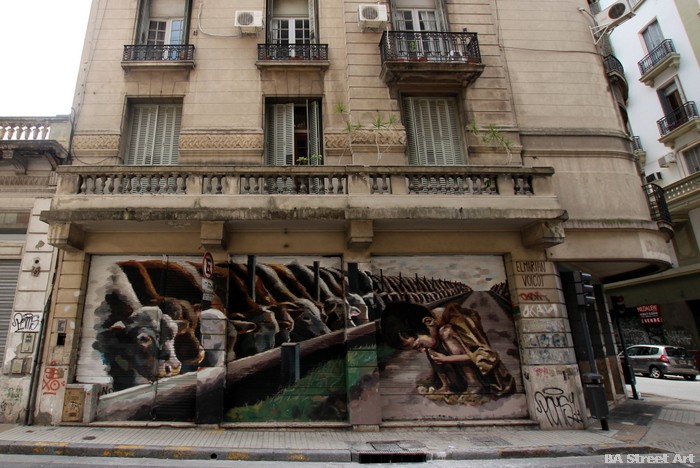