Alfredo Segatori has been painting the biggest mural in the world by a single street artist in Buenos Aires. The giant artwork measures more than 2000 metres squared and covers three adjoining buildings in Barracas. The work goes on… 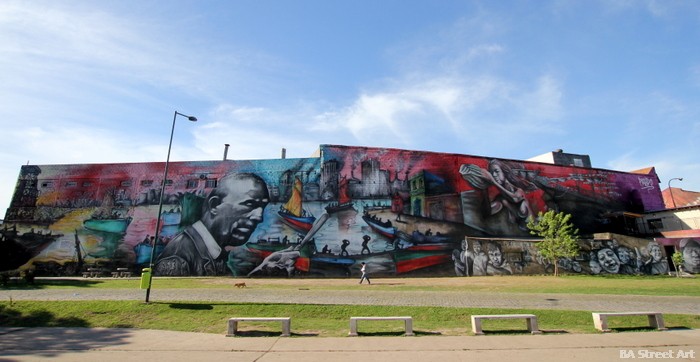 Main section of the mural

Segatori, who is the first recognised street artist in Argentina having first painted a mural in the street in 1994,’ started the project in June 2013. He completed the first part of the mural that measures 1300 metres squared in October 2014. It is entitled ‘The Return of Quinquela’ and features a portrait of Argentine painter Benito Quinquela Martin as its centrepiece and it stands 100 metres long by 13 metres high. Quinquela Martin was famous for his landscapes featuring dockyard workers in the port of Buenos Aires. 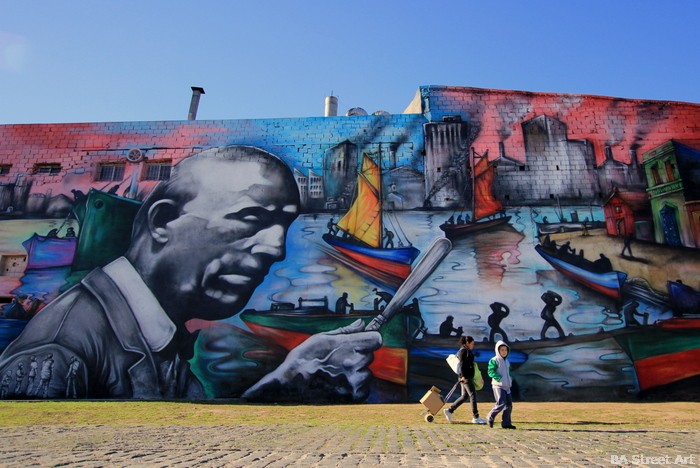 From April 2014, Segatori then started work on the next phase of the project after neighbours invited him to paint the fronts of their houses. The artist has now painted more than 70 portraits of local residents and people who frequent the area by the Riachuelo River. 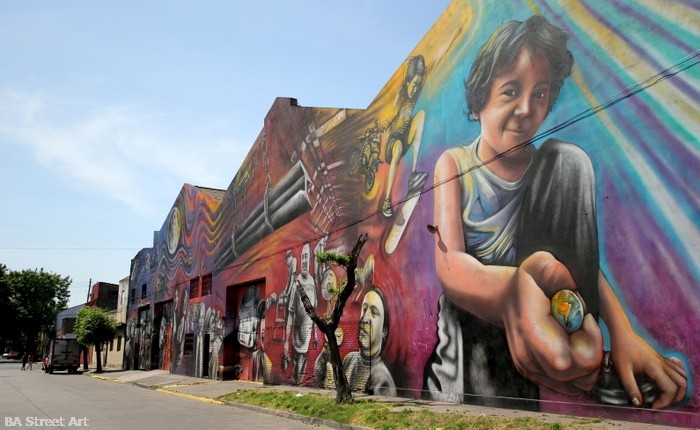 In July 2014, Alfredo then started the third part of the project creating a huge mural on the adjacent metal factory building that measures 700 metres squared. It features portraits of workers and also Segatori’s son Theo holding a marble with a map of the world in his hand. 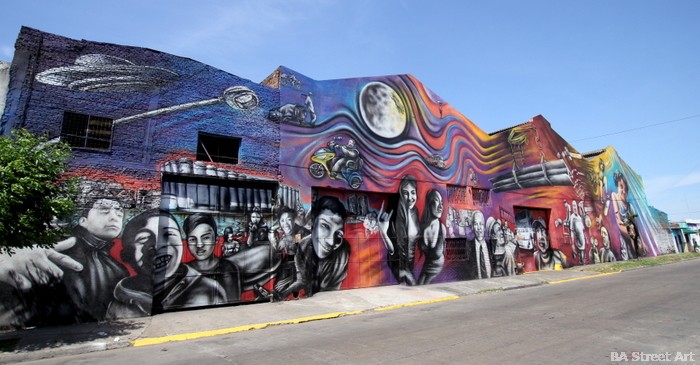 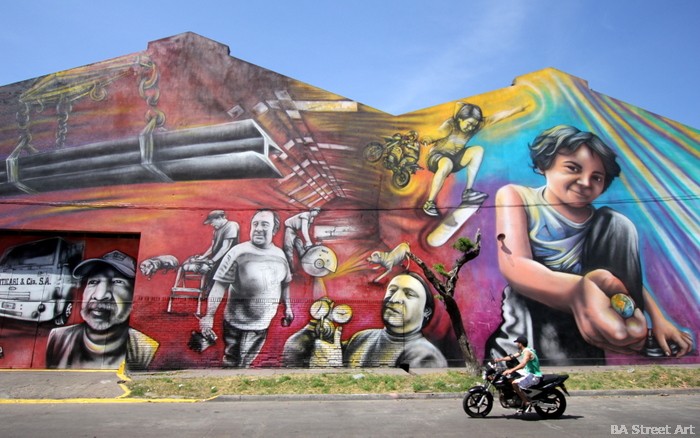 Details of the mural featuring metal worker Ramon in the centre

Metal factory with faces of the factory workers and neighbours finished in December 2014. 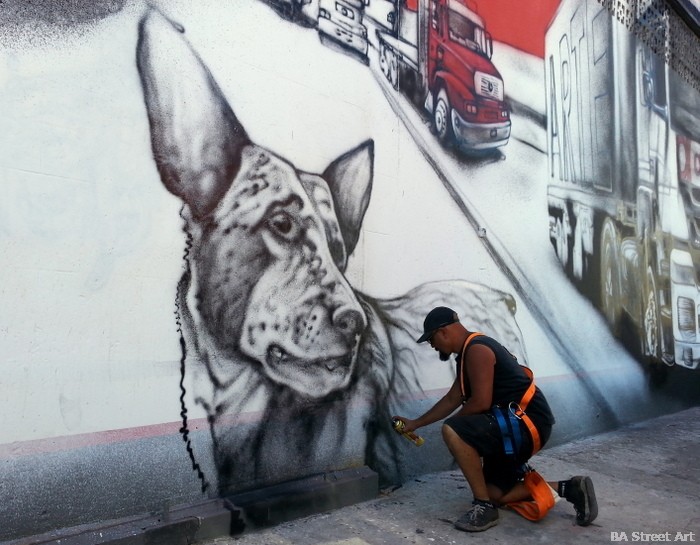 Segatori started the fourth part of the project last month and is painting the facade of freight transport company Alfa Logistica next door to the metal factory building. 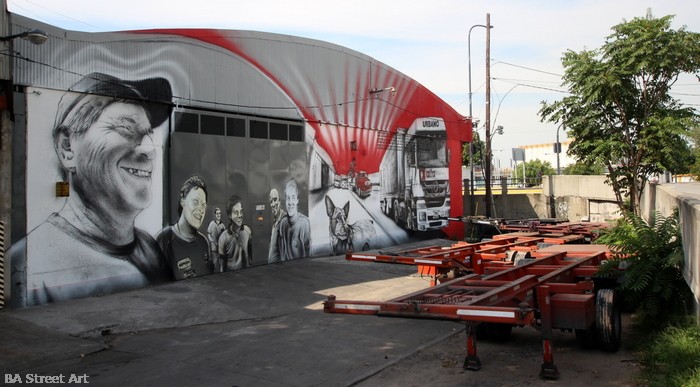 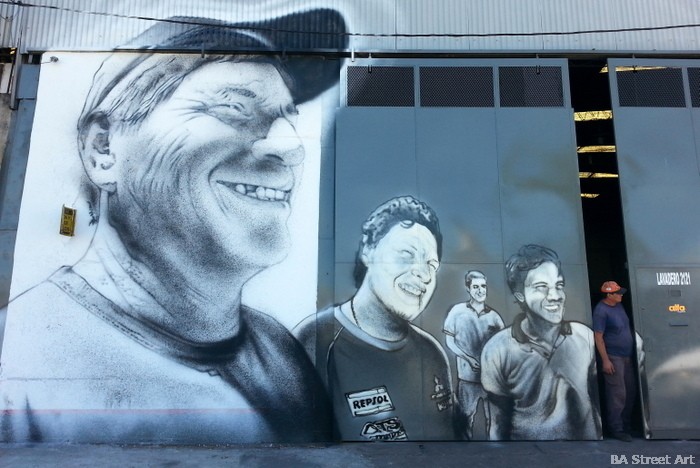 Portrait of company employee Jose Luis in the doorway. Segatori painted Jose Lius as a Christmas present as he was spending Christmas alone. 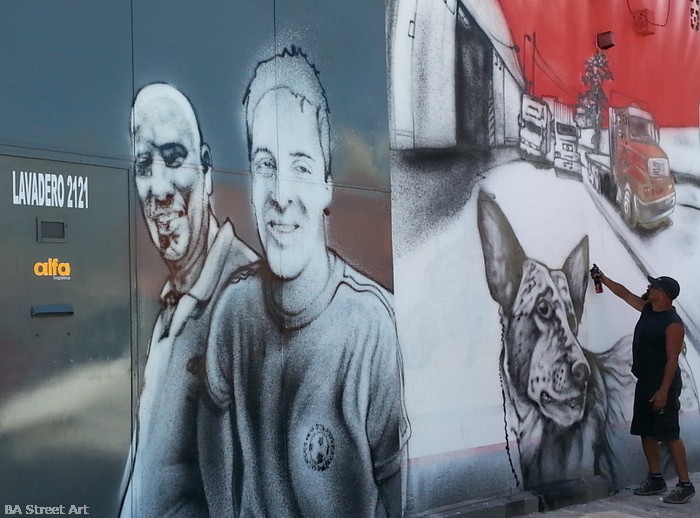 Segatori has used aerosol spray to paint all the portraits, animals and trucks on the front of the workshop. 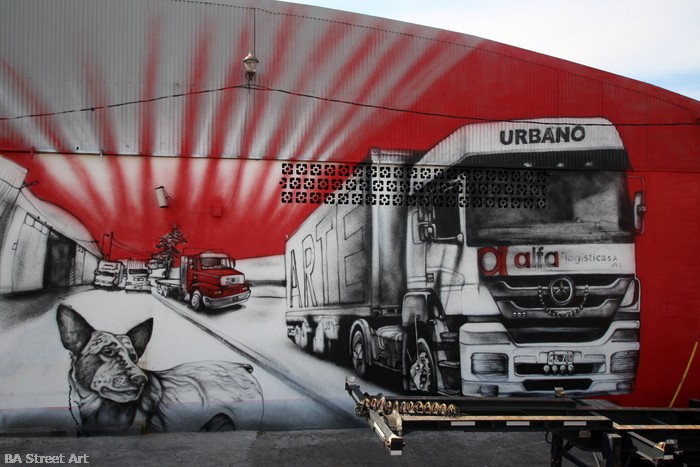 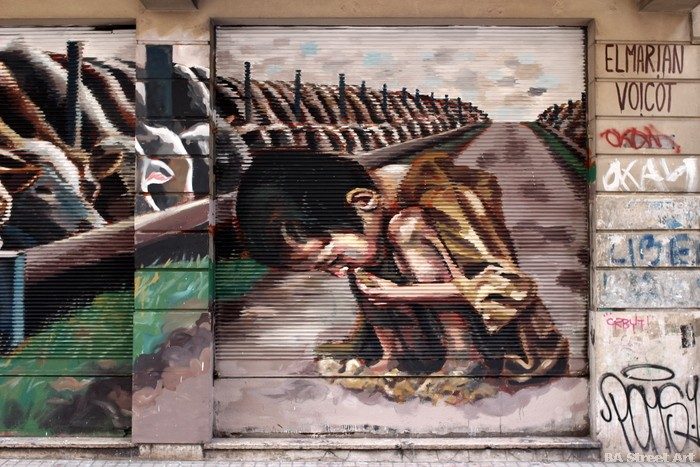 END_OF_DOCUMENT_TOKEN_TO_BE_REPLACED

El Marian has painted a new mural relating to animal rights and the food industry in Argentina. His new mural... 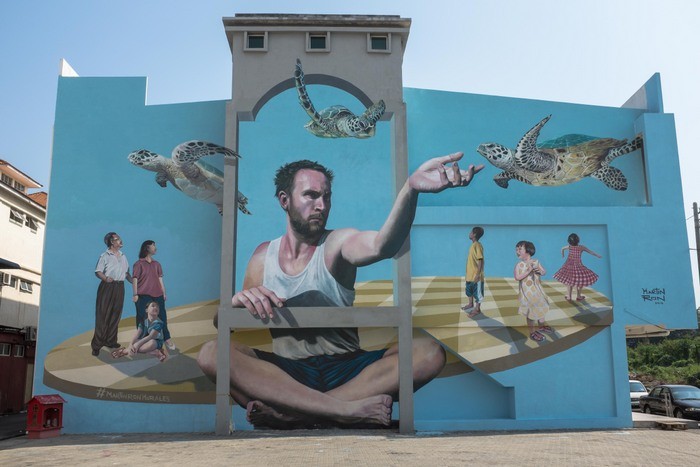