A mural painted by Italian street artist Blu in Buenos Aires in November 2011 that was later defaced has been given a new look by Astrid and Nacho. Exclusive photos by Buenos Aires Street Art.

Blu and the redhead in Buenos Aires

Astrid and Nacho haven’t painted over Blu’s artwork but have instead made a sensitive intervention a few months ago on top of a part of the mural that was defaced with the word “Y?” meaning “And?” and a tag, and used colours that relate to Blu’s original design.

Blu’s controversial mural provoked plenty of debate on the Facebook page of Buenos Aires Street Art after we published exclusive photos shortly after it was finished and again after the mural was defaced. 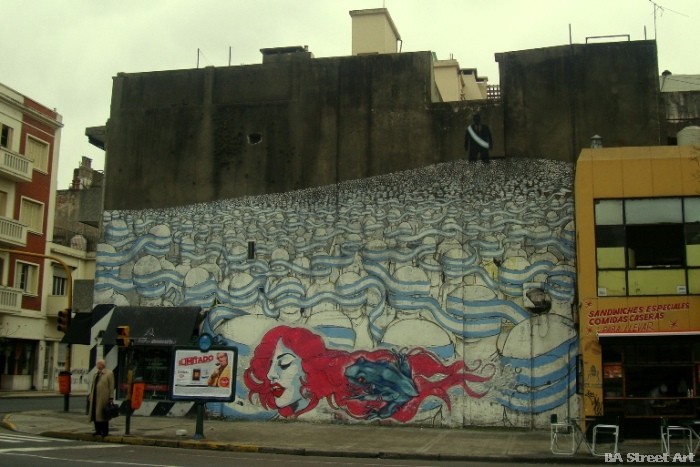 Blu and the redhead by Astrid and frog by Nacho 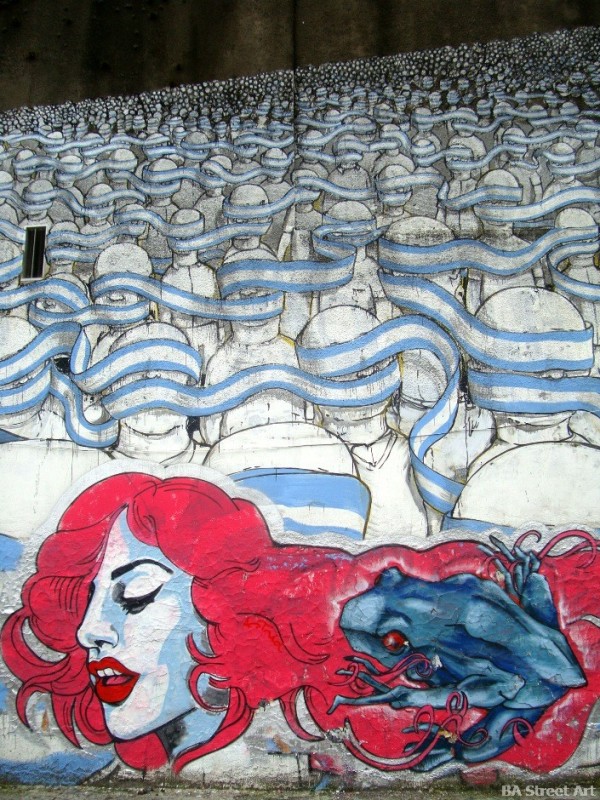 One reply on “Blu mural in Buenos Aires gets new look”