New mural by Blu in Buenos Aires. It features hundreds of figures with their eyes covered by one endless blindfold in the colours of the Argentine national flag. Exclusive photos by Buenos Aires Street Art.

Mural by Blu featuring a flock of people seem to be obediently following their leader, a dark figure, who stands above them wearing a presidential sash and a suit and tie. 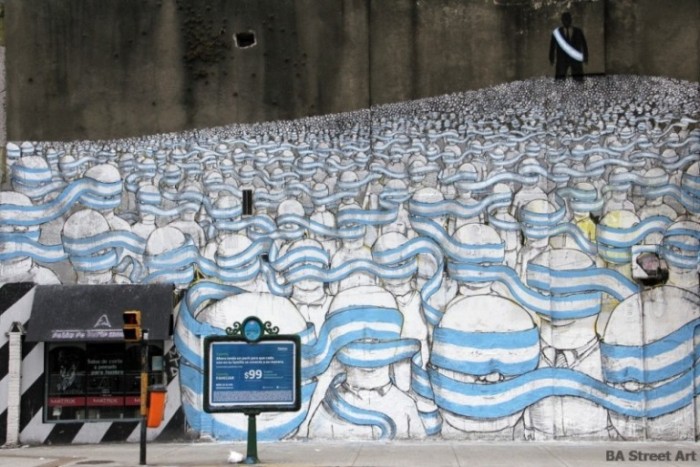 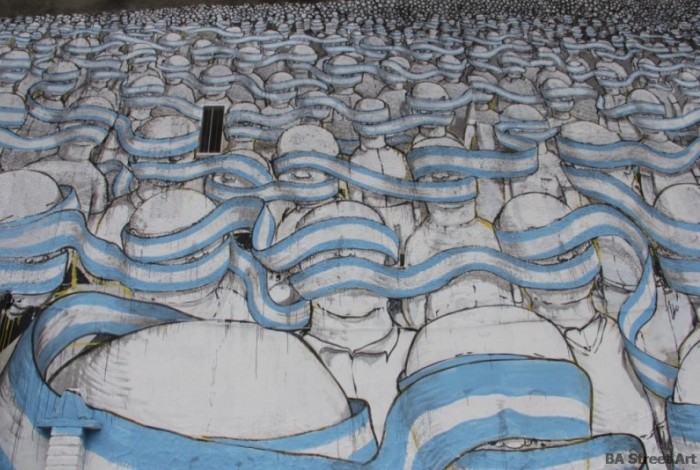 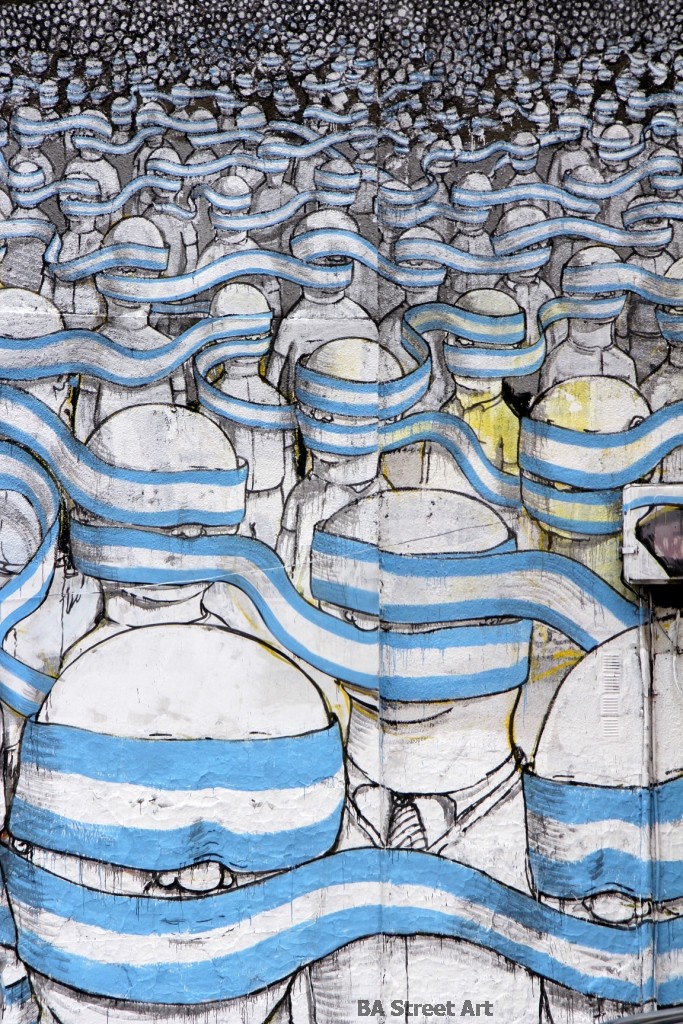 Would be interesting to hear what you make of Blu’s new design and what it might be saying about Argentine politics. Check out more comments about Blu’s mural on our Facebook page
All photos © Buenos Aires Street Art

26 replies on “Blu in Buenos Aires”