This weekend is the biggest match of domestic football season, el superclásico. Boca Juniors take on River Plate in La Bombonera in the fixture described as the most intense rivalry in world football.

Much more lies at stake than just bragging rights between Argentina’s two biggest and most successful football clubs, the result of the match could determine the future of both managers, players and a president. Boca Juniors have had one of the worst seasons in recent memory and lie in mid-table. Their manager Julio César Falcioni is under pressure while the club also has presidential elections in December.

Boca’s all-time record goal-scorer and captain Martin Palermo is set to leave at the end of the season, and the club’s directors still have to vote on whether to renew the contract of Juan Román Riquelme. 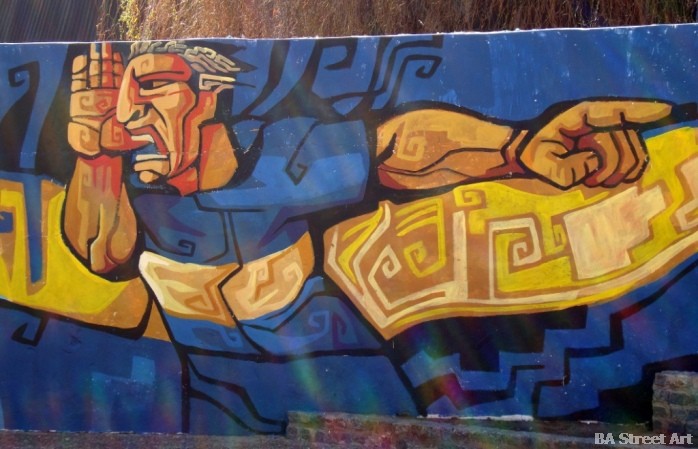 Martin Palermo – traditional mural of the striker in La Boca 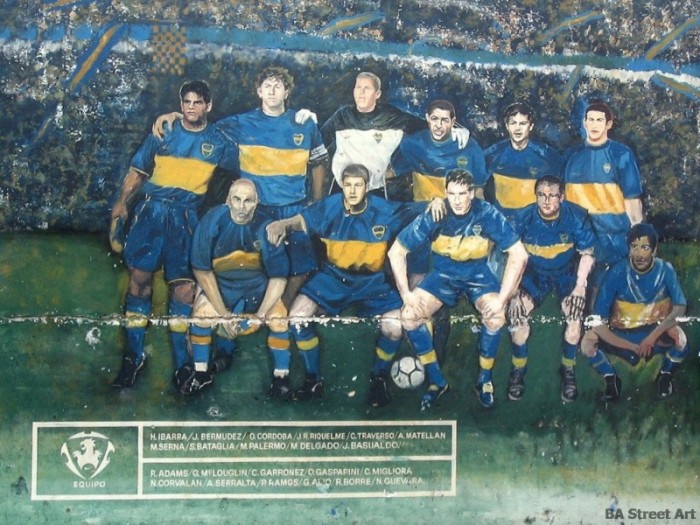 River, meanwhile, lie fourth in the Clausura championship but face a threat of relegation under the system where the two teams with the worst three-year points average go down. And River manager Juan José Lopéz is still to win over ‘los millionarios’ (River’s fans are nicknamed ‘the millionaires’) with his defensive tactics and the team’s inconsistent results.

Stencils by Run Dont Walk are among the many examples of street art around Buenos Aires depicting the blue and yellow colours of Boca Juniors.

Boca’s colours derive from those of the Swedish flag. According to legend, in 1906 Boca played another team that wore a pink strip to decide who would get to keep it. Boca lost, and decided to adopt the colours of the flag of the first boat to sail into the port at La Boca. This proved to be the freighter “Drottning Sophia”, a Swedish vessel sailing from Copenhagen. 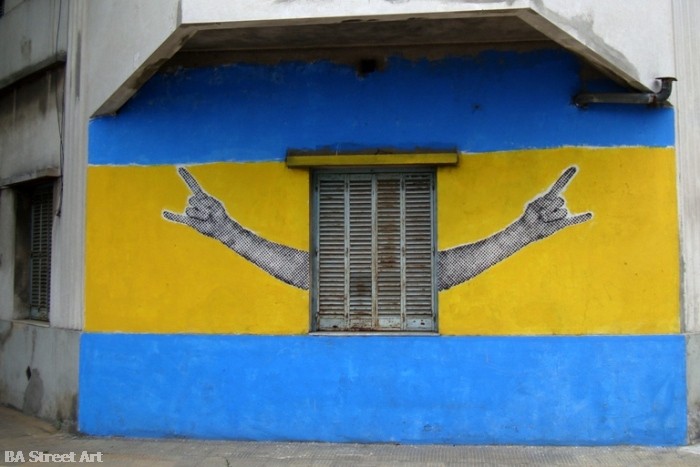 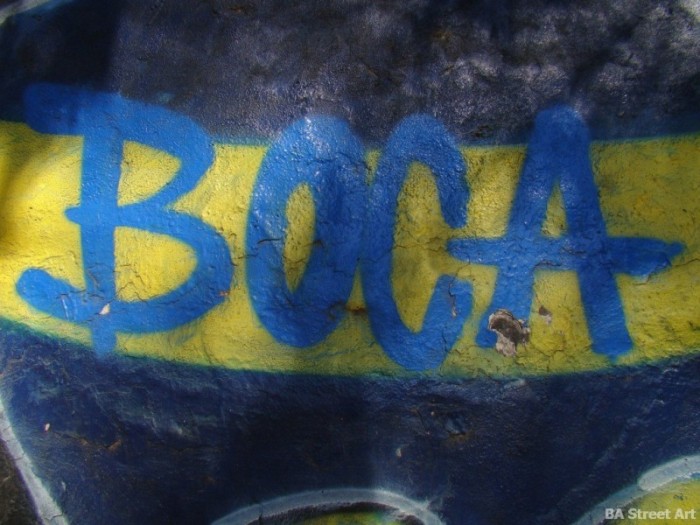 Many walls and houses around the neighbourhood are also painted with murals in the famous colours.

River haven’t won at La Bombonera since 16 May 2004, and after suffering a 2-0 home defeat to All Boys in their last match, Boca will be the favourites After superclásicos it’s common to see graffiti with the fans of the winning team ‘ribbing’ their bitter rivals. This road sign takes the mickey out of River, or as the Boca fans would say: “Boca le rompe el orto a River”.

Many famous footballers have played for Boca including of course Diego Maradona who sported a bizarre haircut in the team’s colours during his second spell with the club. More recently Claudio Caniggia, Gabriel Batistuta, Sebastián Battaglia and Carlos Tévez. 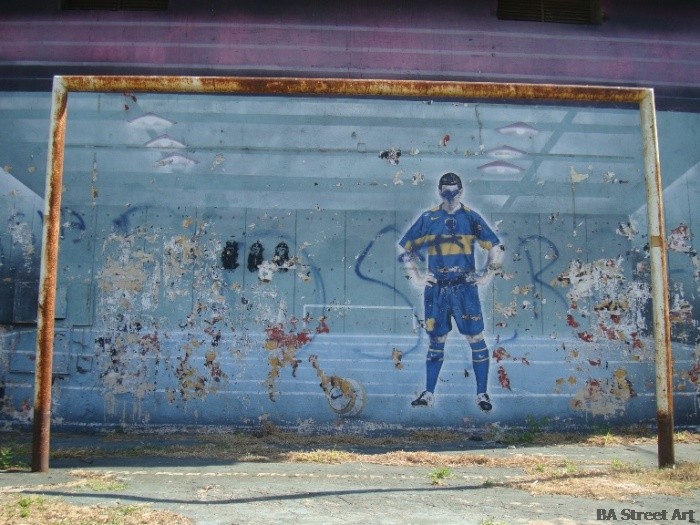 Tévez joined Boca Juniors aged 16 and spent three years at the club before moving to Brazilian club Corinthians for 15 million euros. It was the most expensive transfer in South American football at the time.

Guille Barros Schelotto was one of Boca Junior’s most popular players. The forward was at the club for 10 years before signing a contract with Major League Soccer club Columbus Crew in 1997.