Georgina Ciotti unveiled her latest artwork last night painted on the facade of Cultivarte, the bar and theatre space in Palermo Soho. The mural is named “Olivia” after the daughter of a friend of Georgina’s who nearly drowned but fortunately survived and depicts gods of protection. It took her a month to complete working an average of five hours a day under lamplight after dark. 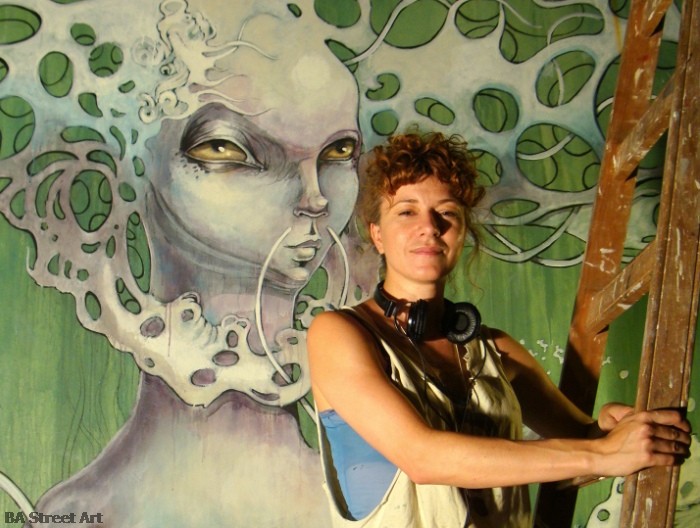 Georgina Ciotti with her latest mural

The Argentine artist has also worked with famous cinema directors including Pedro Almodovar, Peter Greenaway and Spike Lee, and was as a conceptual designer on Guillermo del Toro’s award-winning movie Pan’s Labyrinth.

Georgina, who spends her time between Buenos Aires and Barcelona, also exhibited another of her artworks painted on canvas.