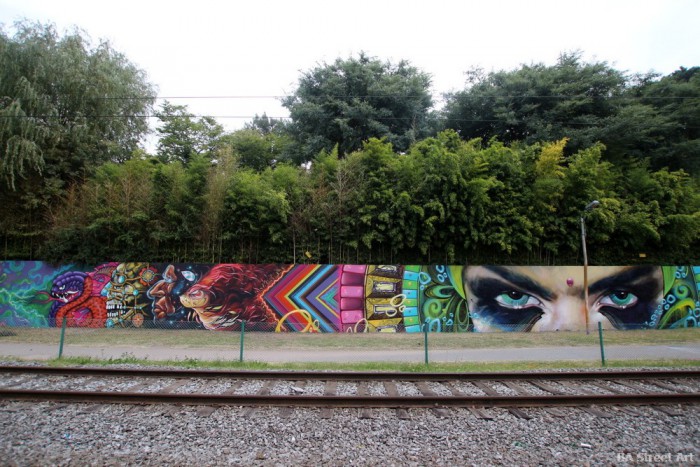 Street artist Bater, who organised the project, told BA Street Art: “The mural represents the power of the human and the inner energy, the energy we humans transmit physically and spiritually.” He added: “You can see the eyes of the woman, the intense look she has and the colours which are coming out like an aura. There are also some animals that take us to the metamorphosis of the human being as our pre-Columbian ancestors did.” 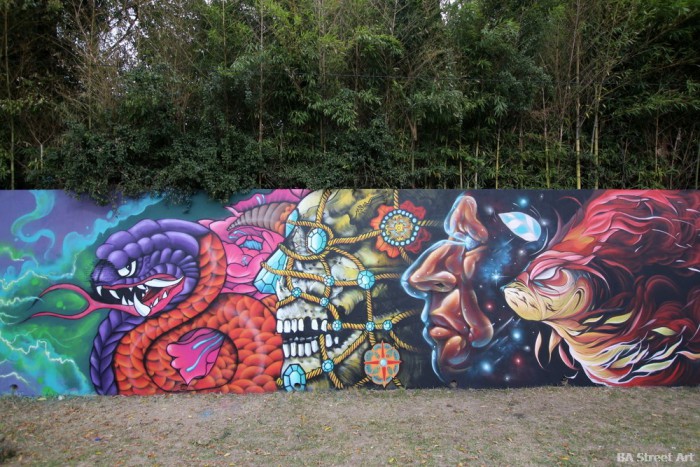 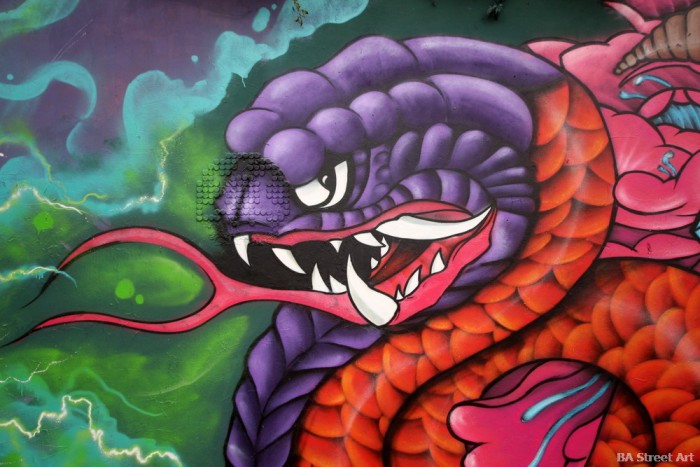 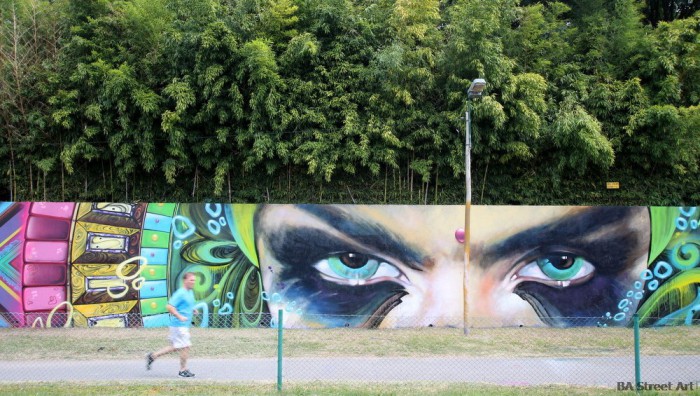 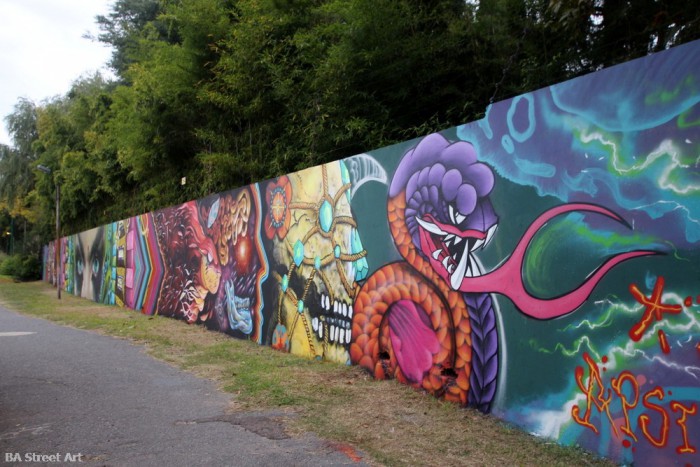 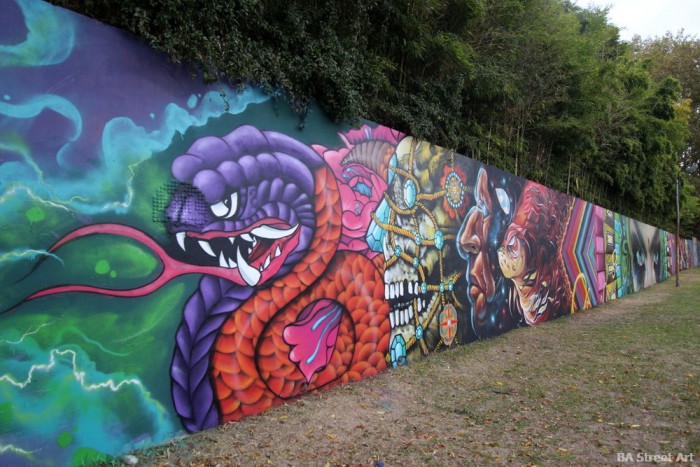 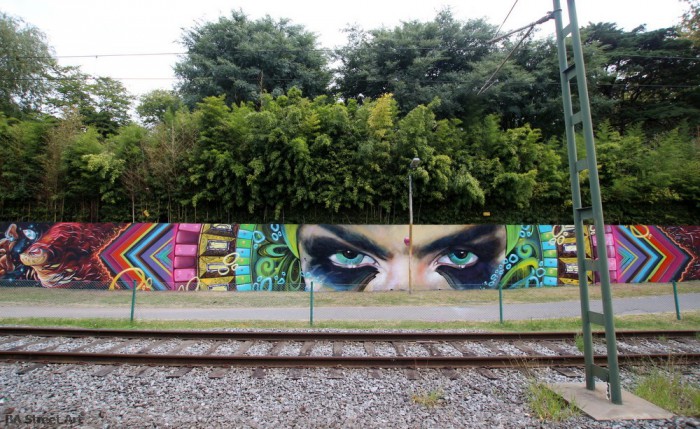