The artworks that run along the platform in the direction of Leandro N. Alem are based around a jungle scene with tribesmen, fauna and flora. 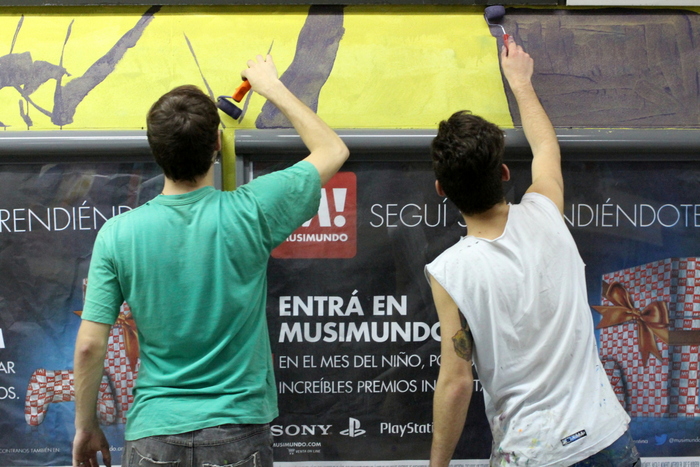 Background – Sasha from Primo and Jiant

The five artists started work the day after the first group of artists Animalito Land, Ice, Luxor and Oz Montania finished their huge mural on the opposite platform. 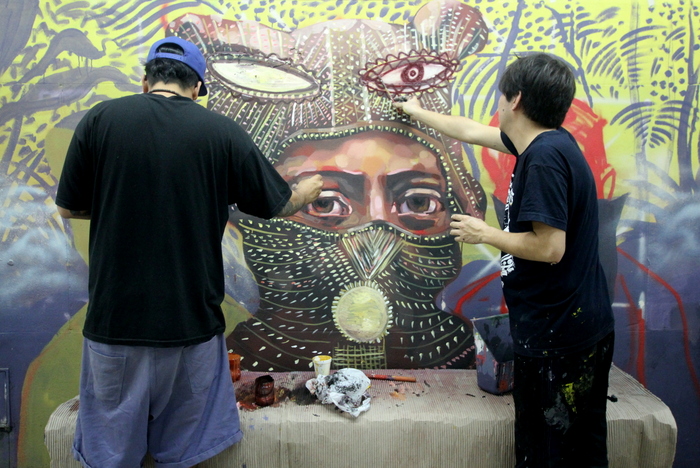 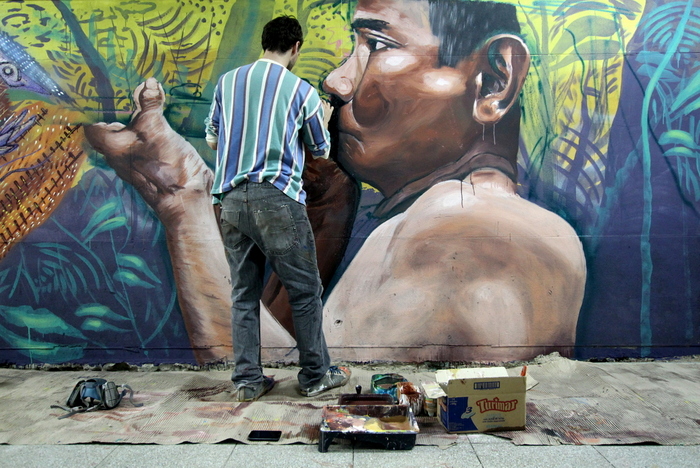 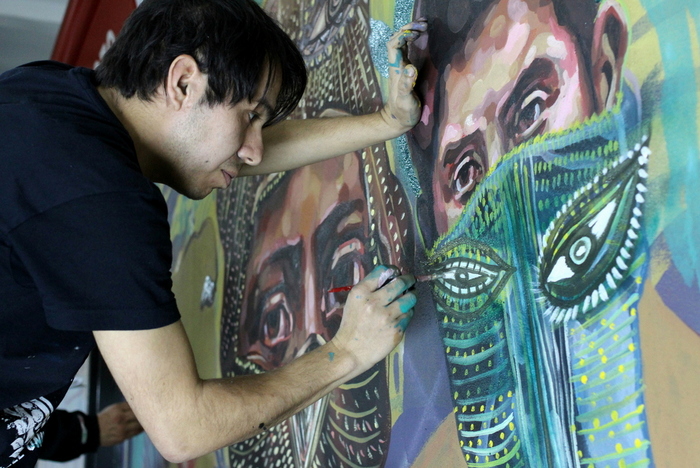 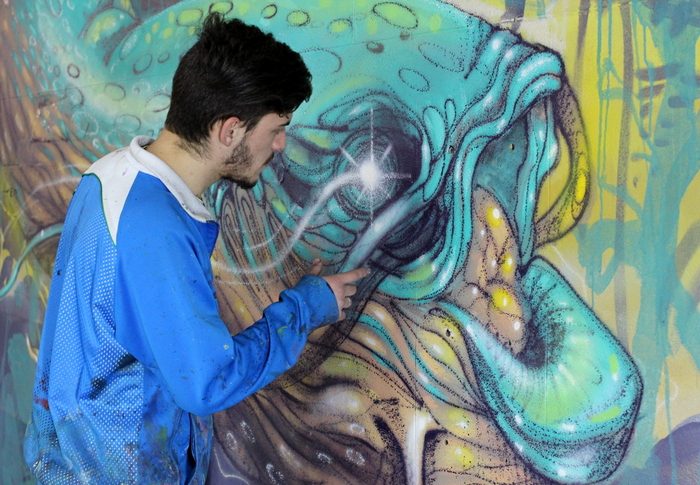 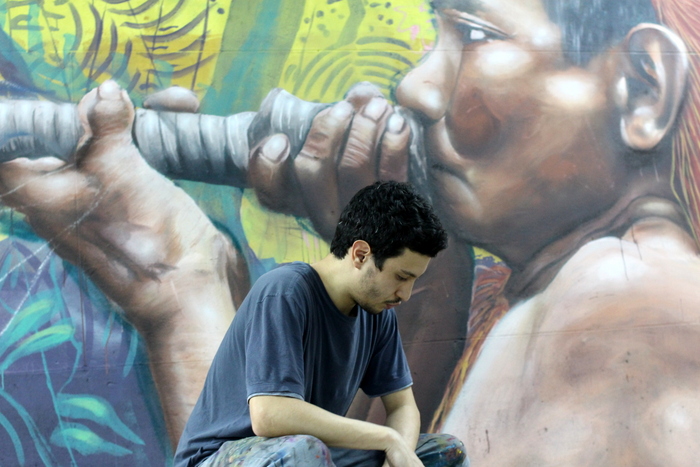 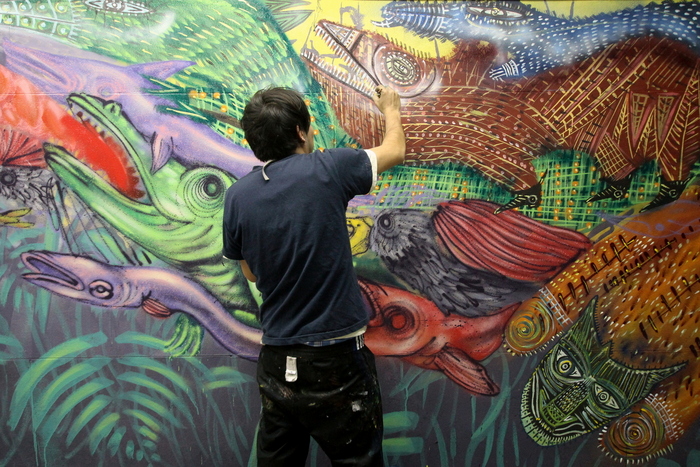 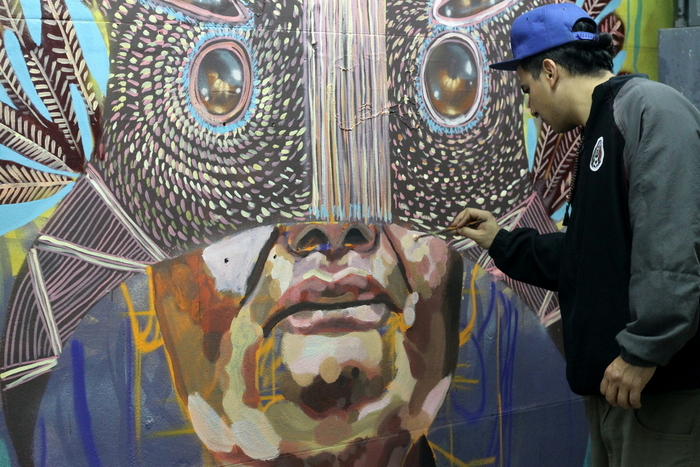 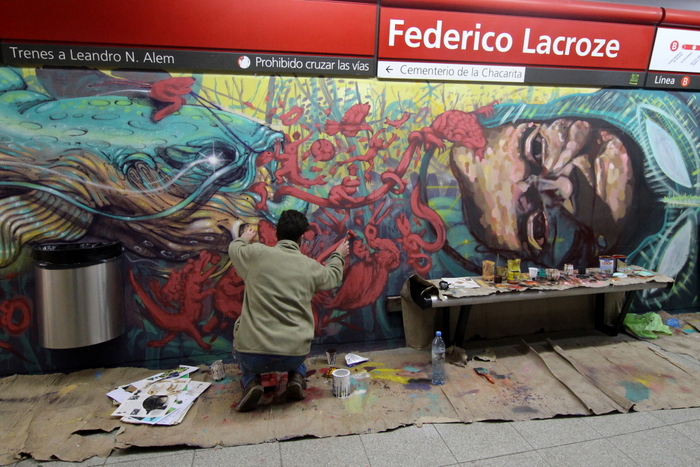 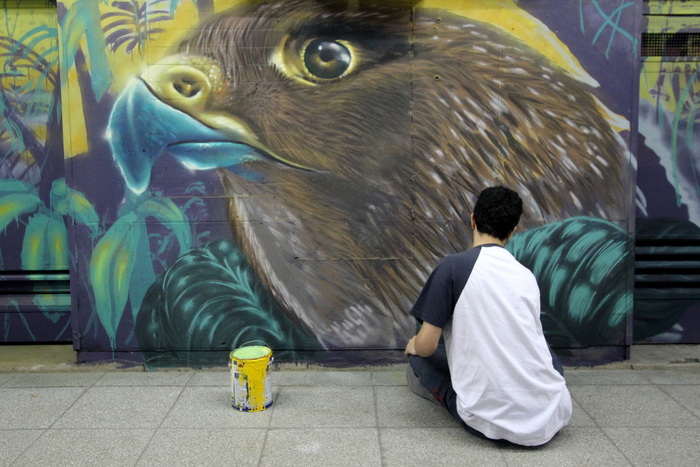 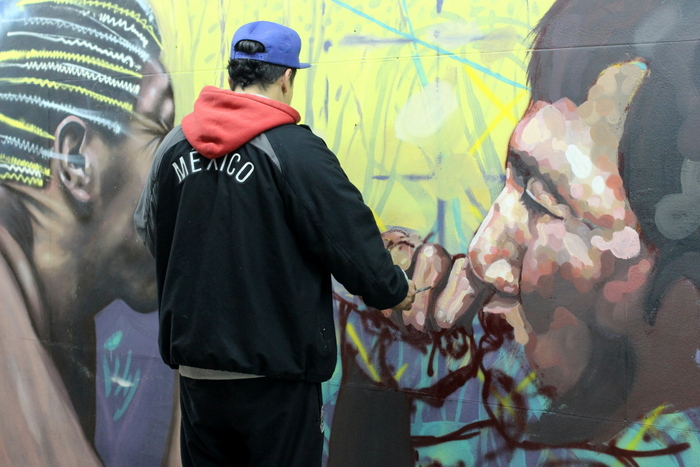 The project was curated by Buenos Aires Street Art and is part of an initiative by SBASE (Subterraneos de Buenos Aires) to paint murals in stations along Linea B and other parts of the metro network.