El Marian has painted a new mural of Diego Maradona at the stadium of Argentinos Juniors in Buenos Aires to commemorate the 52nd birthday of Argentina’s most famous footballer. 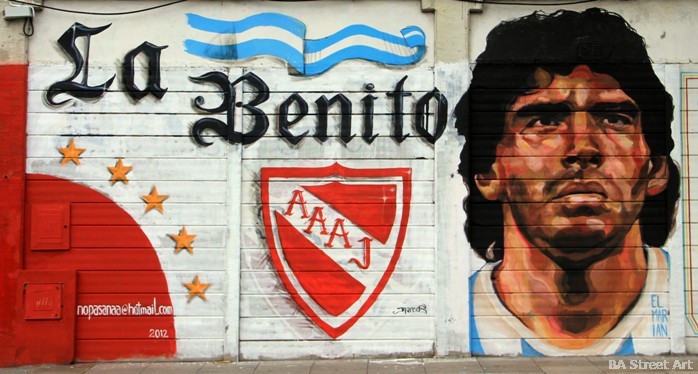 Maradona was born on 30th October 1960 and made his professional debut at the club in La Paternal aged just 15. Maradona played at stadium which is named after him for five years before going on to star for Boca Juniors, Barcelona and Napoli. 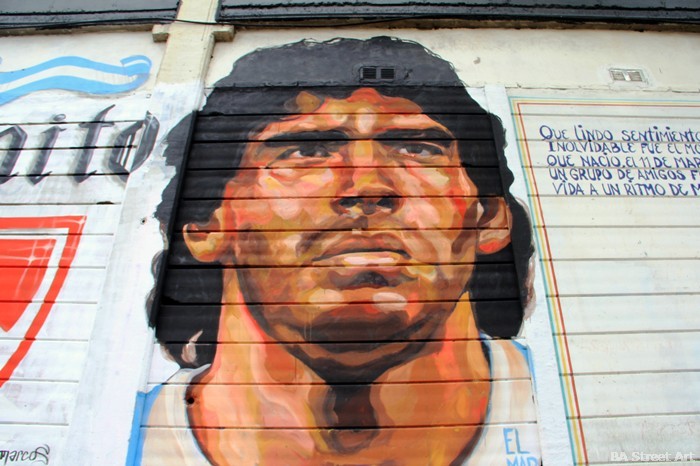 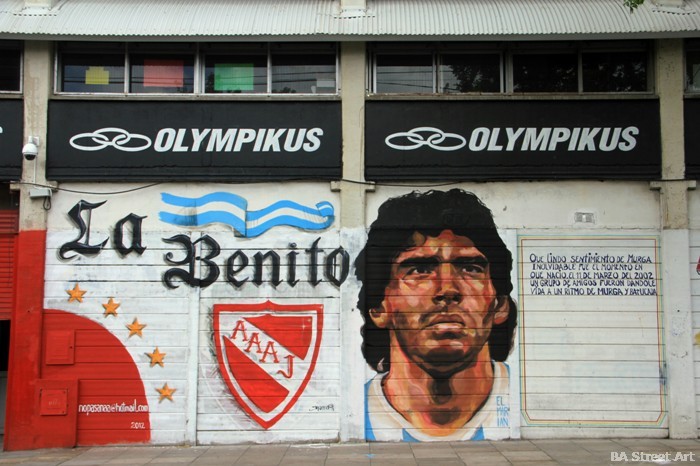 La Benito refers to a section of the Argentinos Juniors supporters.