Ene Ene has painted a cool new piece he’s called the ‘Parasite Machine’ in Villa Crespo on the facade of a boarded up house. The Chilean street artist told BA Street Art about his latest creation. “It’s a Maquina Parásito (Parasite Machine) that absorbs the the life of the planet, the monopoly of resources, the over-exploitation.  It’s a great insect  that is sucking the marrow like a blood-sucking leech. More than human blood it is the Blood of the Earth.” 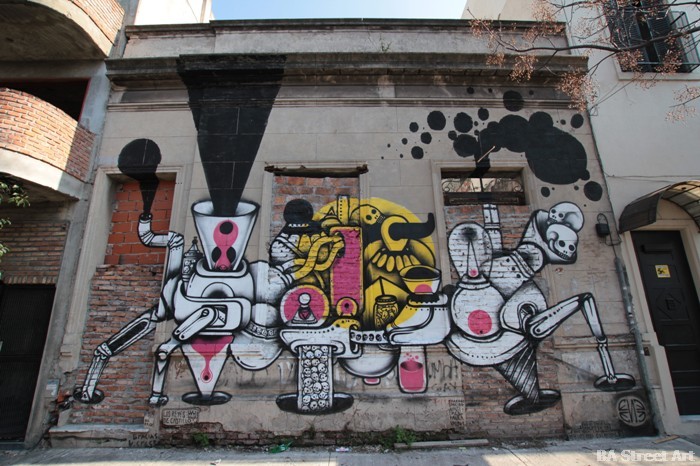 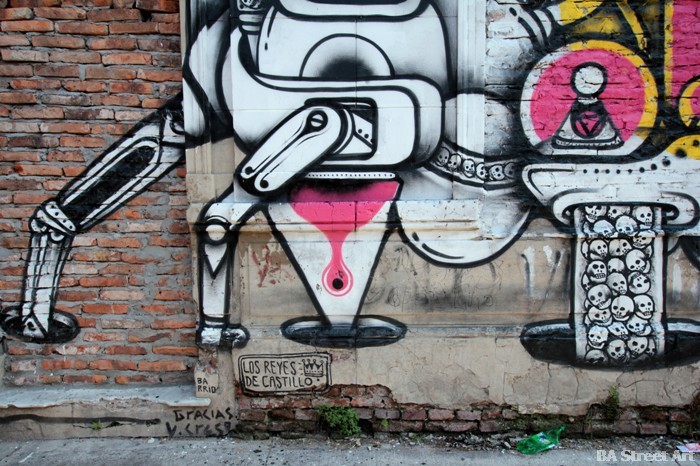 Ene Ene has also written an inscription in Spanish that translates as: “There’s not as much blood in the earth as machines that extract it.” 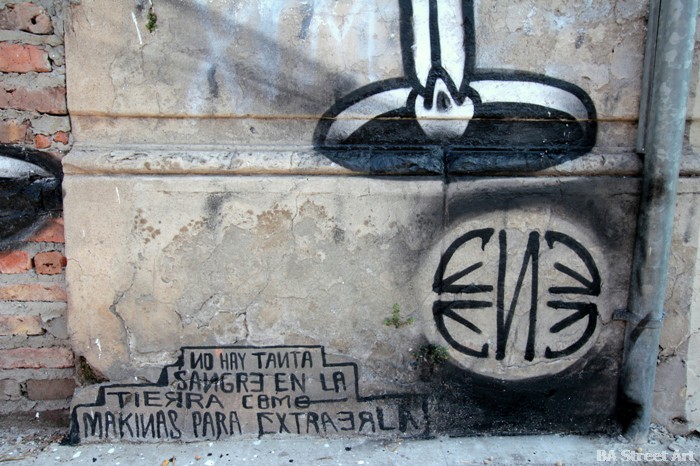