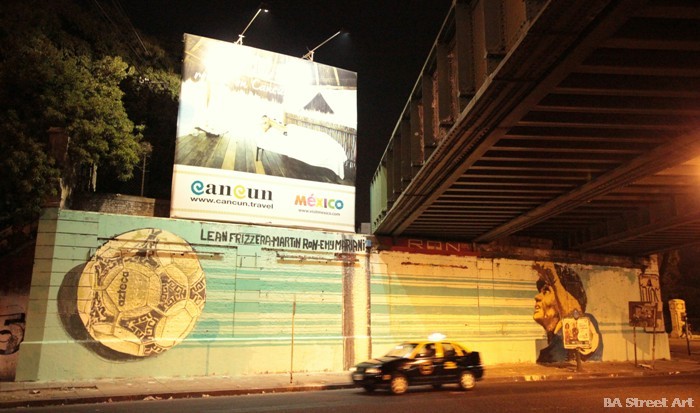 Known as ‘La mano de Dios’ in Spanish, the controversial first goal against England in the 1986 World Cup quarter-final was allowed despite Maradona handling the ball into the net. Argentina of course went on to win the trophy and the goal has become part of Argentine folklore. 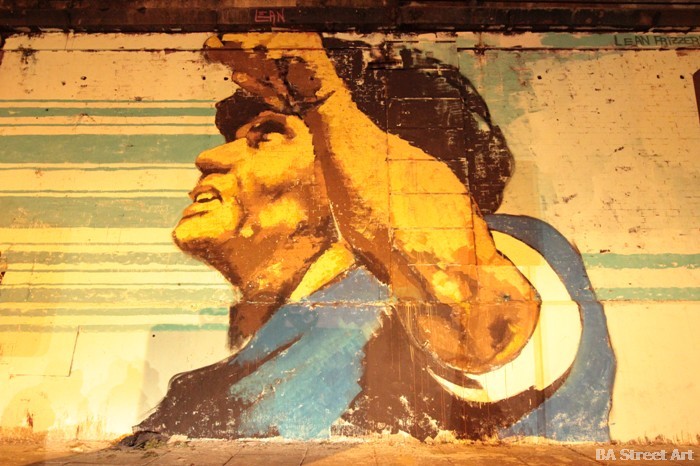 Lean Frizzera: “To us Maradona is the God of the people.”

The idea for the new design came about after the murals that Lean, Martin and Emy had painted during the Meeting of Styles graffiti festival in November 2011 were covered over by political propaganda a week ago. Lean said: “We wanted to make a mural of the Hand of God in a similar way to (José de) San Martín (Argentine national hero who helped liberate the Argentina from the Spanish in the 19th century) with the saints. To us Maradona is the God of the People.” 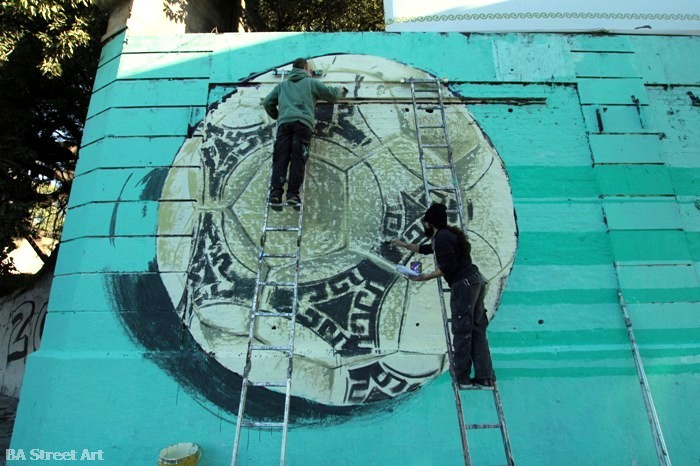 On the ball – Lean Frizzera and Emy Mariani

Lean, Martin and Emy like to paint murals that provoke a reaction whether positive or negative. And Lean explained: “The mural itself is controversial as the goal is part of Argentine folklore and it’s really interesting to put it there. “We all know that the ball went into the net off Maradona’s hand but the act highlights lots of other things. For us it’s a way to recognize that he was a cheat, he was also very brave and that it was a controversial act.” 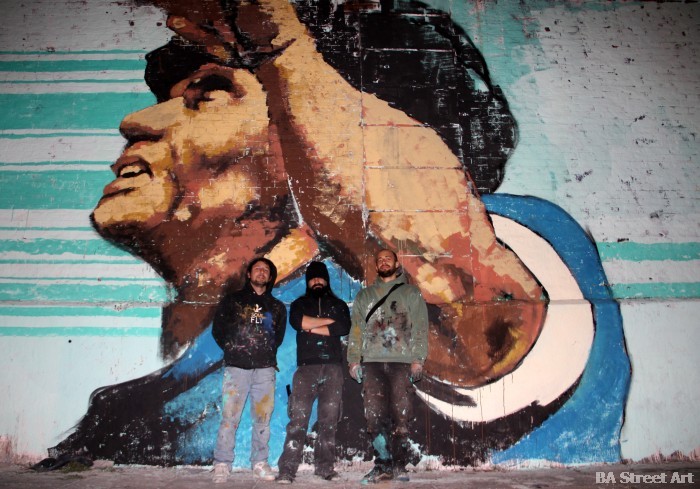 Maradona the person is a controversial figure who polarizes opinion in Argentina as well. “It’s clear there are strong contrasts in his character,” states Lean. “He (Maradona) has qualities that are really admirable. He’s thoughtful but is also a guy who is very impulsive. To me he is a person who people look up to in a lot of places, more for where he sits in our society. He says things that sometimes annoy certain people and for many privileged parts of society he is the symbol of all that is bad. That he is such a polemic figure is what interests me.”

The new design measuring 30 by 5 metres at Avenida Libertador and Avenida Dorrego also features the the letters “DV” on a roadside sign which is short for “Diego vuelve” meaning “Diego returns” while at the same time mocks Argentine politics with “V” being a symbol of the Peronist party. 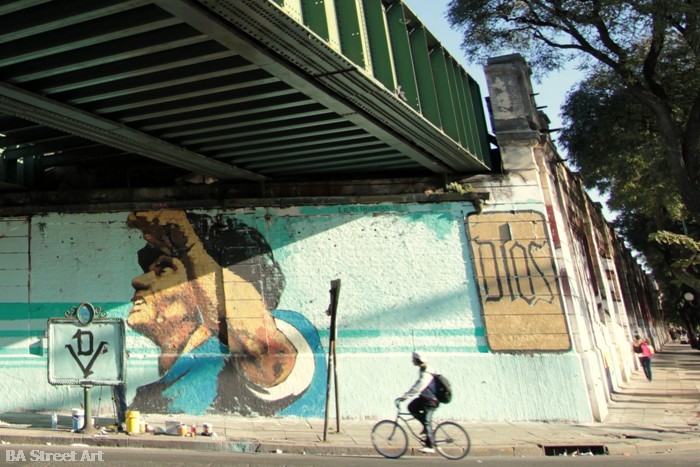 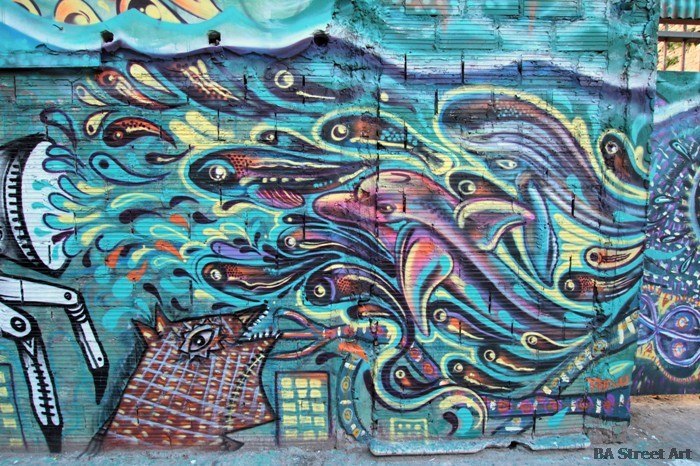 END_OF_DOCUMENT_TOKEN_TO_BE_REPLACED

Ene Ene, Malegria and Nice finished painting a new mural in Microcentro this week that features an aquatic scene with... 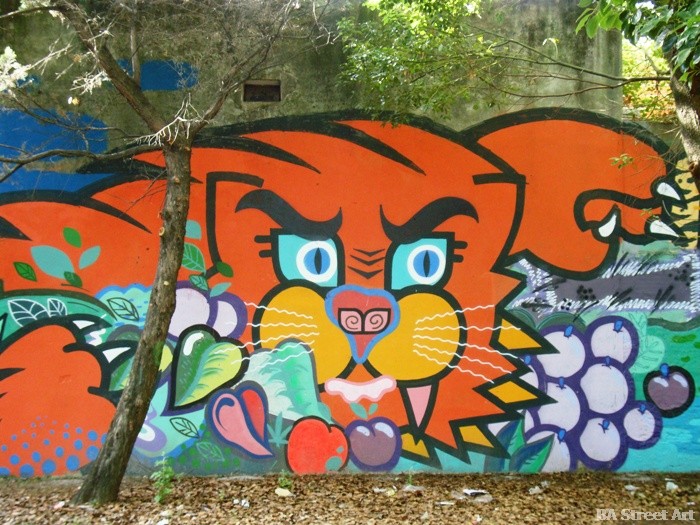 END_OF_DOCUMENT_TOKEN_TO_BE_REPLACED

Paint your neighbourhood in Quilmes - interview with Grolou

One of the most influential and talented street artists working in Buenos Aires today is Louis Danjou, more commonly known...

3 replies on “‘Hand of God’ new mural of Maradona by Frizzera, Mariani and Ron”