Cristina Fernandéz de Kirchner is celebrating re-election as president of Argentina after winning a record 53.8% of the vote last night. One CFK fanatic has covered his house in Palermo with stencils depicting famous phrases and quotes relating to Cristina including “Cris Pasion”, “Para todos y todas” (“For all men and all women”), “La chica que nos gusta” (“The woman that we like”), and “Octobre es mañana” (“October is tomorrow”). 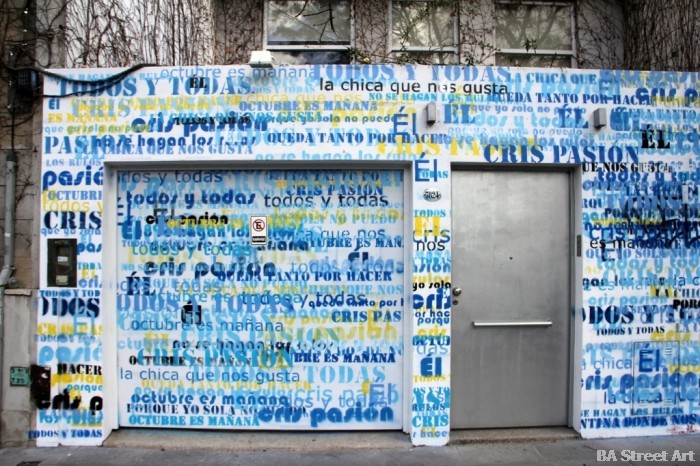 The stencils were made a group of Kirchner supporters called ‘La nueve porciento’ in July to boost votes for CFK in this weekend’s general election.