The blocked-up windows on the ground and first floors of the building have been decorated with a number of well-known Banksy images including ‘Girl with Umbrella’.

The stencil also known as ‘Rain Girl’ is a copy of a Banksy stencil that appeared in New Orleans, USA in August 2008 to mark the anniversary of the devastation caused by Hurricane Katrina.

Banksy also produced a stencil of a man holding a paint roller in New Orleans as a swipe against the Gray Ghost, an anti-street art crusader who had made it his mission to erase every bit of graffiti in the city by painting splotches of grey.

In the past Banksy has created several stencils depicting characters wearing gas masks including a girl in Brick Lane, London.

Rats are a trademark of Banksy but the Bristolian has also created a number of designs depicting black cats.

Artists who painted the Banksy stencils are unknown

These artworks were painted two months ago but the artist hasn’t left a signature, so if anyone knows their identity please let us know. Many thanks to Michal who discovered the house and told us about it on our Buenos Aires street art tour

END_OF_DOCUMENT_TOKEN_TO_BE_REPLACED

Ice and Die have been working on a new project that features floating islands smilar to those in the sci-fi movie... 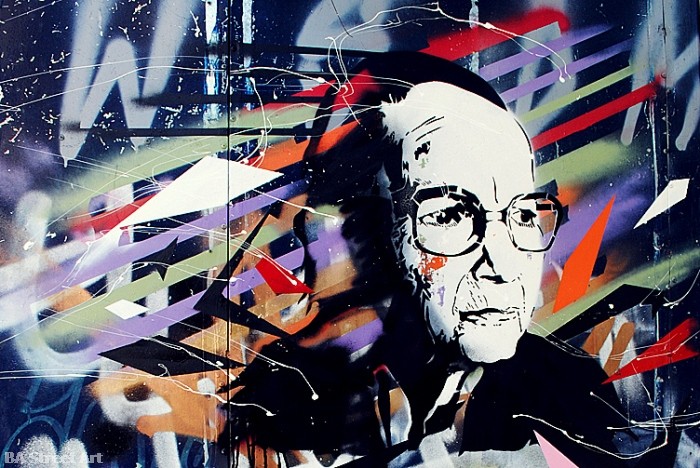 END_OF_DOCUMENT_TOKEN_TO_BE_REPLACED

Stencil graffiti is often associated with a political or humorous message or a great aesthetic but Clavahead has been painting...