Llamas, tortoises, owls, frogs, octopi, fish, insects and mushrooms. These are some of the amazing works by street artist Ice that light up the walls and buildings of Buenos Aires. Ice told Buenos Aires Street Art what inspired him to paint wildlife and in particular his incredible series of apes.

Over the last couple of years, Ice has painted five out of seven in a series of striking apes and chimpanzees that are all over the Capital Federal. Unfortunately only one remains as the rest have been buffed or tagged. The designs were inspired by photographs he’d found on the internet and then adapted from his sketches. “When I draw I look for images on the internet and I found some photos of apes and chimpanzees that really interested me,” said Ice. “I don’t often do graffiti relating to a theme but this certainly has a theme. The first ape I painted was a violet coloured one in 2008, I’ve also painted a green one, a red one, an orange one and a blue one. I think the next one will be yellow or pink but I haven’t decided yet.”

We are family: the green chimp

There is much more to Ice’s simians than meets the eye, they send a strong message to folk who spend their time slumped in front of the television set. “It’s basically a critique of the life of a couch potato (la vida televisiva),” says Ice. “The chimpanzee is a really intelligent creature, and immediately after starting this project I realized I was insulting the poor animal and comparing it with a person who doesn’t live his life or enjoy his life. It’s really directed at a lot of people here and in other countries who live in this way and the only things that they do are work and watch TV.” 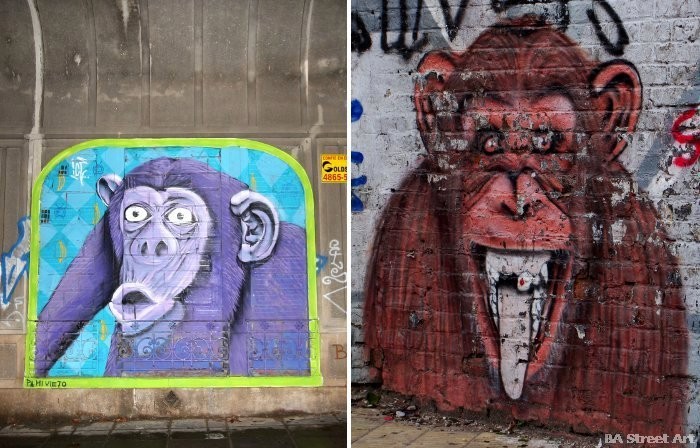 The different colours Ice has chosen for each primate correspond to the coloured bands of a television test pattern that appear when a TV has lost its signal. They also resemble the bars of a prison cell or cage. “In a way, we are all apes in captivity but even apes have a degree of freedom in things that they do,” says Ice. “Intially I had wanted to paint apes behind bars but I didn’t like the aesthetic of the stripes on top of a drawing.”

And the philosophy behind these designs is as much about activity as captivity. “It’s all about the world of consumerism,” says Ice. “In reality the world of consumerism is consuming you, your mind and your money. It’s fundamental to have food and a home – that’s a fact – but we are also here to do positive things and try to be happy.” He added: “I went four years without watching TV, the only time I’d see it is if I went to a friend’s house. If you are watching TV all day, you’re not going to be happy, you become a zombie.” 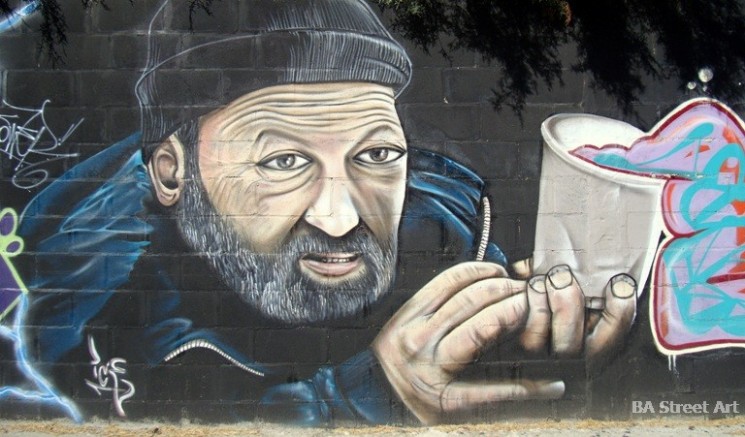 One area that Ice has been exploring in his artwork is the human form. And when assessing one of his designs, a portrait of Vago Willy, a character he found on the internet, Ice is remarkably candid. “I would have liked to have made this image more realistic than how it came out but it’s a question of practice and so far I haven’t put so much effort into the area of human realism,” he says. “I like painting animals and insects much more.” 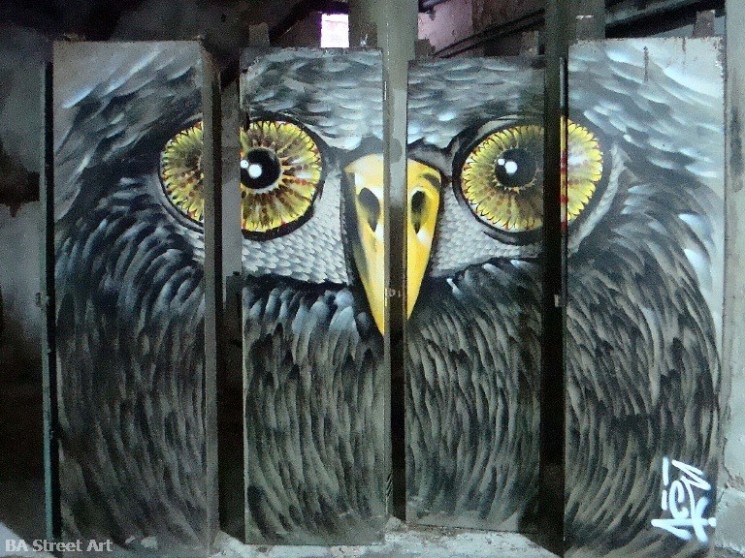 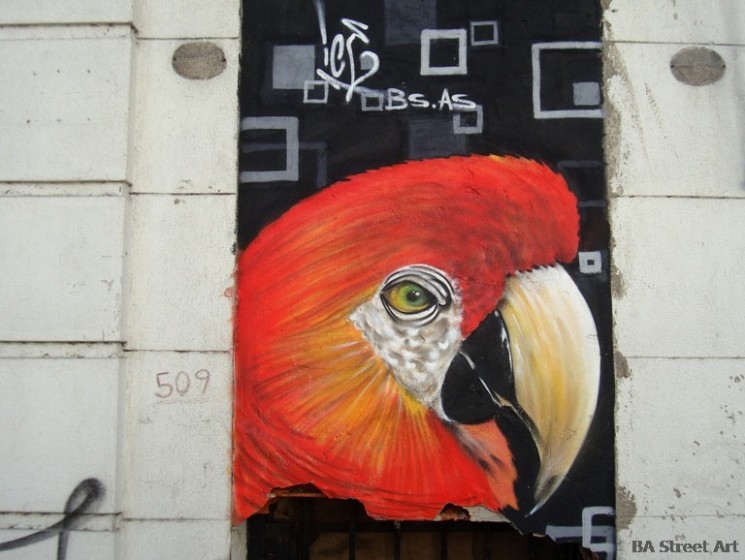 In Saavedra, Ice painted a fantastic scene with Cray depicting corruption in Argentine politics. It features a pig dressed in clothing from the nineteenth century similar to that worn by the founder of the Argentine flag Manuel Belgrano. Cray Fish also painted a mafia boss smoking a big fat cigar clutching a wad of bank notes accompanied by another dodgy character inside a pig costume and in the background is the Pyramid of Plaza de Mayo and the parliament building (El palacio del Congreso).

Mushrooms are another subject Ice has been painting lately and have already become a bit of a trademark. “With the mushrooms I don’t do a sketch I just throw them on the wall,” he says. “There’s no message, they are just something I came across recently and I started to paint them more and more, and perhaps now the mushrooms are something that people identify with my style.” 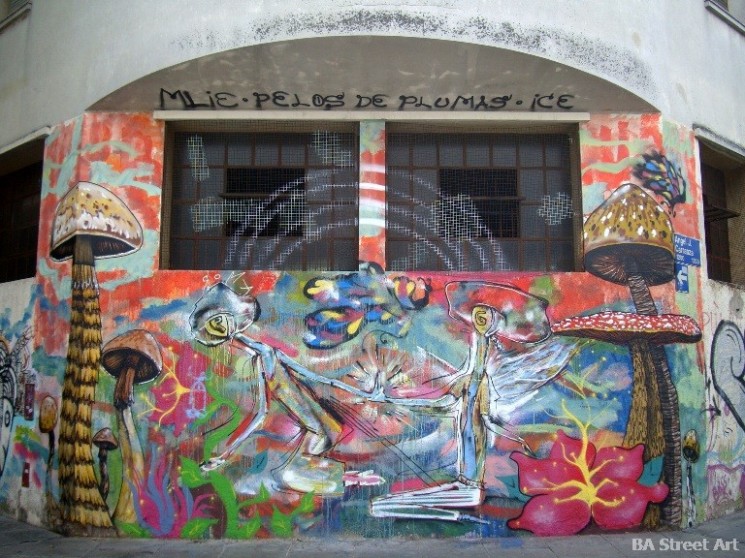 With Buenos Aires attracting more and more attention as one of the street art capitals of the world, Ice is aware that his reputation is growing too. “I’m becoming better known and the truth is it’s good but graffiti has given me much more – friendships, great memories, a lot of enjoyment, and I have also been able to travel to other countries like Chile, Paraguay and Uruguay.”
Check out more of Ice’s brilliant designs at www.instagram.com/icelucho/

END_OF_DOCUMENT_TOKEN_TO_BE_REPLACED

There is no shortage of anti USA sentiment on the walls of Buenos Aires, some of it humorous, some not....

END_OF_DOCUMENT_TOKEN_TO_BE_REPLACED

George W. Bush celebrates his birthday today. He was born on 6th July 1946. The amount of graffiti present on...

One reply on “Lord of the Apes: Interview with Argentine street artist Ice”