Welcome to BA STREET ART Book Your Tour Now
George W. Bush celebrates his birthday today. He was born on 6th July 1946. The amount of graffiti present on the walls of Buenos Aires depicting the 43rd U.S. president of the United States is incredible. Of course none of the images are complimentary! Here are a few…

One of the most common anti-Bush images in Buenos Aires is the Disney War design by Bs As Stencil, first produced in 2001 after the outbreak of the U.S. led invasion of Afghanistan. You can still see many of these stencils around the city centre. Below is one of their more recent designs from 2010.

The stencils translate as ‘Get out Bush’ (Fuera Bush), ‘Wanted International Killer’ (Buscado asesino internatiónal), ‘Big Brother is Watching You’ (El gran hermano te vigila), and another has the word ‘Guerra’ (war) forming the outline of Bush’s face. 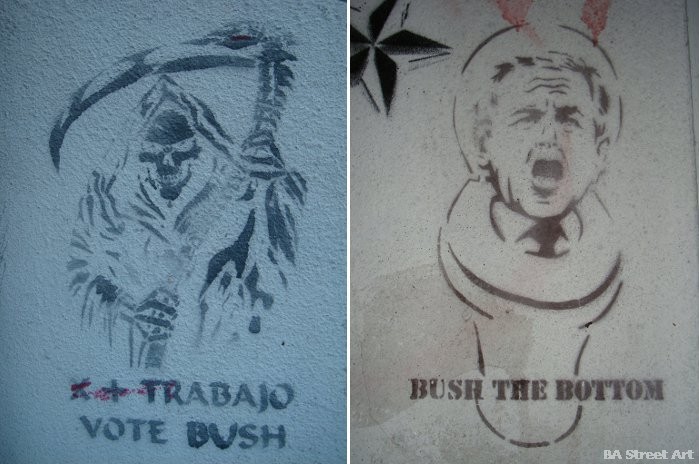 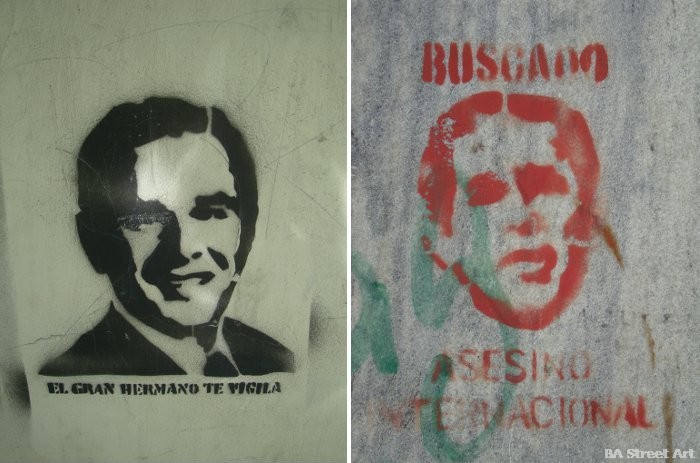 “Big Brother is watching you” and “International killer”