Today is the 431st anniversary of the founding of Buenos Aires. Happy birthday BA! 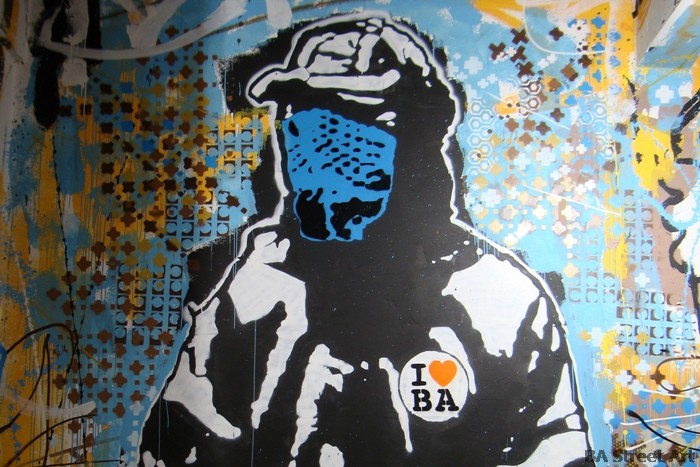 The city was founded twice. The first time was in 1536 when Spanish colonialist Don Pedro de Mendoza established the first settlement and named it Real de Nuestra Señora Santa Maria de Buen Ayre. The second occasion was on 11th June 1580 when Juan de Garay founded a fort on high ground where the Casa Rosada is now located, and called it Ciudad de Trinidad.

In recent years, stencil artists and Peronist political groups have created scores of designs mocking and attacking the city’s government. In 2008, el Gobierno de la Ciudad adopted the slogan ‘Haciendo Buenos Aires’ (‘Making Buenos Aires’) as part of an expensive high profile rebranding campaign with a giant ‘H’. You can see the phrase on yellow signs all over the capital promoting construction projects and city government sponsored events.

The Peronist group Agrupación Compañeros adopted the play on words ‘Hundiendo Buenos Aires’ (‘Sinking Buenos Aires’), and created a stencil design as part of its campaign against mayor Mauricio Macri.

One of the reasons it’s great living in BA is the amount of arts, culture, music events and exhibitions with many of them free, however that hasn’t stopped one opponent of the city government producing a political stencil to the contrary.
The logo of the city government has also been a target for stencil artists and militant groups. The current logo created in 2008 features five horizontal and vertical lines or ‘bars’, while the previous design created in 1997 features a galleon.

END_OF_DOCUMENT_TOKEN_TO_BE_REPLACED 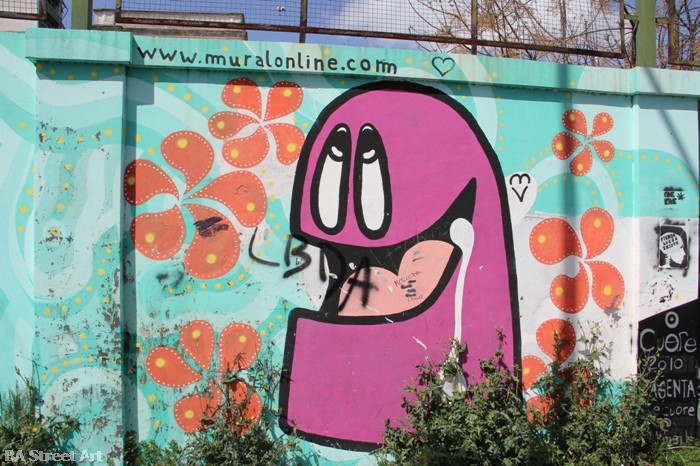 END_OF_DOCUMENT_TOKEN_TO_BE_REPLACED

The smiling dribbling face of Lover Baba is a common sight on walls all over Buenos Aires. The creator of...