Grolou was one of more than 30 artists taking part in the sixth Street Arte BA event in the barrio of Once over the weekend. Grolou and Blu Shei Wei were given charge of painting an enormous section of the facade of an old oxygen factory in a run down part of the neighbourhood. The French street artist told us about his latest designs including a giant yellow skull and a growling cat. 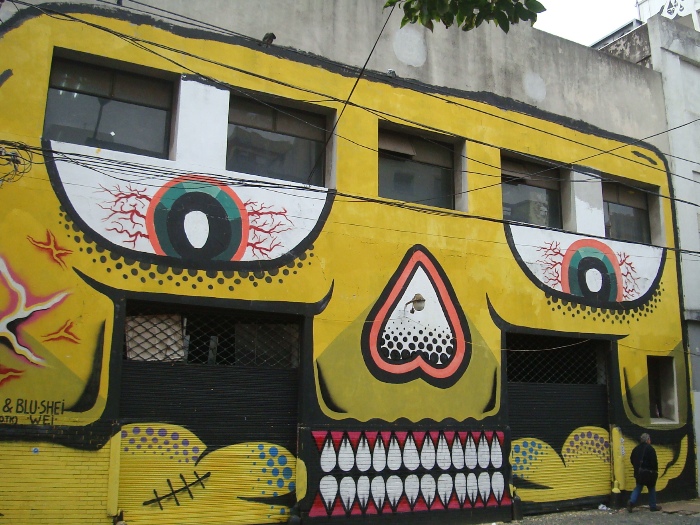 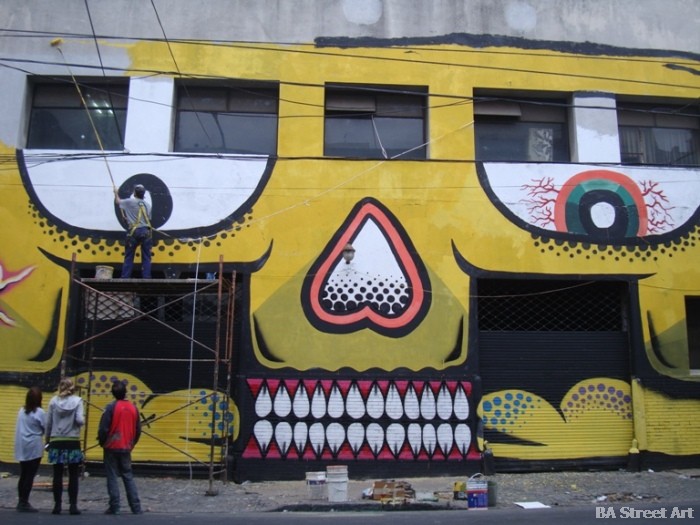 Head for heights: Grolou at work

“I made a sketch of the skull after I received a photo of the front of the building,” said Grolou. “I saw the photo and thought it was the perfect shape for an enormous skull. The skull also represents tombs; the barrio of Once is not that ugly but it is a bit of a tomb! It’s also a commercial district, and I love the vibe of all the people in the street and the food.”

A number of other street artists including Dotz, Ice and Oz were also involved in painting the outside of the building, and Grolou said: “We all had to paint over artworks that were underneath, it’s never nice to paint over someone else’s work or to have your designs painted over. However, I think the wall looks nice and it looks better when there is just one group working together on a project, the result is more consistent and provocative.”

Cat among the pigeons

Grolou also painted a crazy cat nearby and told us how it came about. “I painted the cat because the first day we were painting the skull, people were shooing away a crazy old woman who lived nearby. The woman was feeding cats and pigeons and there were a lot of animals when I got there. Besides I love to paint shutters so I rang the door bell and was fortunate enough to speak with the daughter of the shop owner. She liked my art so she called her father who gave me permission to paint.” 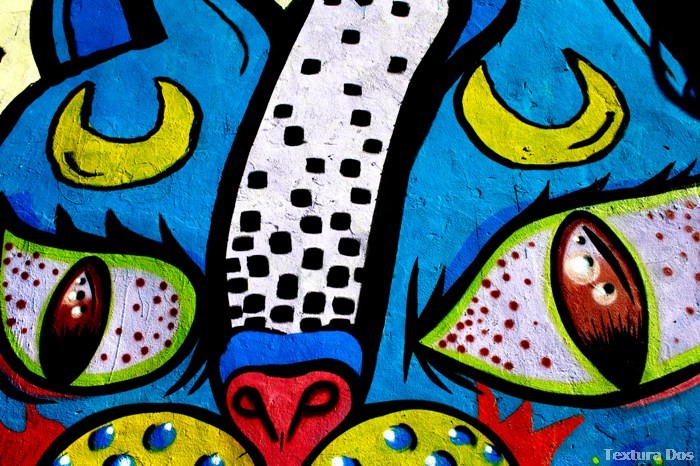 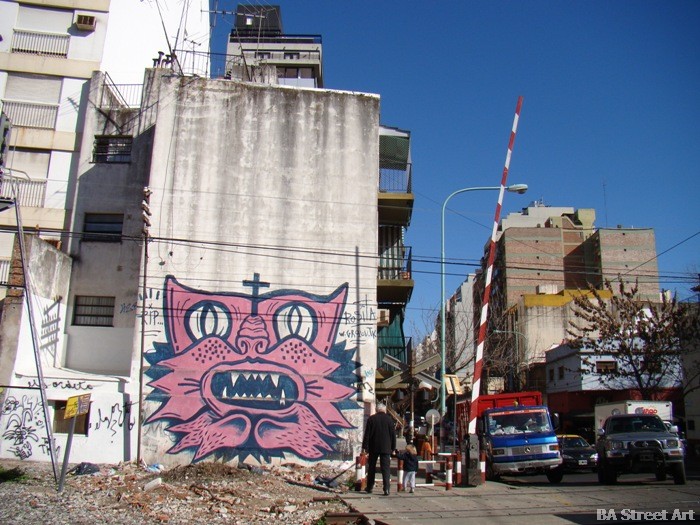 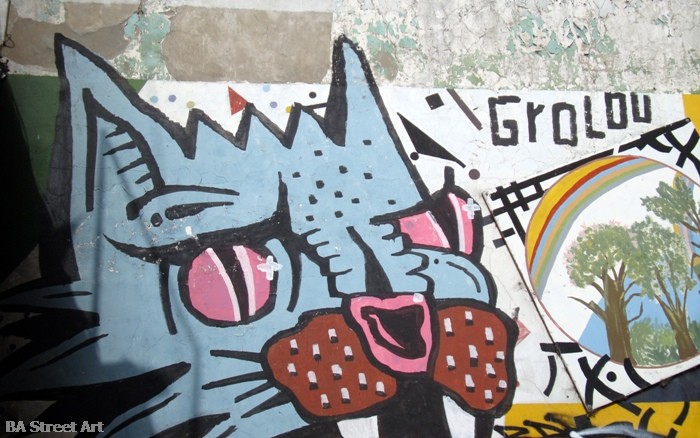 Another cat by Grolou in San Cristóbal

END_OF_DOCUMENT_TOKEN_TO_BE_REPLACED

The city of Buenos Aires has rightly gained a reputation as one of the street art capitals of the world... 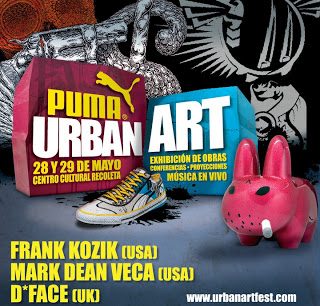