A group of Argentine street artists have transformed a ‘haunted house’ in Palermo for an exhibition with the theme ‘El Paso del tiempo’ (The passage of time) after four days of painting.
The beautiful three-storey 1950s townhouse along the quiet street Andrés Arguibel in Las Cañitas was abandoned for many years until Poeta, Roma, Jaz, Mart, Triangulo Dorado, Tester, Malatesta, Whiskii and plastic artists Mar del Plata, Estudio Tokyo and Sebastian Lartigue intervened. Each room has been decorated by an artist in their unique style.
Project organiser Poeta got the idea for the painting the house after working on a scheme to renovate the interior of an old factory with a group of street artists in Lyon, France. He had since been looking for an abandoned building to paint in Buenos Aires until the project was finally realized when he got in touch with the property owners, who wholeheartedly supported the plan.

“The main idea was to renovate a derelict house and make new interventions that become part of the old,” said Poeta. “As street artists we are used to painting outside and it was the first time we’ve intervened in a project inside a house like this. Also working together with plastic artists was a totally new experience as they bring different ideas and there was a really interesting fusion between us all.”

The group started work on Wednesday and finally downed their spray cans and paint brushes at 5pm on Saturday. “We were all staying together in the house and it was four days without sleep,” said Poeta. “Everyone who took part thought a lot about their artworks, deeply and introspectively.”
Some of the designs also reveal interesting details about the lives of the artists. In particular Mart, who created a collage that includes childhood photos, his school laboratory coat, and his love for football and Racing Club, together with sketches for some of his early designs.
An old Swiss lady once lived in the property, and Poeta said the place had a spooky feel about it. “They say that an old woman once lived here and was always inside; because of this, the house had a bad energy and she never went up to the top floor.” Poeta joked: “One night I was working downstairs and heard some strange noises. There was also a girl who went up to the top floor and when she came down she was really frightened because she said she had seen a ghost!”
All photos © Vittoria Izabella Daelli. Many thanks to Vicky for use of her wonderful photos.
Previous Reading 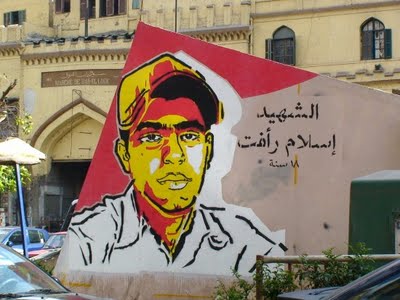 END_OF_DOCUMENT_TOKEN_TO_BE_REPLACED

Street artists in Cairo have been paying homage to the martyrs of the revolution in Egypt by painting dozens of... 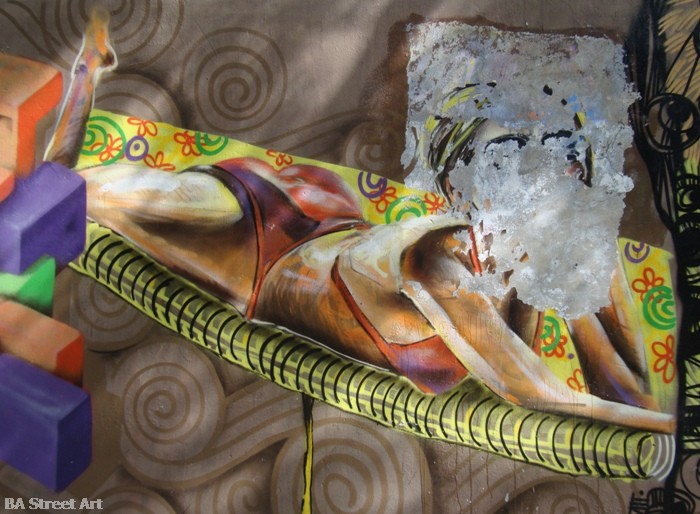 END_OF_DOCUMENT_TOKEN_TO_BE_REPLACED

Stealing an artwork from the street and trying to flog it is the subject of a new movie called ‘How...