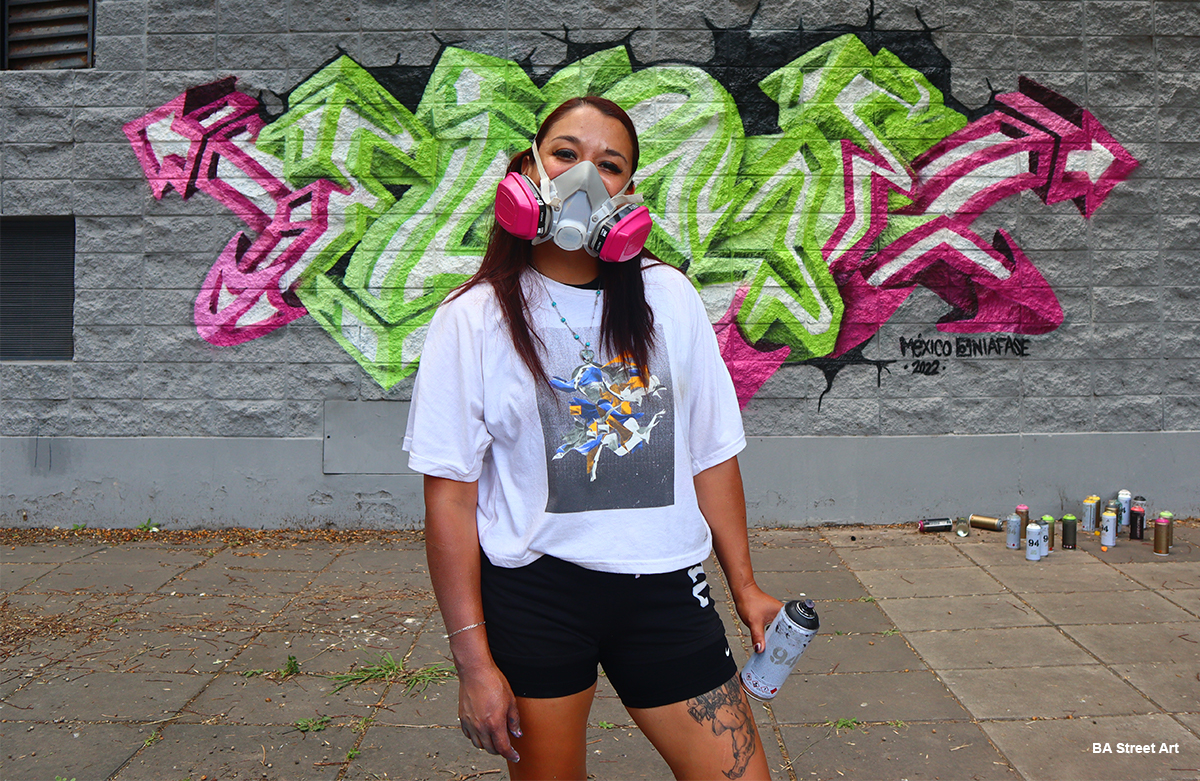 Nia Fase is a well-known graffiti artist from Mexico City and together with the talented group of graffiti artists Key, Desik, Nathsice and Trish, they are the organisers of Juntas Hacemos Más – the International Festival of Feminine Graffiti in Mexico 2022 that brought together around 130 graffiti artists last year. All participants were women who paint in the street. The modern graffiti scene has been traditionally dominated by men.

Nia got in touch with Buenos Aires Street Art about sponsoring her to paint a wall during her short stay in the Argentine capital. 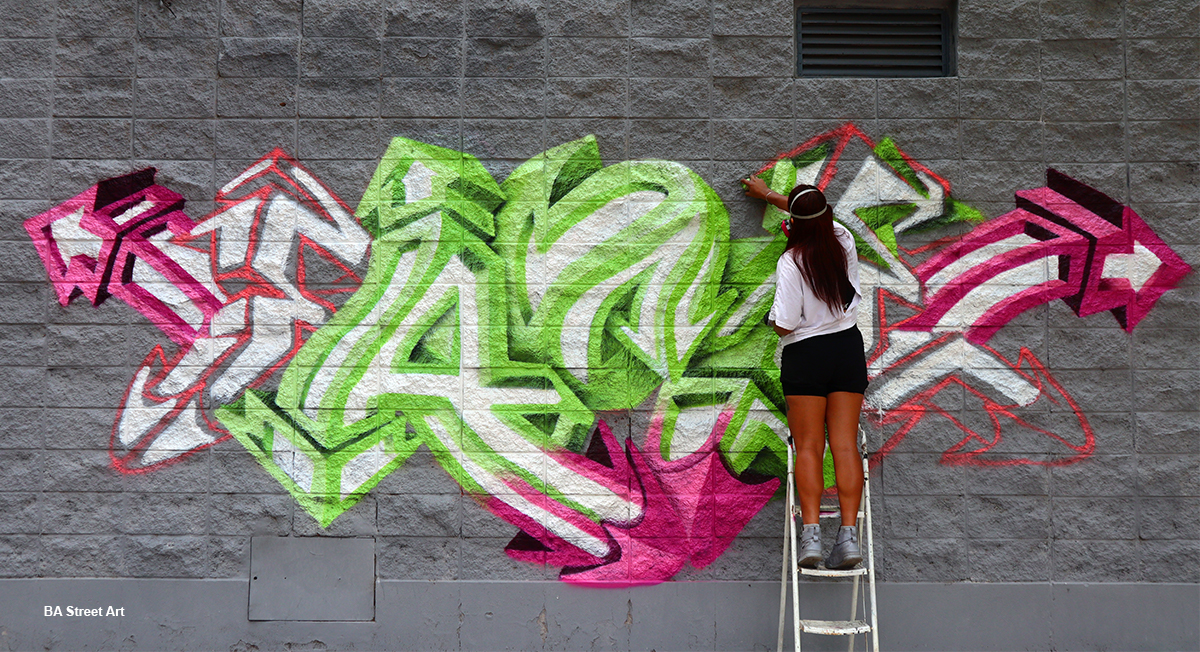 Nia was taking part in the Meeting of Styles Graffiti Festival in Montevideo before visiting Buenos Aires. 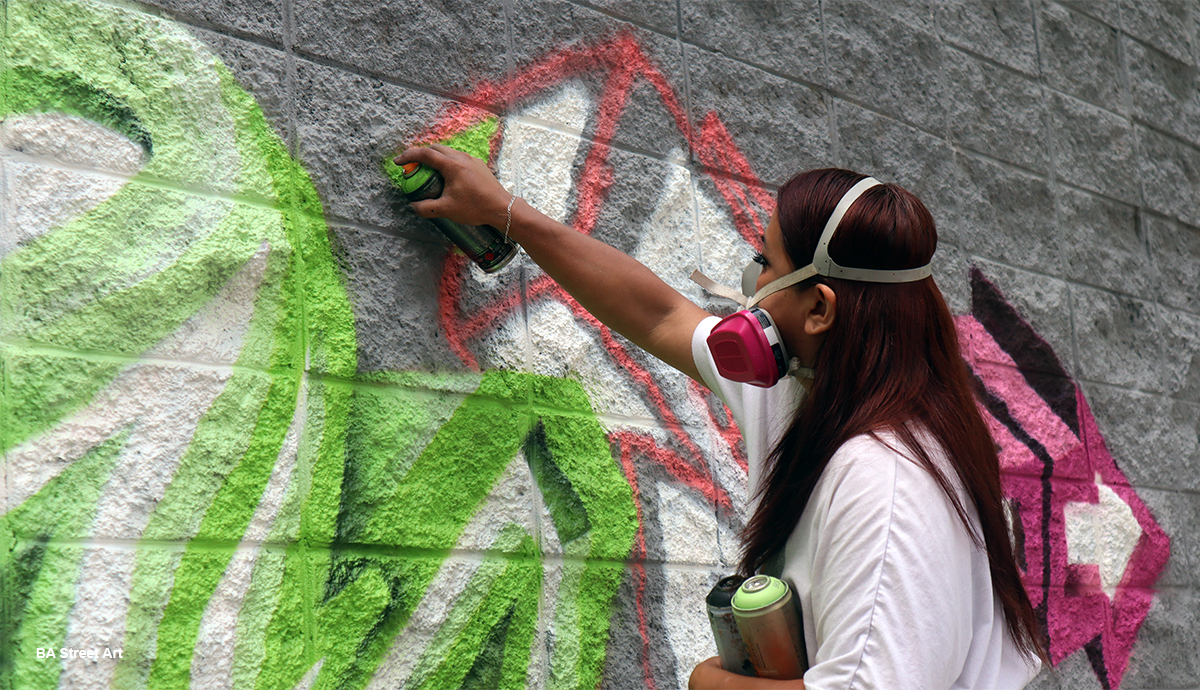 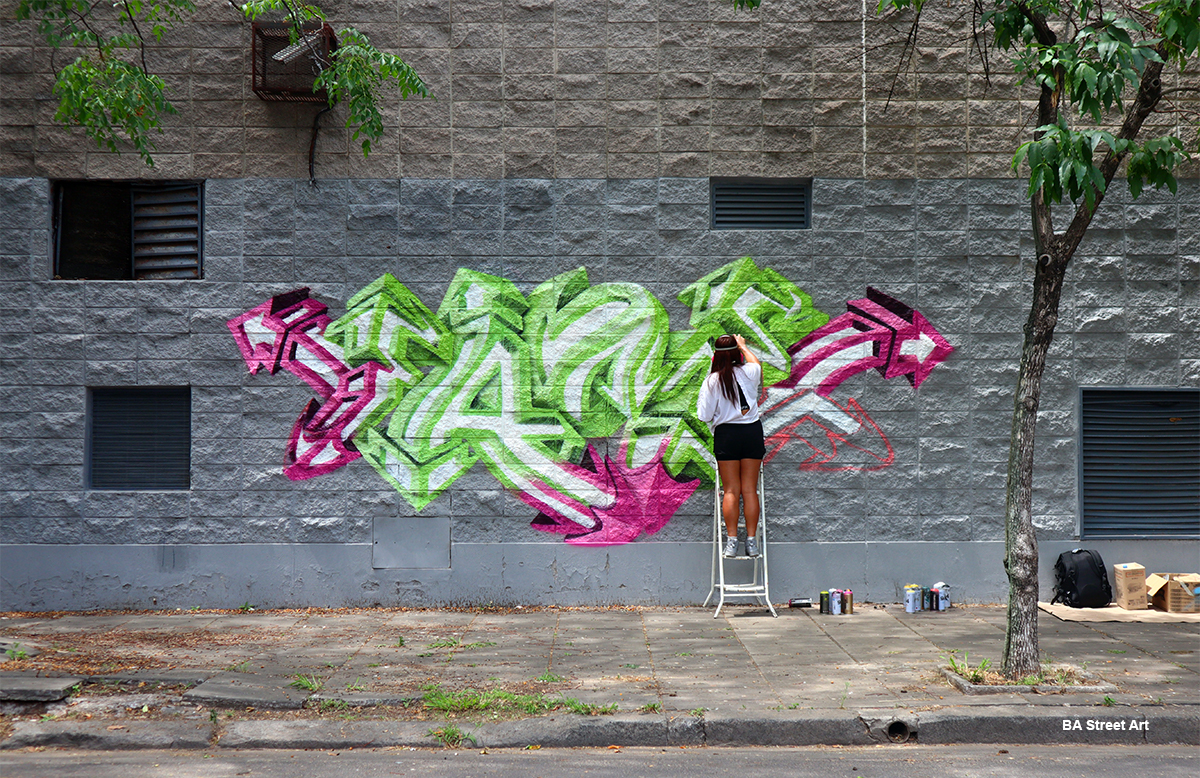 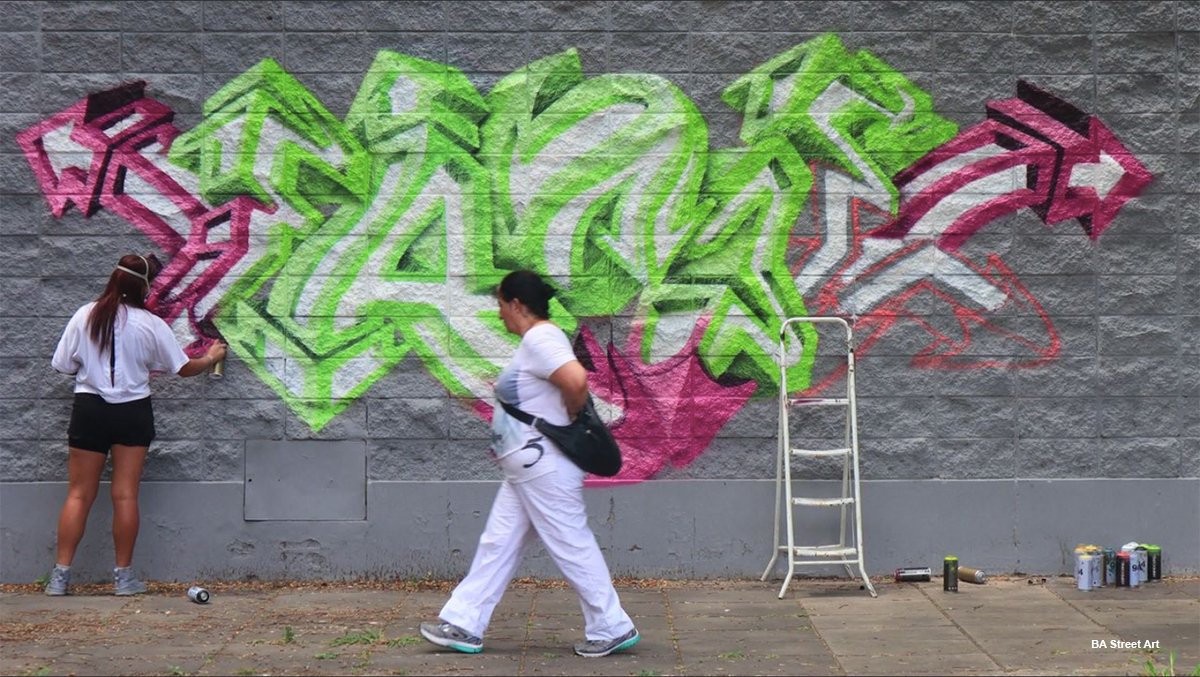 The colourful new artwork is already attracting the attention of neighbours & passers-by. 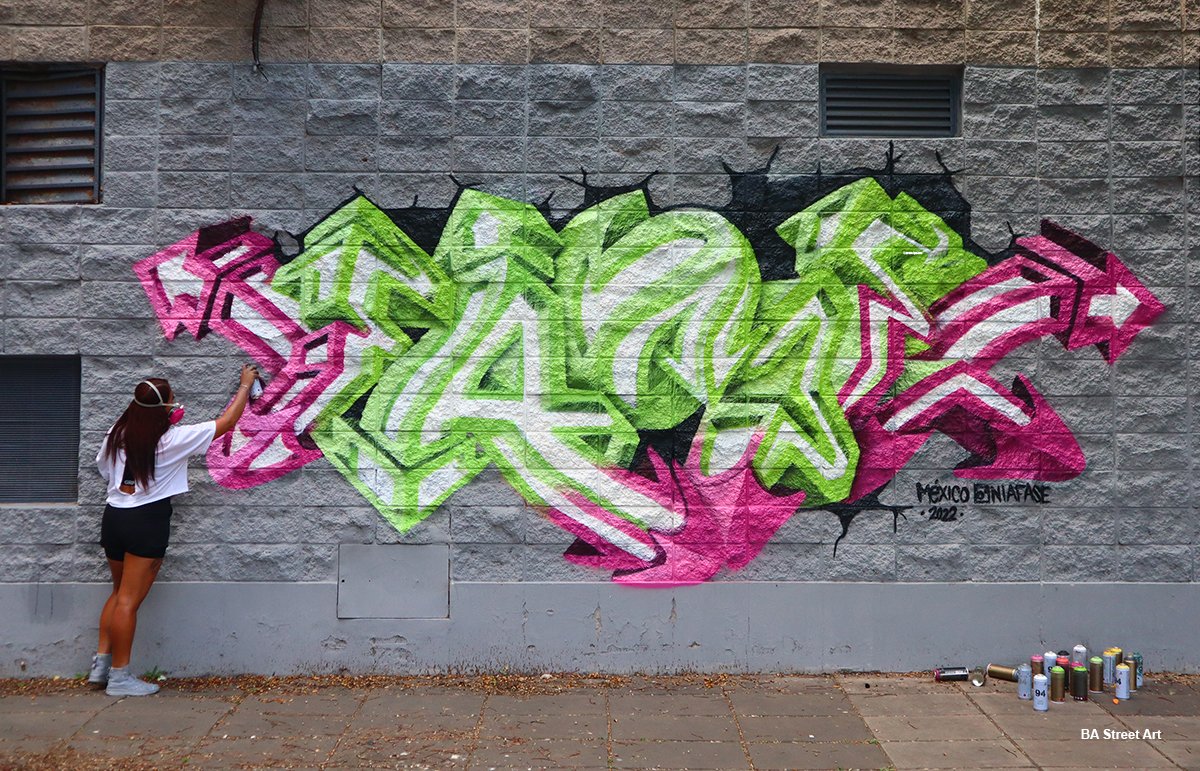 For more information about Festival Internacional de Graffiti Femenino en México Edición 2023, check out instagram.com/juntashacemosmas.fest/
Many thanks to Nia for leaving us a cool new artwork and for her ‘buena onda’. We hope to see her back in Argentina soon. Project sponsored and organised by Buenos Aires Street Art. 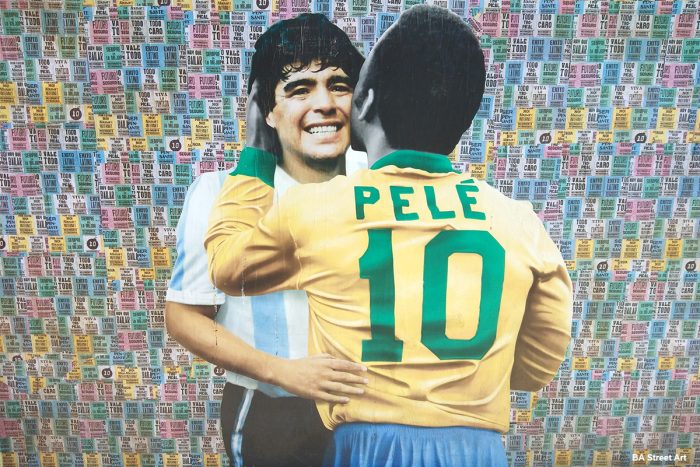 END_OF_DOCUMENT_TOKEN_TO_BE_REPLACED

Brazilian artist Luis Bueno was in Buenos Aires a couple of months ago and put up this cool collage at... 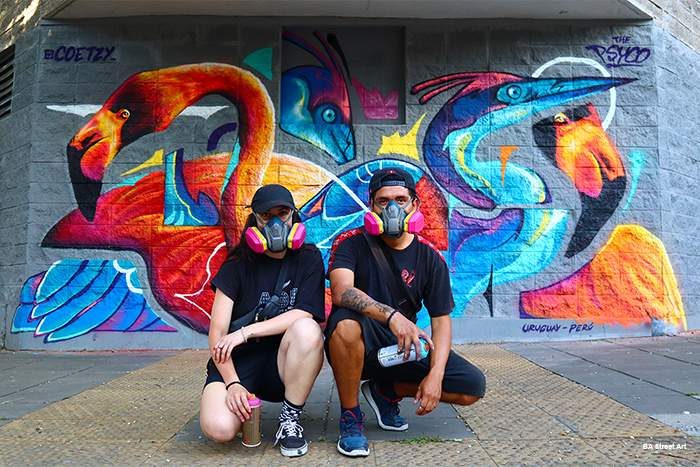 END_OF_DOCUMENT_TOKEN_TO_BE_REPLACED

Peruvian street artist Psyco and Coetzy from Uruguay teamed up to paint a new mural in Coghlan this week sponsored...