The Argentine street artist is famous for his murals of Diego Maradona and has been invited to paint large-scale murals of the footballing icon in Naples, Italy. Maxi has also painted a mural of Messi in his home city of Rosario. This is the first mural Maxi has painted of Messi in the Argentine capital.

The mural features Messi wearing a black and gold robe called a ‘bisht’ that was handed to him by the Emir of Qatar before lifting the World Cup trophy. 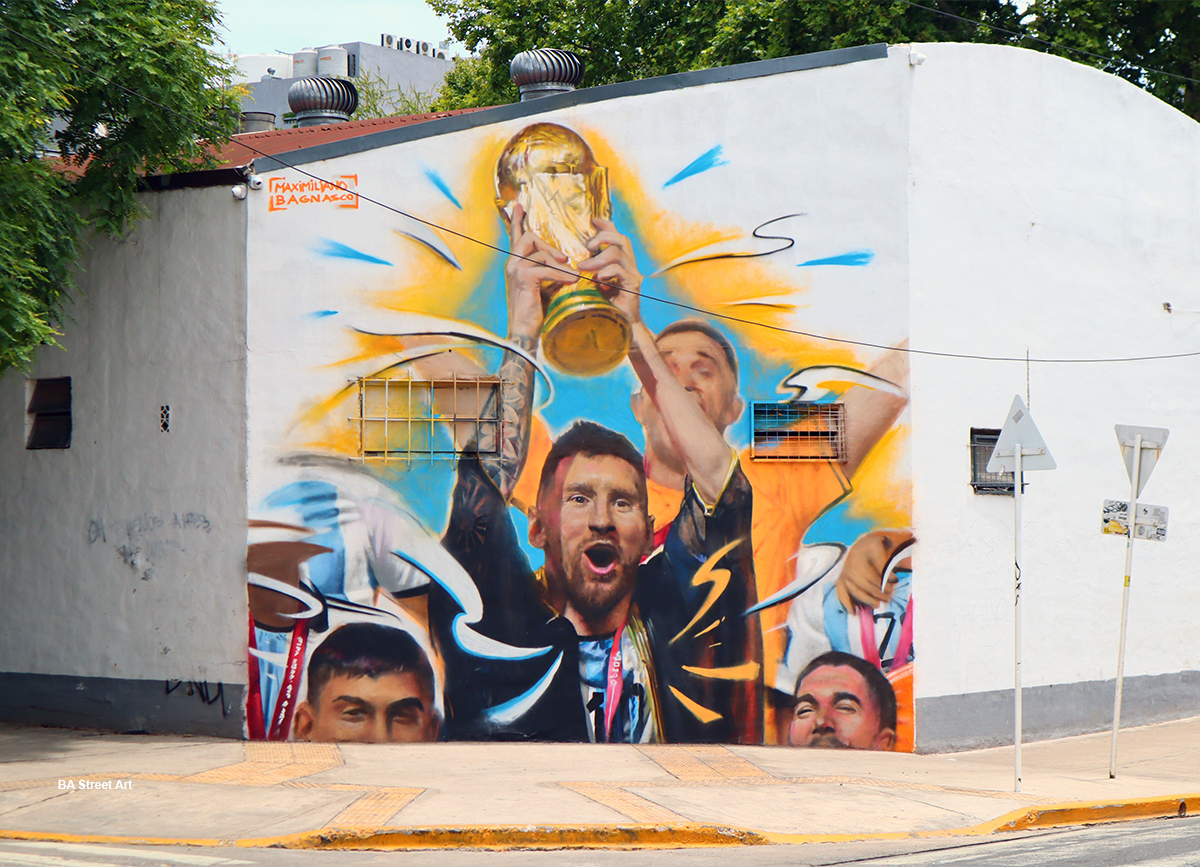 The mural was finished a couple of days after Argentina won the World Cup final after beating France on penalties after the match finished 3-3 after extra-time. Messi was man-of-the-match for Argentina scoring two goals in the game plus a penalty in the shoot out. Maxi’s new mural is a tribute to Argentina’s inspirational captain Messi.

The mural on the corner of Darwin y Gorriti in Palermo Soho has already become a popular spot for Argentine football fans and visitors to go and take photos and continue to enjoy Argentina’s first World Cup triumph since 1986.

END_OF_DOCUMENT_TOKEN_TO_BE_REPLACED 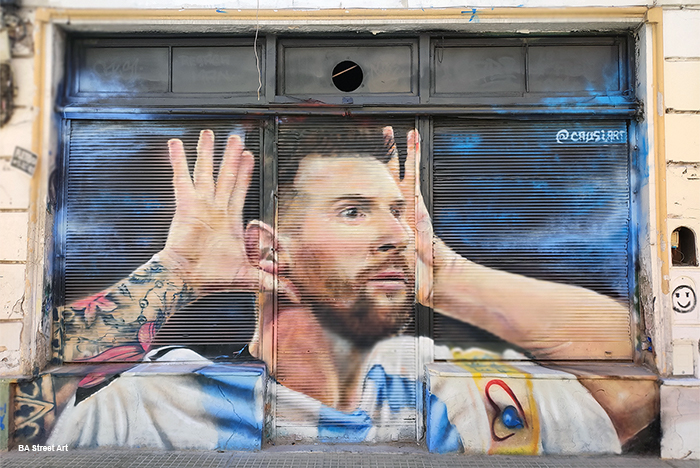 END_OF_DOCUMENT_TOKEN_TO_BE_REPLACED

Causi Art has painted a new mural of Lionel Messi in Buenos Aires. All photos by Buenos Aires Street Art.