The mural by Pintor was completed the night before the World Cup Final that Argentina went on to win 4-2 on penalties against France after the game finished 3-3 after extra-time.

Pintor painted the mural to help spur on the national team and it looks like it has done the trick and the mural is already being enjoyed by locals in Villa Ballester. 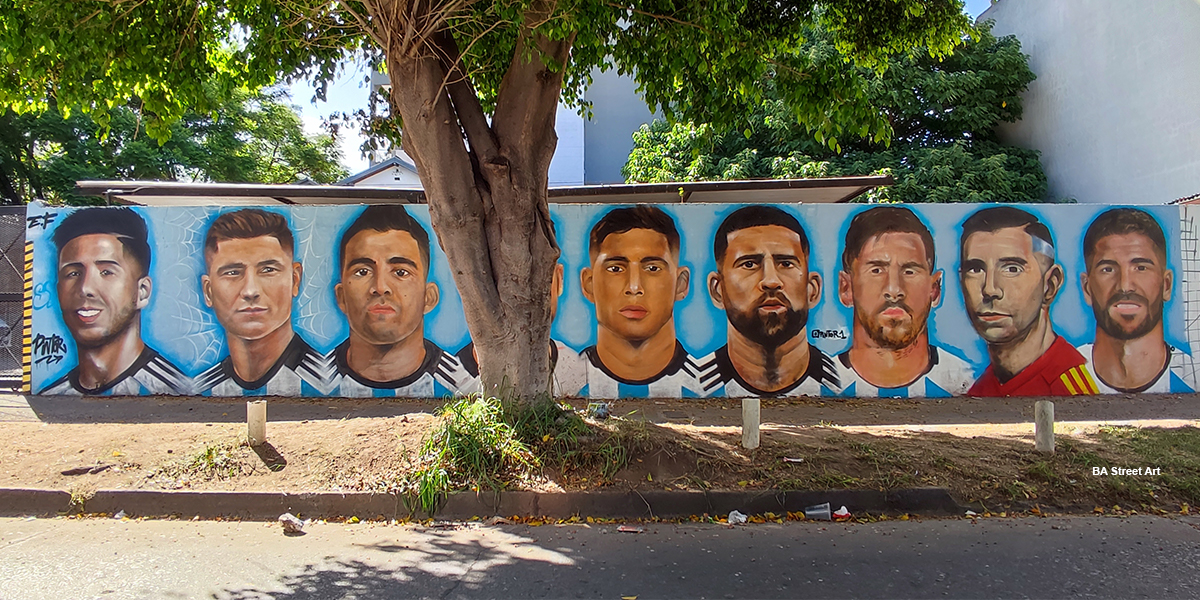 The hopes of a nation were being carried by the Argentina football team who were seeking their first World Cup triumph since 1986.

Lionel Messi, goalkeeper Dibu Martinez and Rodrigo De Paul have been three of Argentina’s stand-out performers at the World Cup.