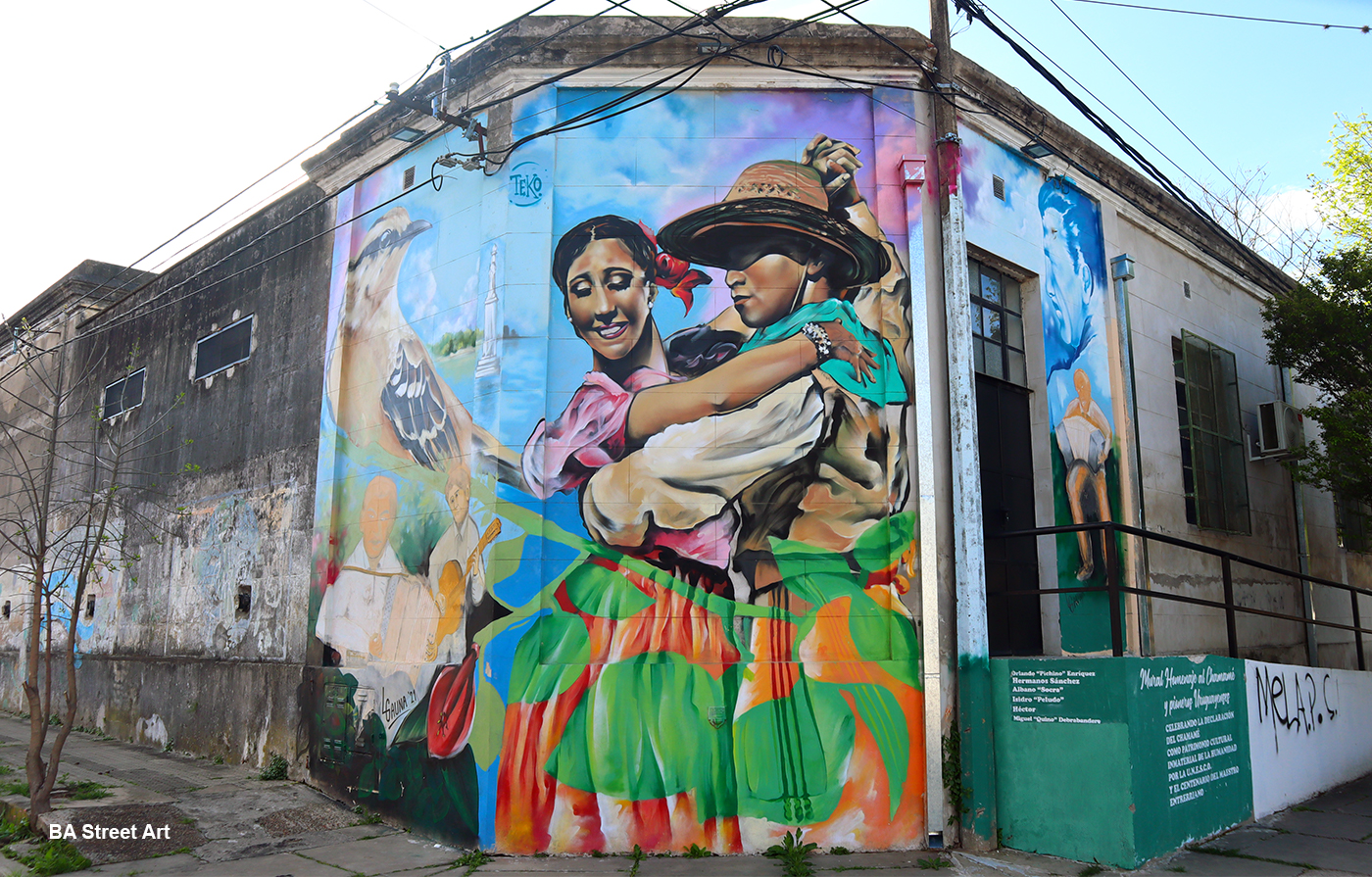 The mural that has become one of the most iconic murals in the city was painted by the local artists in June 2021 to celebrate the inclusion of the costal folk music chamamé on the UNESCO Intangible Cultural Heritage list. 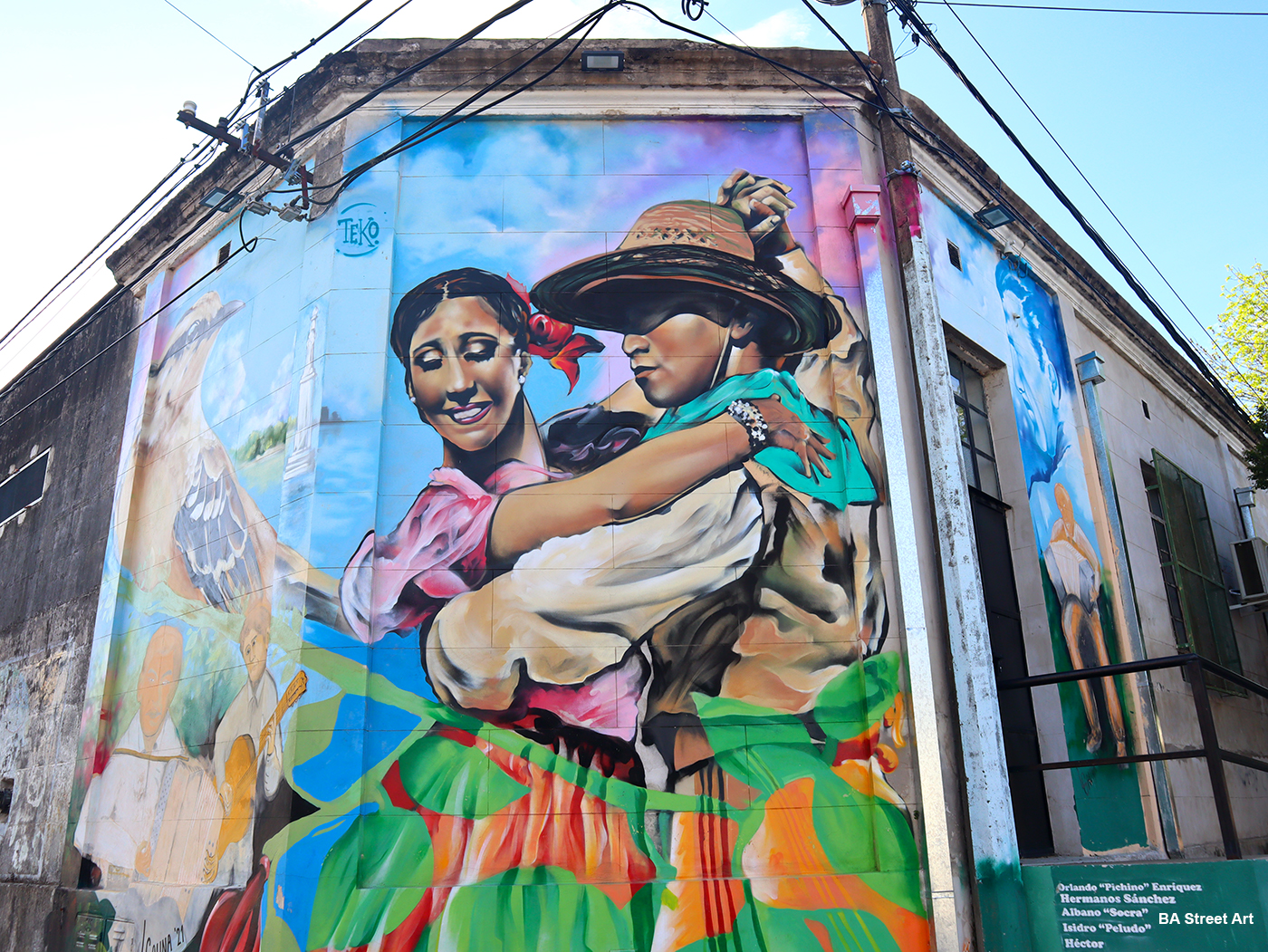 The date of the inauguration coincided with the anniversary of the death of accordionist and composer Abelardo Dimotta who was born in Entre Ríos, and died in Rosario, Santa Fe, on June 15, 1992.  The region that is best known for the chamamé is the basin that unites Argentina, Uruguay, Paraguay and Brazil. 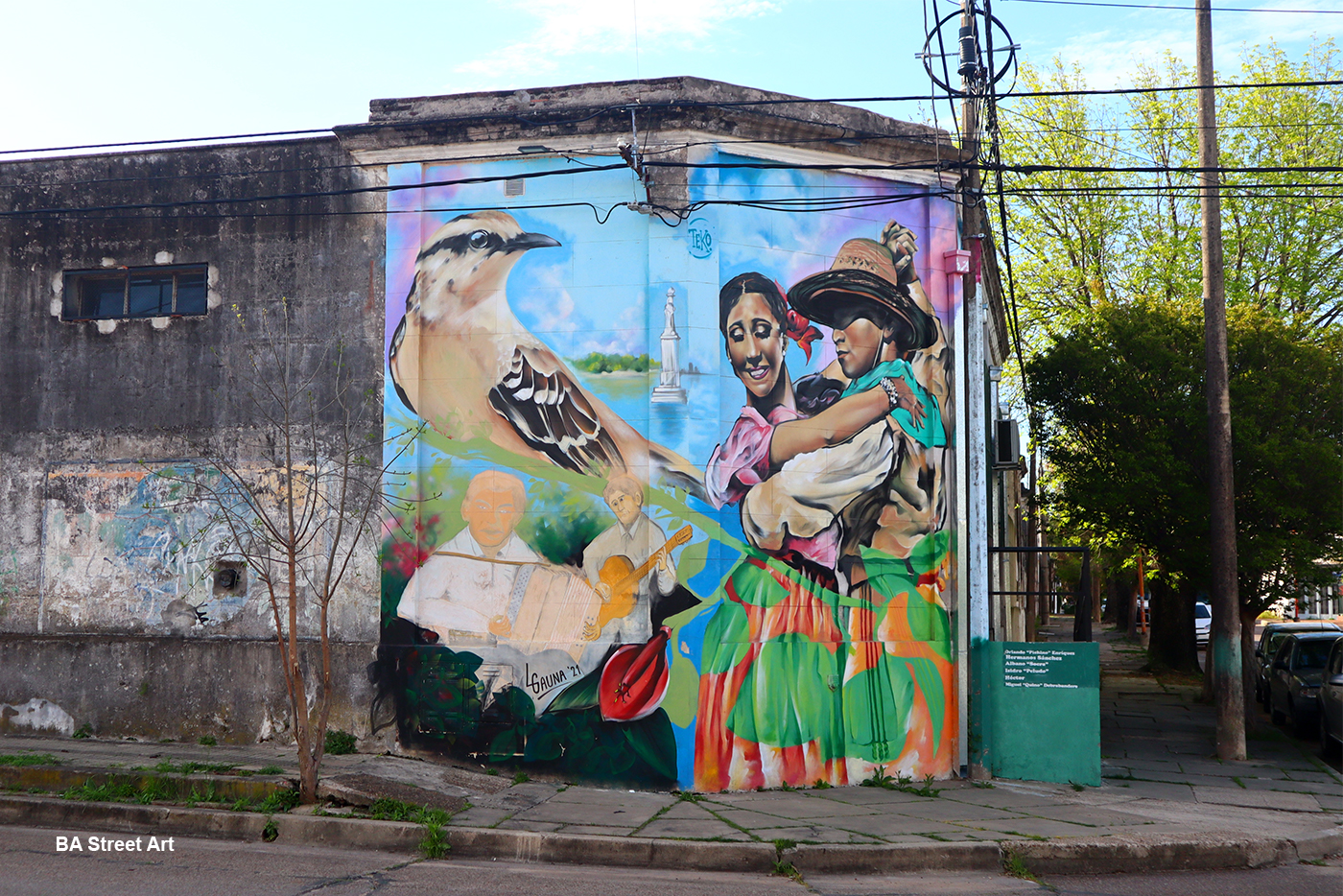 The mural was inaugurated jointly by the Secretary of Culture of Entre Ríos and Villaguay and Federal governments that also held events in their respective cities.

The artwork is located on the corner of Galarza and Antártida Argentina streets at the Residence for Older Adults.

END_OF_DOCUMENT_TOKEN_TO_BE_REPLACED

The second edition of UruGraff in Concepción del Uruguay, Argentina took place at weekend with 18 artists invited to paint... 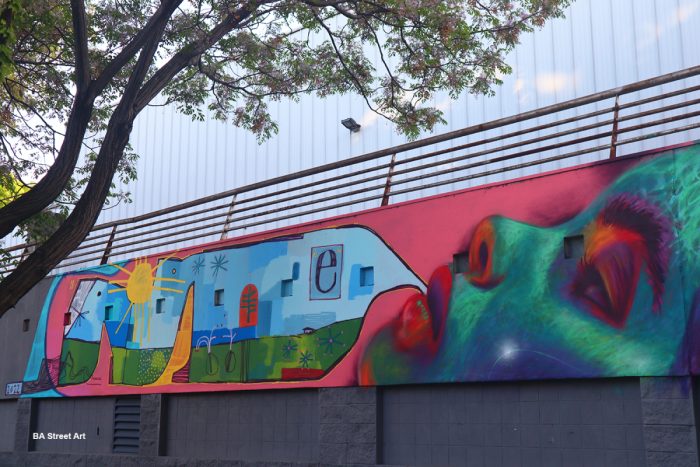 END_OF_DOCUMENT_TOKEN_TO_BE_REPLACED

Kozte has been in Buenos Aires and teamed up with Mart Aire to paint a cool new mural in Coghlan...