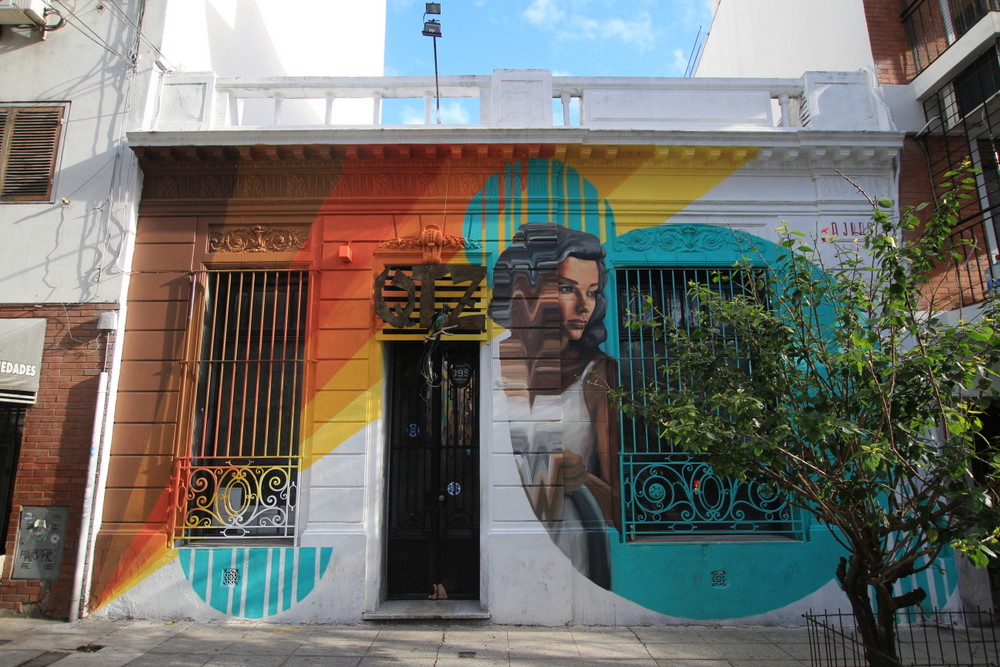 Mural by Mariela Ajras called ‘Interferences. An interpretation of time’

The artwork is entitled ‘Interferences. An interpretation of time’ (‘Interferencia. Una interpretación del tiempo’). “The theme I guess is about memory, and the perception of time and remembrance. How fictional a memory can be, how much of ‘a literary decoration’ we put into the speech of the memory, and how far from the truth it actually is, so it becomes another event in a way,” said Mariela. “And how some parts and bits are gone, disappear from the consciousness and the question is: ‘where did they go’? The interference has to do with that lapsus, the omission of a part, a part of our history that is lost in the labyrinth of the mind and my intention is to represent visually that idea – a memory taken out of its context enhanced by its foreign quality and almost about to be gone, to escape from recollection.” 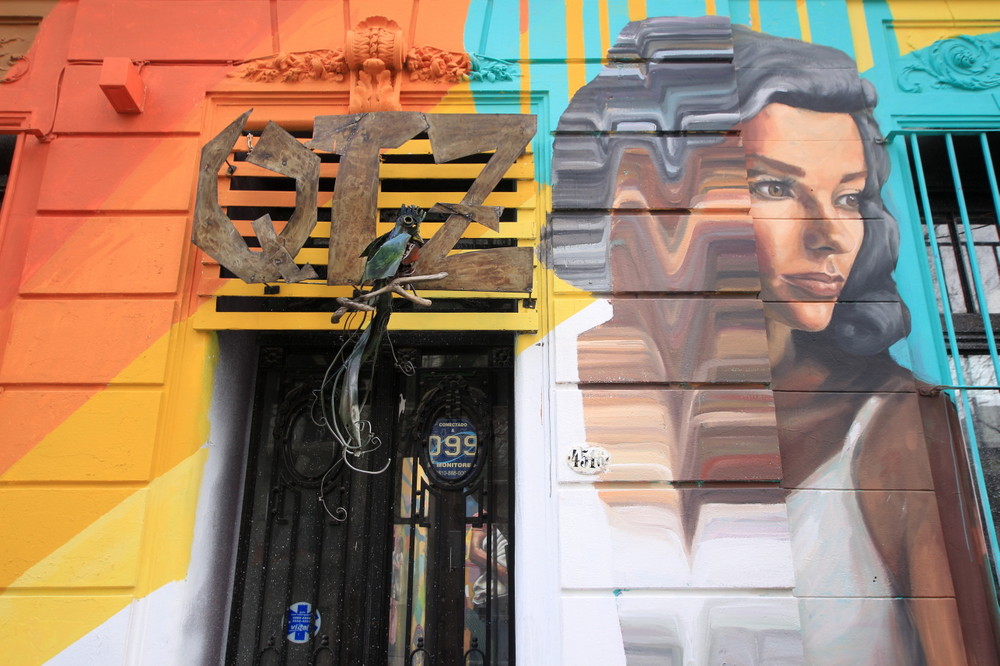 The artwork features a striking female portrait. Mariela explained: “The woman is not necessarily anyone in this case but a subrogate of any woman, an image of a memory, a distant and blurry person who was a part of someone’s memory randomly (or not) and now is the remains of an event which is barely remembered.” 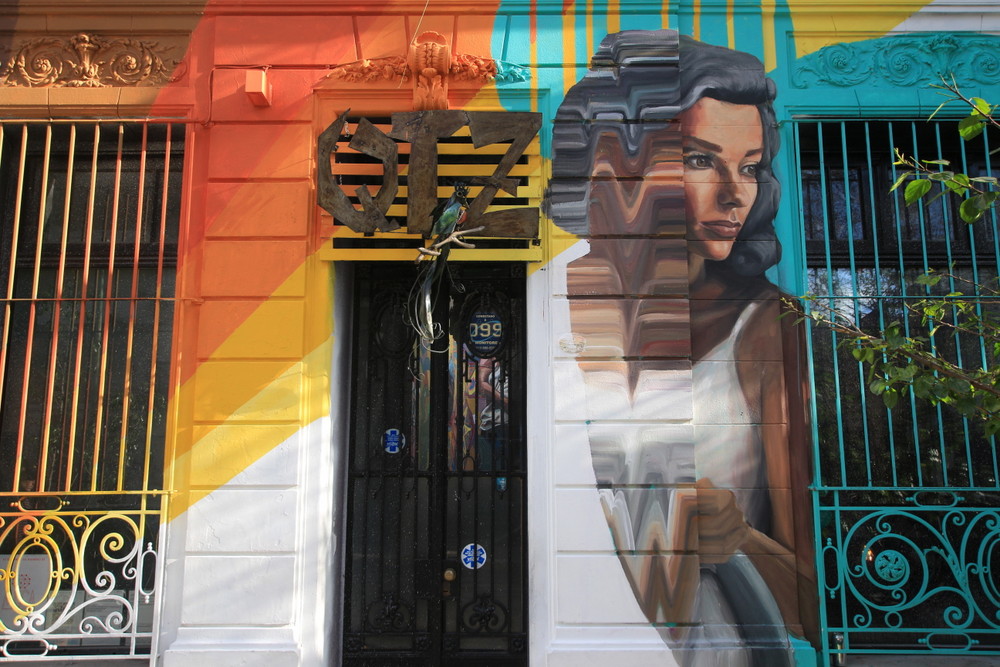 Mariela actually started painting the mural in May but she caught pneumonia and was unable to continue painting for several weeks. She added: “There was an actual interruption, interference in the process and that is the name of the mural, though I realised later about that coincidence!” 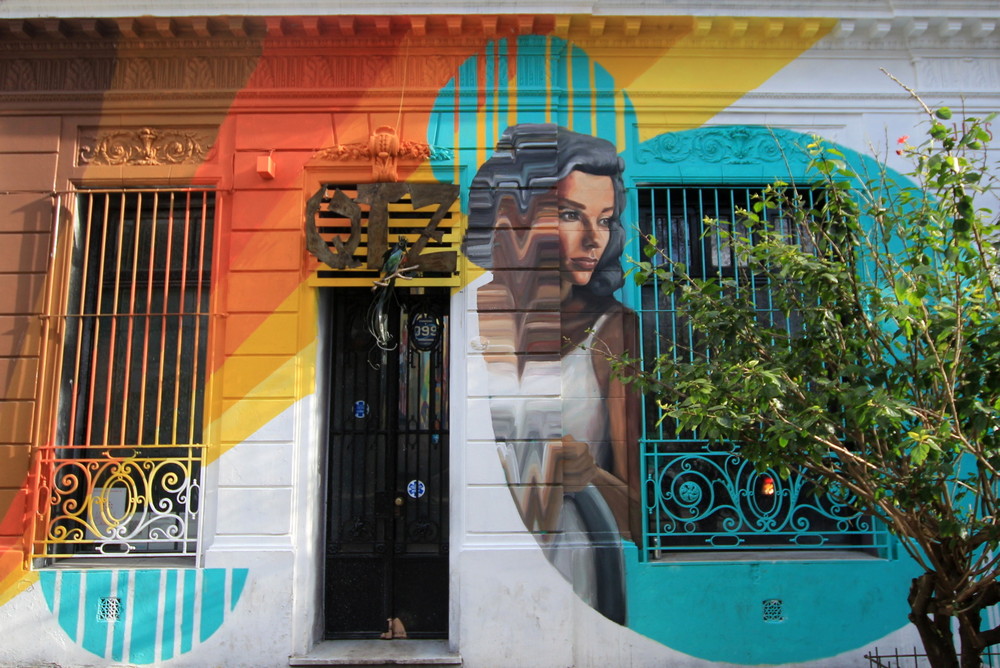 This mural was curated by Mariano Viceconte at El Quetzal (Guatemala 5416) in Palermo, a cultural space that supports the local street art scene and has invited different artists to paint its walls in the last few years. Check out more murals by Mariela Ajras at www.facebook.com/mariela.s.ajras 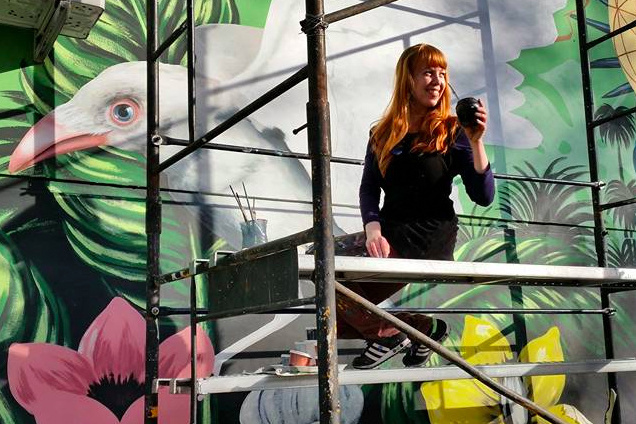 END_OF_DOCUMENT_TOKEN_TO_BE_REPLACED

Nina Valkhoff interview about her mural in Buenos Aires 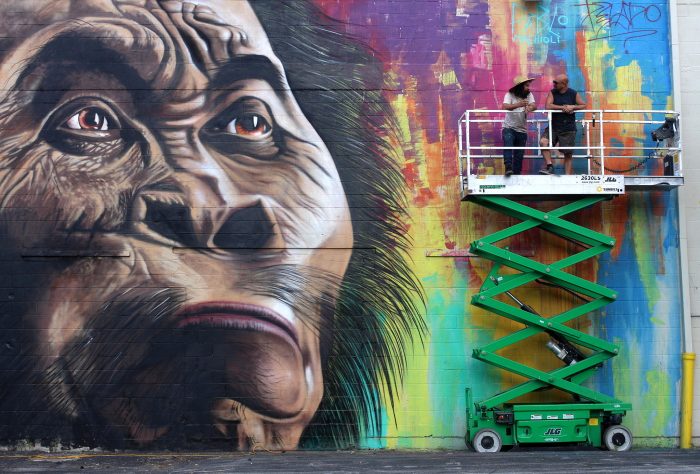 END_OF_DOCUMENT_TOKEN_TO_BE_REPLACED

New mural in Baltimore by Alfredo Segatori and Pablo Machioli

Argentine street artist Alfredo Segatori has been in the U.S.A. and teamed up with Pablo Machioli to paint this new mural featuring...