Colombian street artist Nomada has been in Buenos Aires and painted this colourful new mural over two days on the front of a house in Coghlan. The mural was organised and sponsored by Buenos Aires Street Art. Details of part of the new mural by Nomada 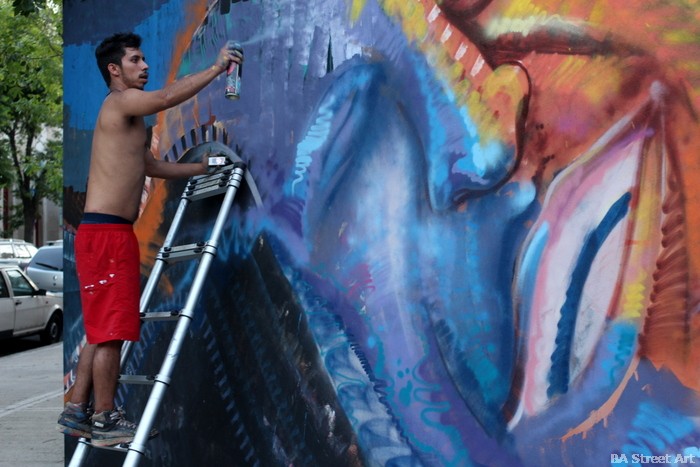 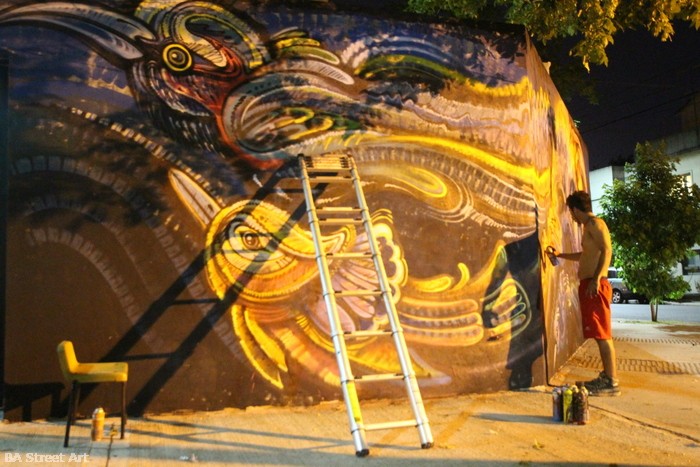 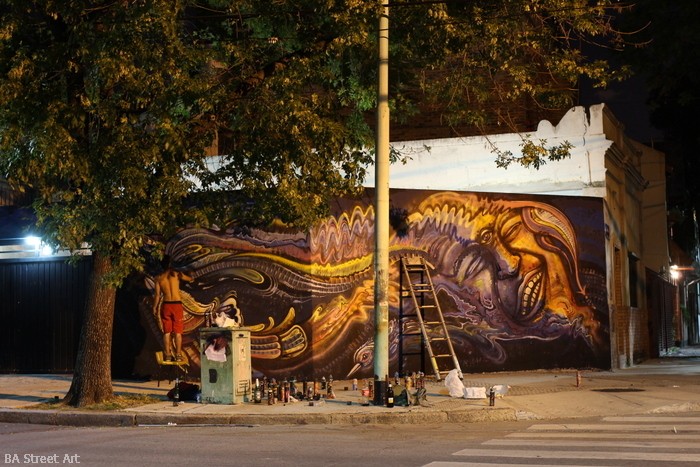 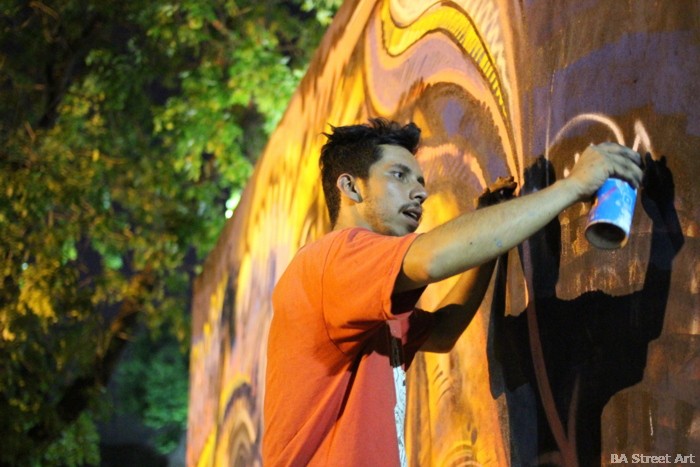 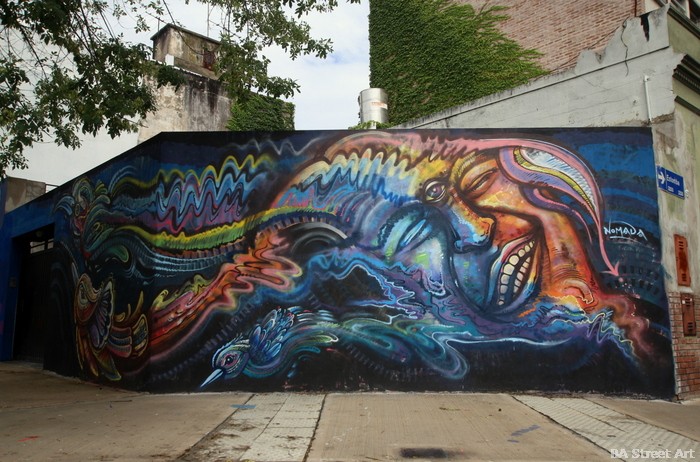 Details of the face 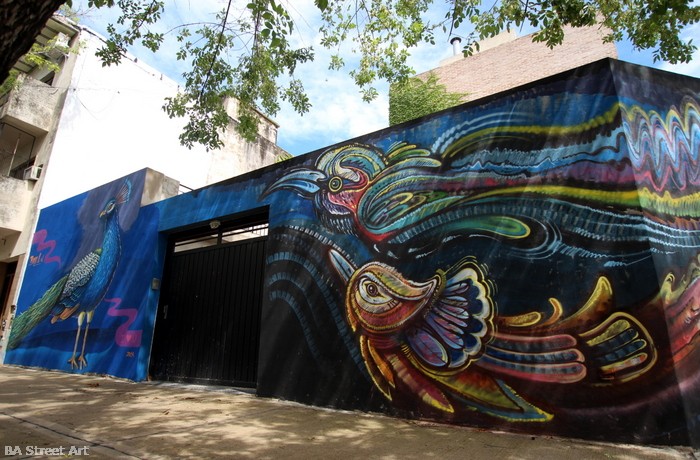 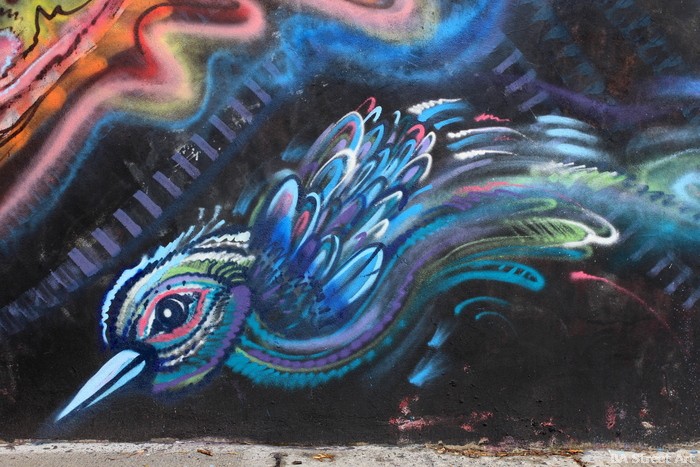 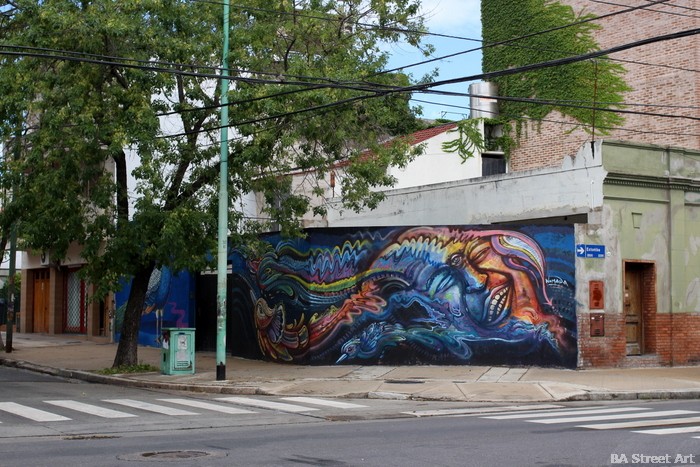 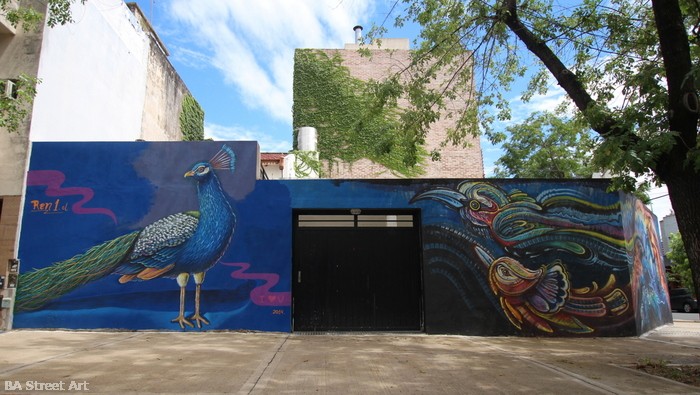 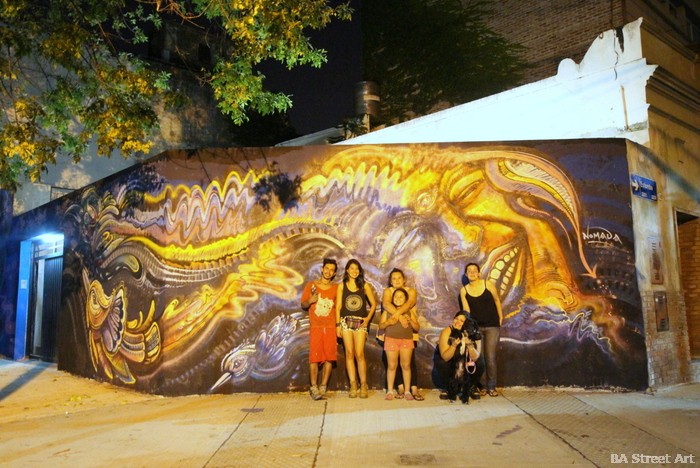 Nomada with Guillermina and friends.

Thanks to Nomada, Guillermina,  José and also Kuwait Aerosols for helping with mural project.