Alec Monopoly was in Buenos Aires for the Puma Urban Art event at Centro Cultural Recoleta earlier this month and found time after to paint a piece in Palermo. The American street artist is best known for his satirical artworks featuring Uncle Pennybags, the character from the Monopoly board game. 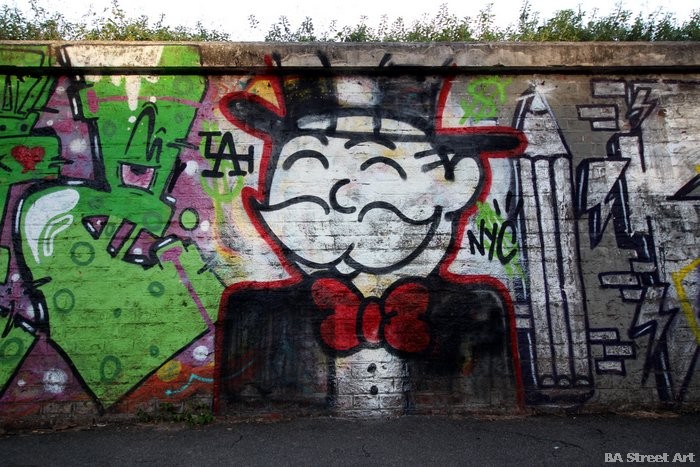 Artwork near Las Cañitas in Palermo 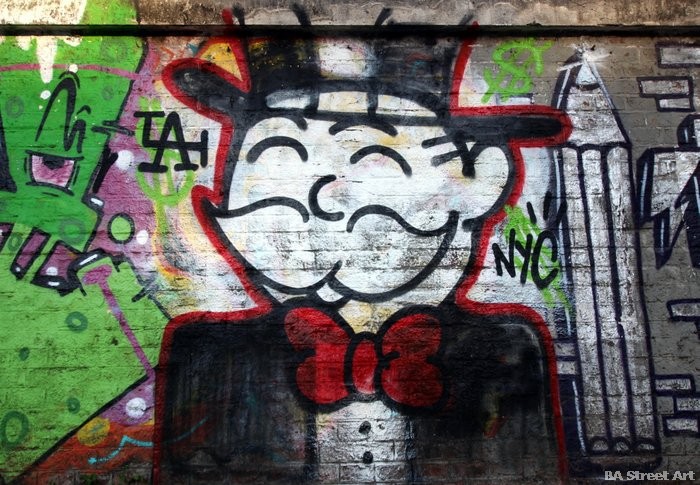