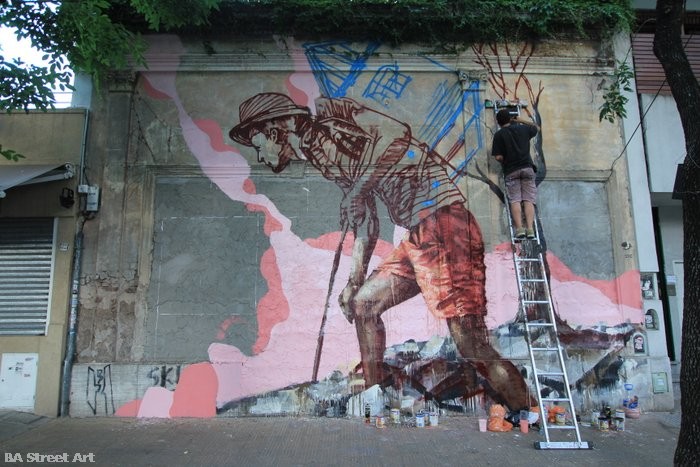 The artwork he has named ‘Homeless Bound’ shows a man being burdened by the weight of a house he is carrying on his back and relates to the global housing crisis. 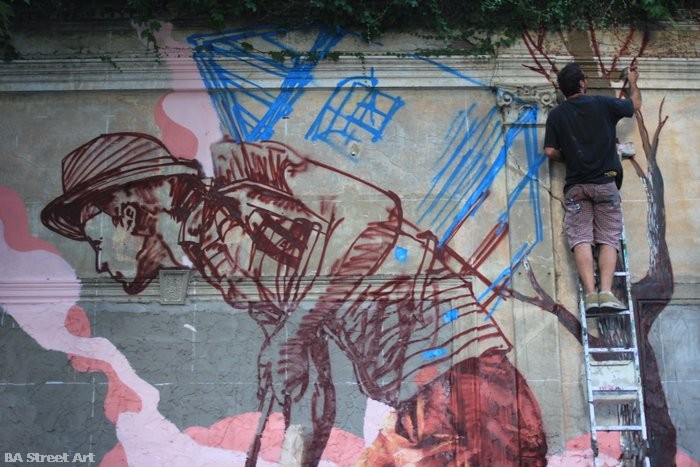 The design on a the blocked-up house in Palermo took the Australian artist two and a half days to complete and the figure is based on a photo Fintan took of Buenos Aires Street Art founder Matt Fox-Tucker with whom he was staying with while he was in Argentina. Fintan told Buenos Aires Street Art: “The figure represents a homeless person carrying a house on his back rather like a hermit crab. Palermo is an upper-class neighbourhood and the house used to be occupied by homeless people who were then displaced and had to find a new home.” 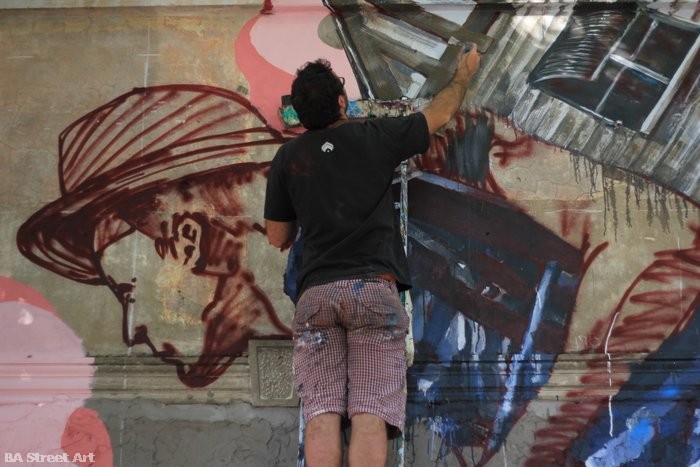 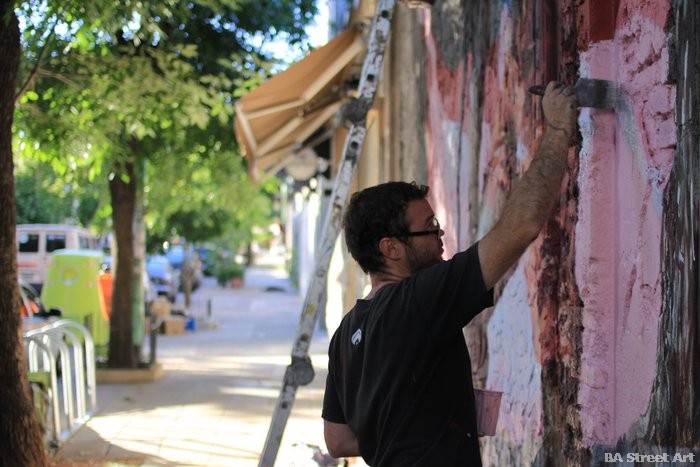 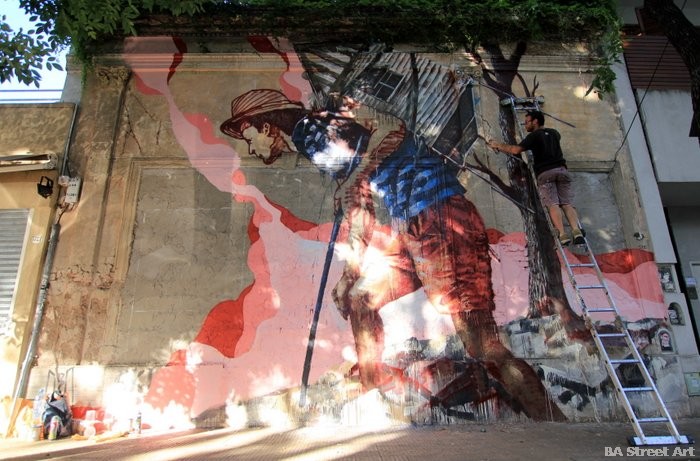 Fintan uses both paint brushes and aerosol spray to create his amazing textures. 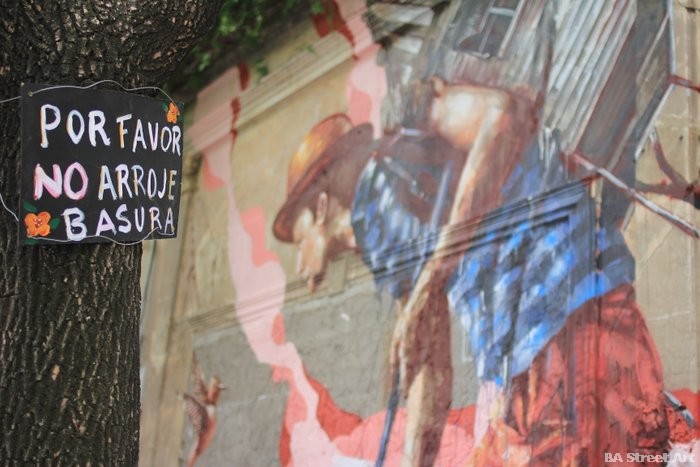 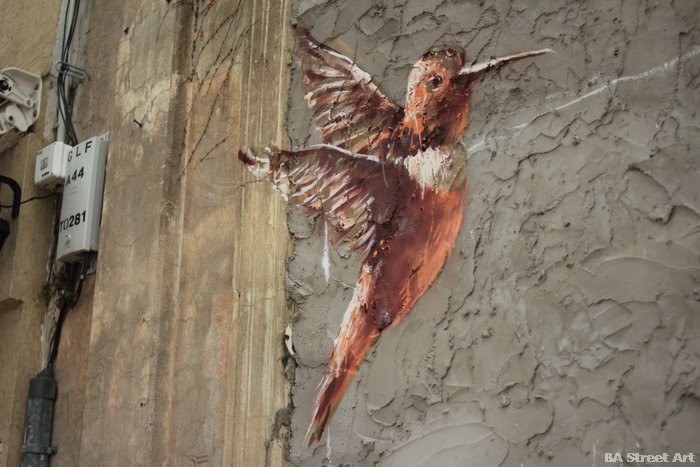 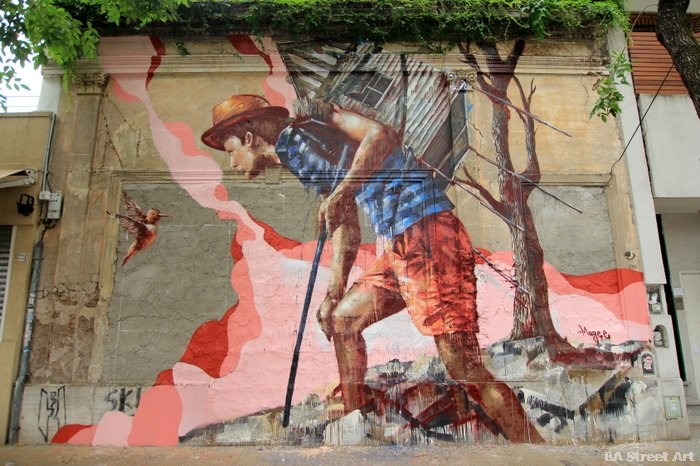 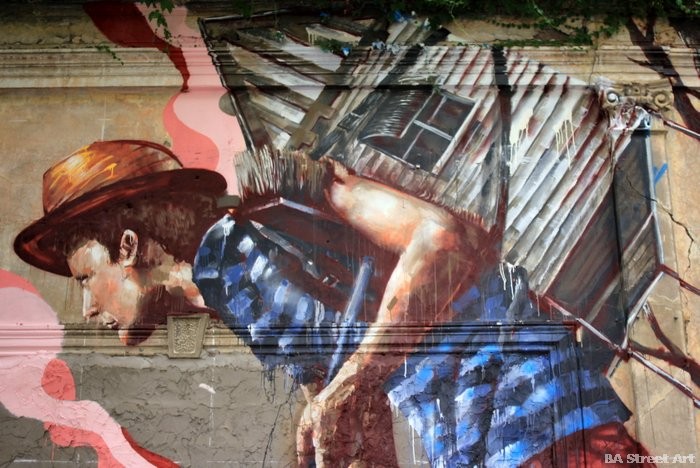 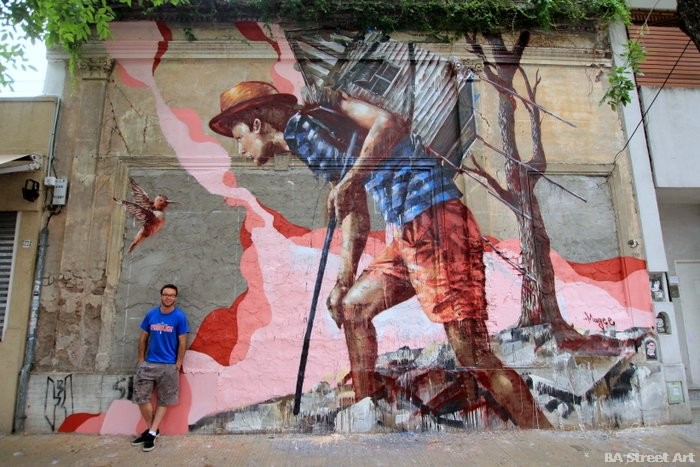 Fintan Magee with his finished mural on Thursday afternoon 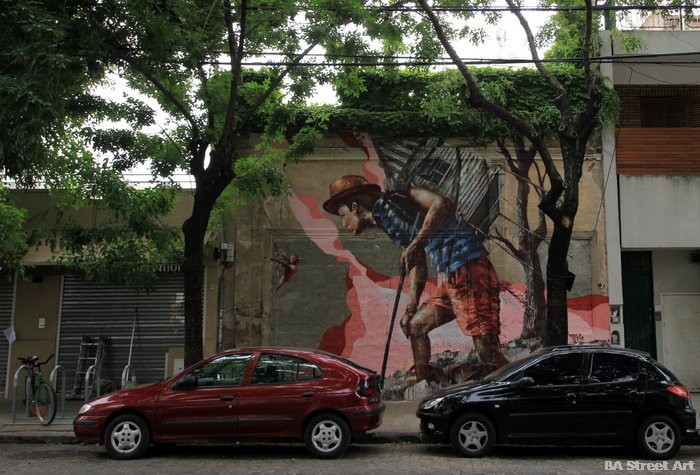 Check out more amazing artworks by Fintan Magee at www.fintanmagee.com 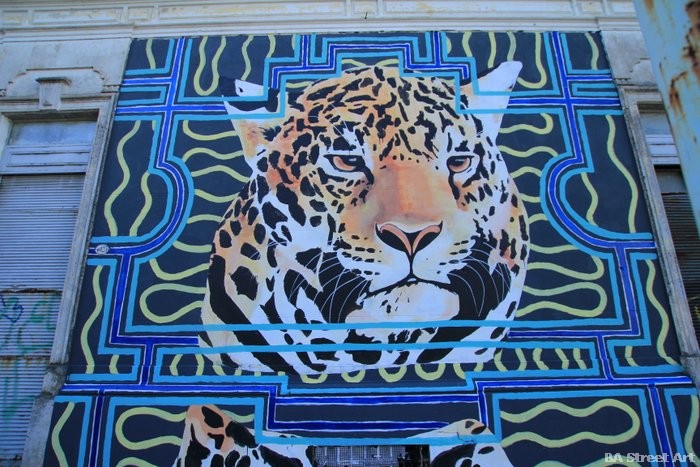 END_OF_DOCUMENT_TOKEN_TO_BE_REPLACED

Maese Warrior has painted a spectacular new mural featuring a giant portrait of a jaguar on the facade of a...

END_OF_DOCUMENT_TOKEN_TO_BE_REPLACED

“Fear and Loathing in Buenos Aires” is the name of a new piece by graffiti artist Rana in the neighbourhood...

One reply on “Fintan Magee mural in Buenos Aires”