Pelado completed his spectacular mural named “Por una Cabeza” near the Hippodrome in Palermo last night. The design features a portrait of Carlos Gardel with his band next to jockey Irineo Leguizamo riding his racehorse ‘Lunático’. 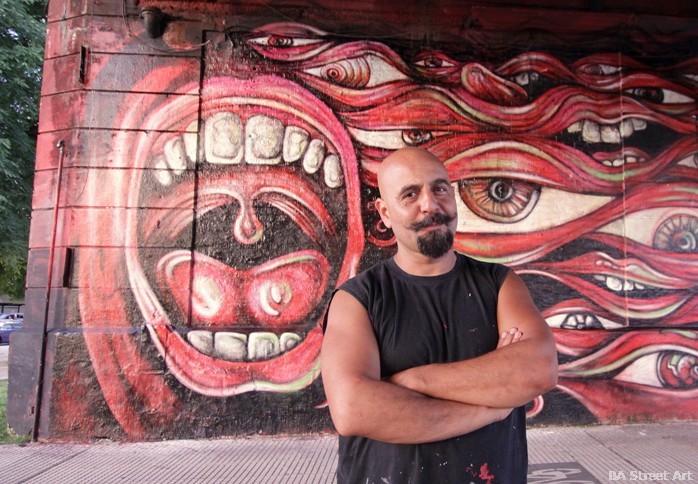 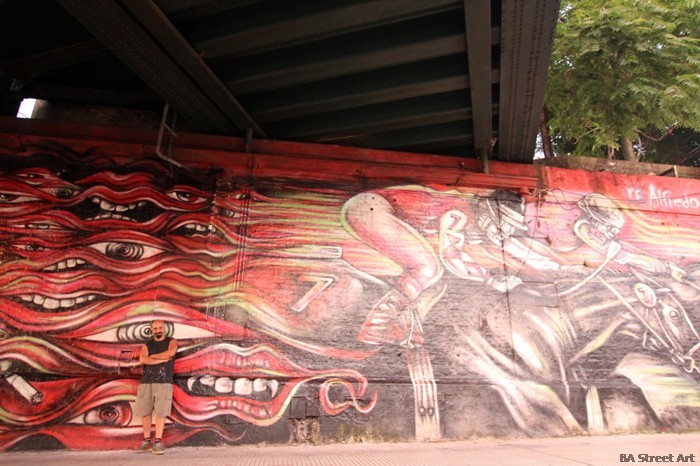 The title of the mural “Por una Cabeza” (“By a head”) is inspired by the well-known tango song by Gardel, and it features a series of eyes and mouths that relate to the spectators and frenzy of race-goers who lay bets at the track. 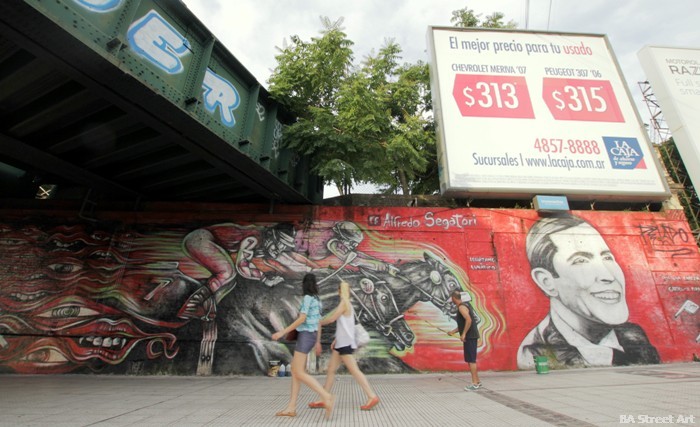 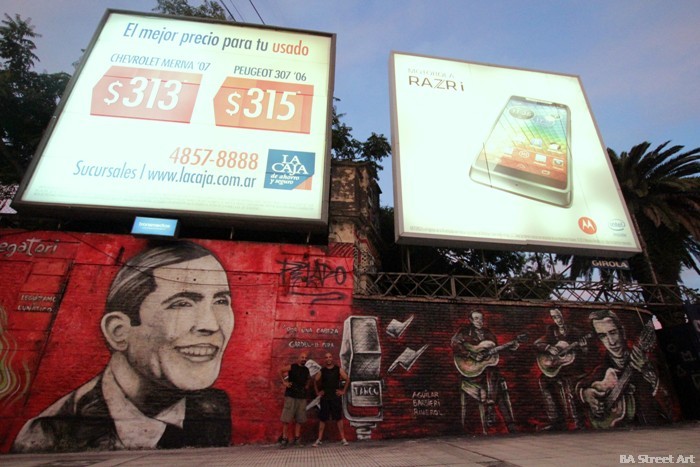 Pelado and his assistant Diego 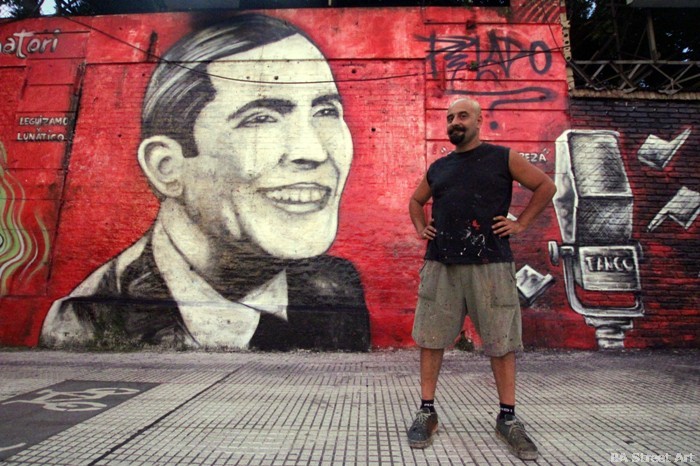 Pelado and his portrait of Argentine tango legend Carlos Gardel 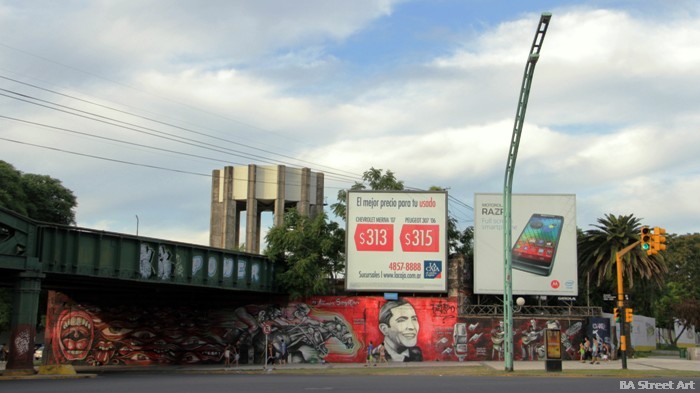 Completed mural along Avenue Libertador and Avenue Bullrich in Palermo 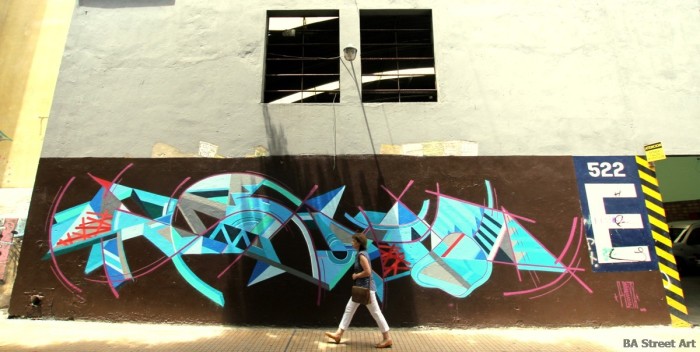 END_OF_DOCUMENT_TOKEN_TO_BE_REPLACED

Poeta finished a new mural last week  in San Telmo. It’s his last piece in the street in 2012. You... 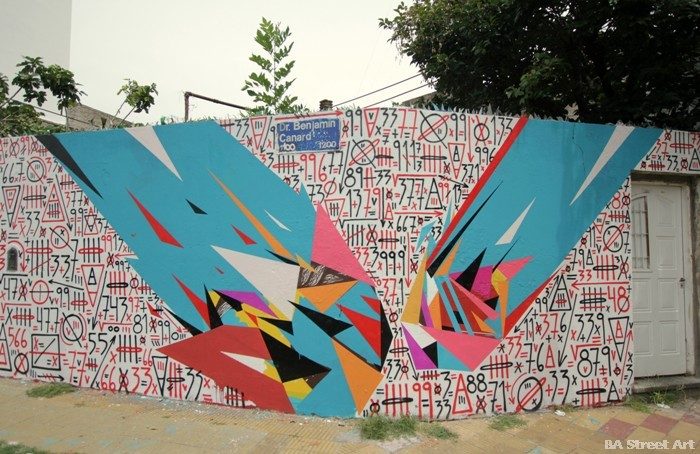 END_OF_DOCUMENT_TOKEN_TO_BE_REPLACED

Chu and Sixe completed a great colourful new collaboration on the front of a house by the bus depot in...

One reply on “Pelado completes Carlos Gardel mural in Palermo”