Graffiti stencils by animal rights campaigners outside Buenos Aires Zoo claim that keeping animals in captivity in zoos is “like a prison”. 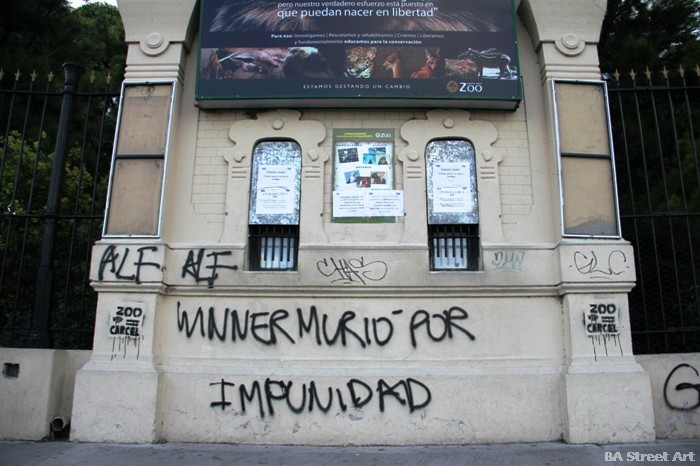 “Winner died due to impunity”.

Winner, the last remaining polar bear at Buenos Aires Zoo sadly died on Christmas morning to hyperthermia, the cause was “the unusually high temperatures, combined with Christmas eve fireworks and the bear’s nervous temperament,” a spokesman at Buenos Aires Zoológico confirmed on Boxing Day. 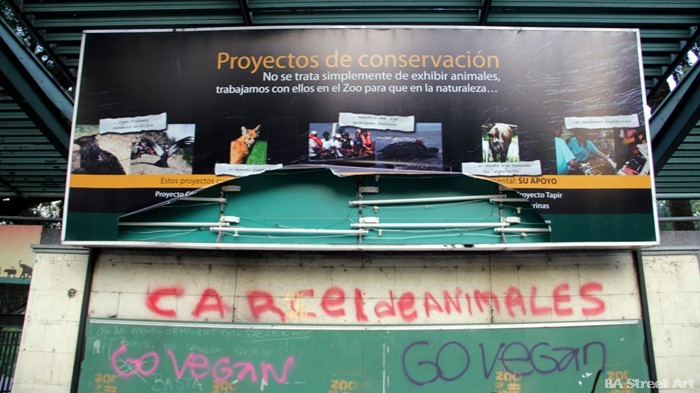 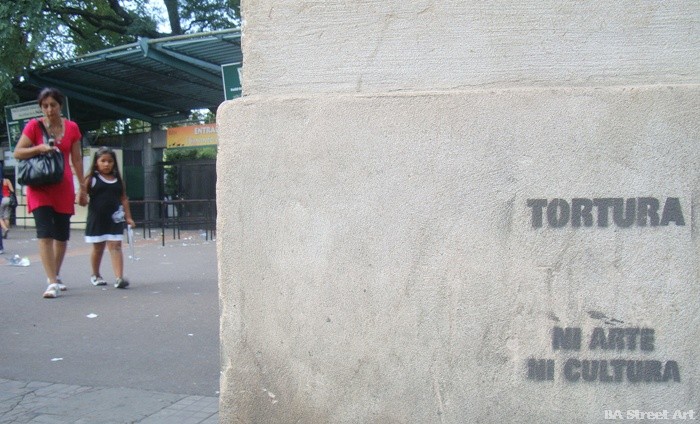 “Torture. Neither art or culture.”

“Bars are for those who don’t know how to fly”. 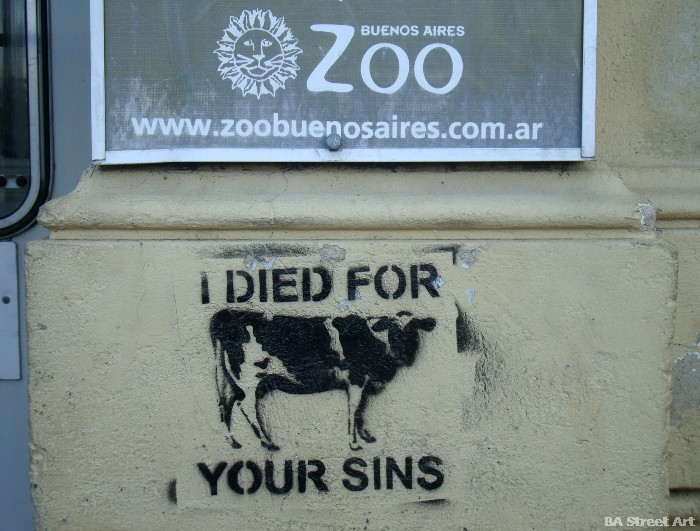 Vegan graffiti outside the zoo in Plaza Italia.

Whether you agree with keeping animals in captivity or not, you don’t have to visit the zoo in Buenos Aires to see wild animals, there are plenty of them on the walls of the city! 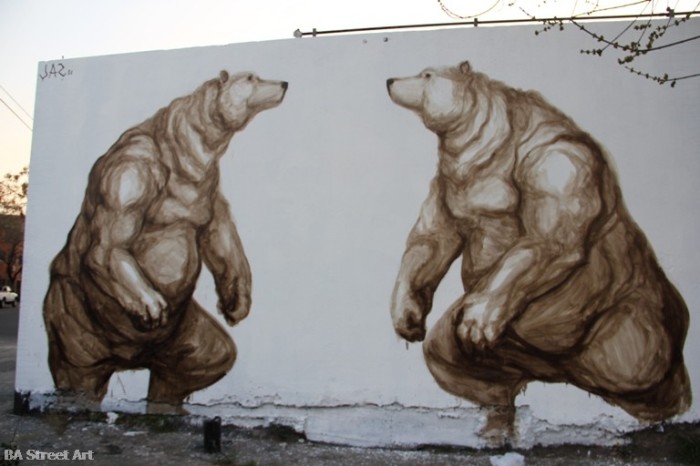 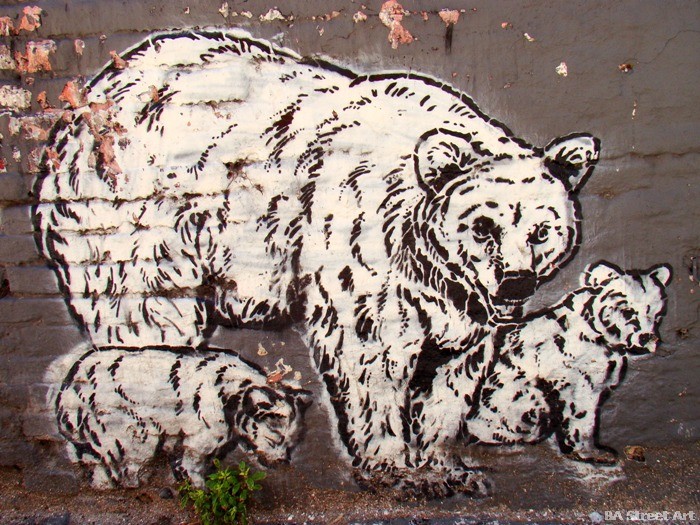 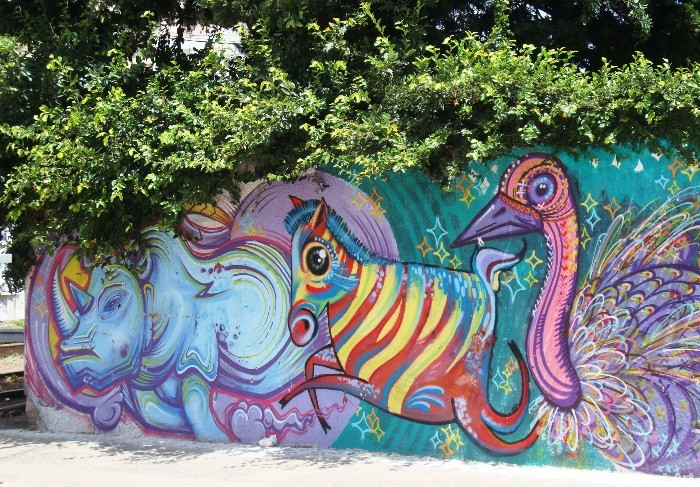 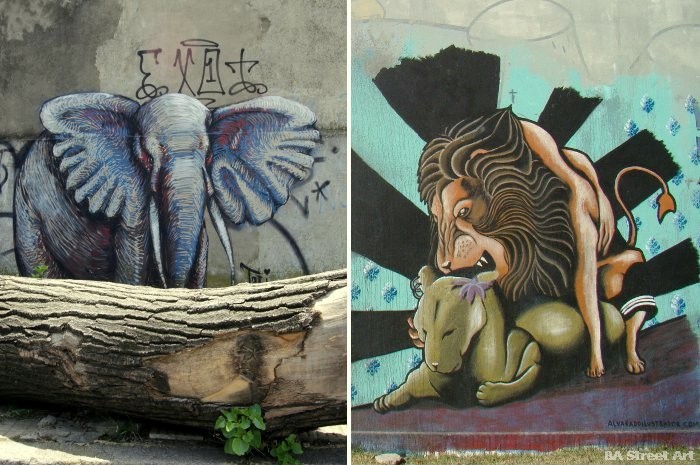 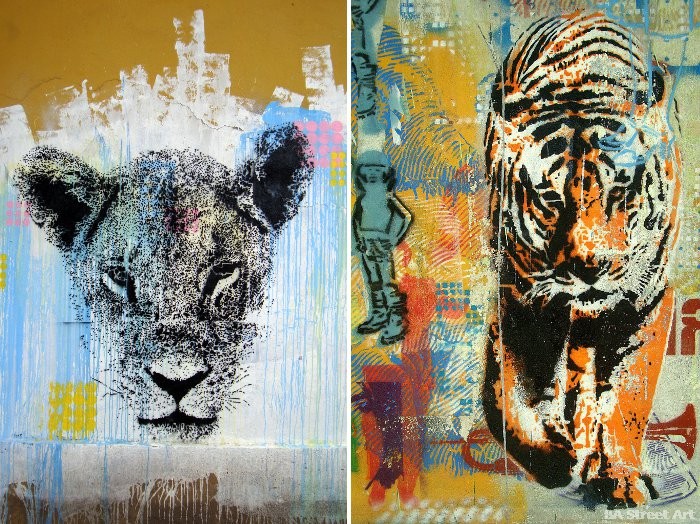 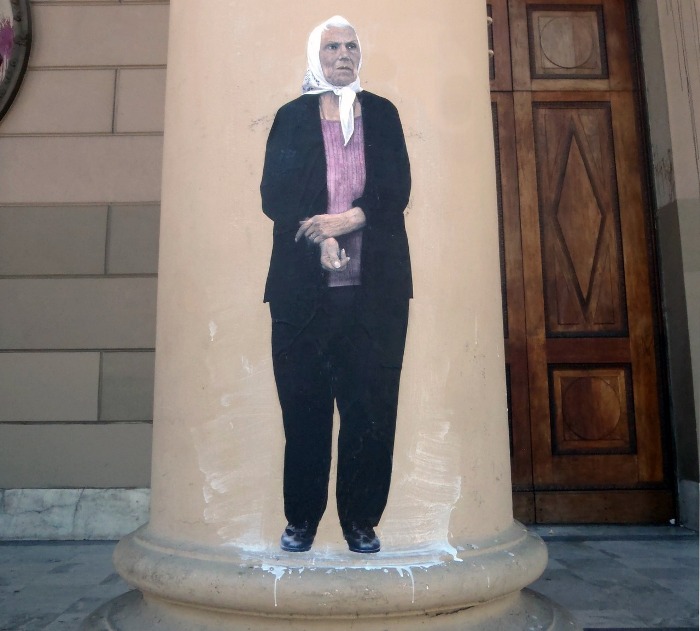 END_OF_DOCUMENT_TOKEN_TO_BE_REPLACED

No Touching Ground put up these bold new wheat pastes at the weekend on three columns of the Metropolitan Cathedral in... 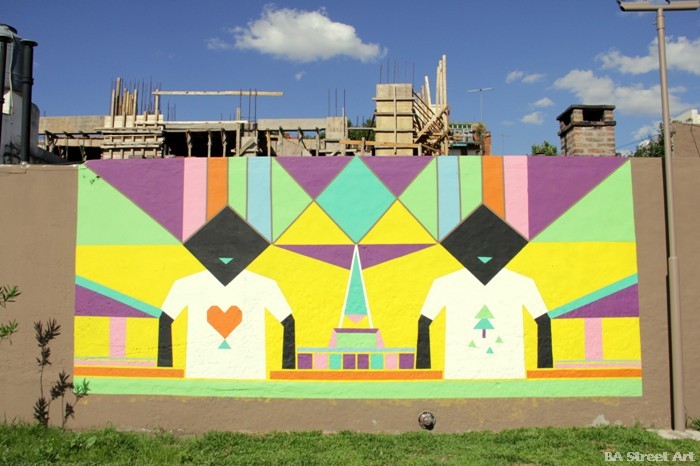 END_OF_DOCUMENT_TOKEN_TO_BE_REPLACED

Sael finished some cool new designs for the inauguration of a new skate park in Nuñez a few weeks ago....