Aryz was one of more than 70 street artists painting at Meeting of Styles 2012 “All in One” today as the second edition of the street art festival in Buenos Aires officially got underway after the bad weather yesterday. 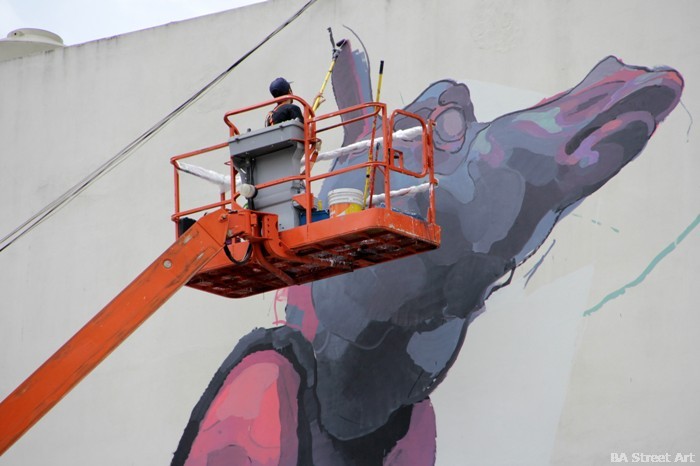 Aryz painting at Meeting of Styles 2012 in Buenos Aires today 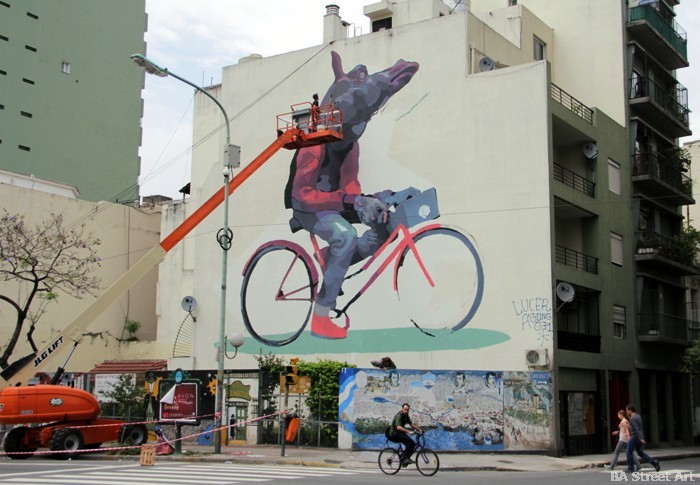 Better by bike – new mural by Aryz in San Telmo 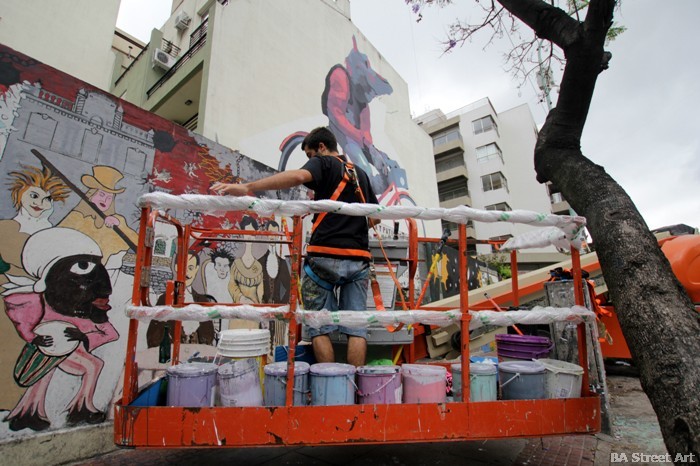 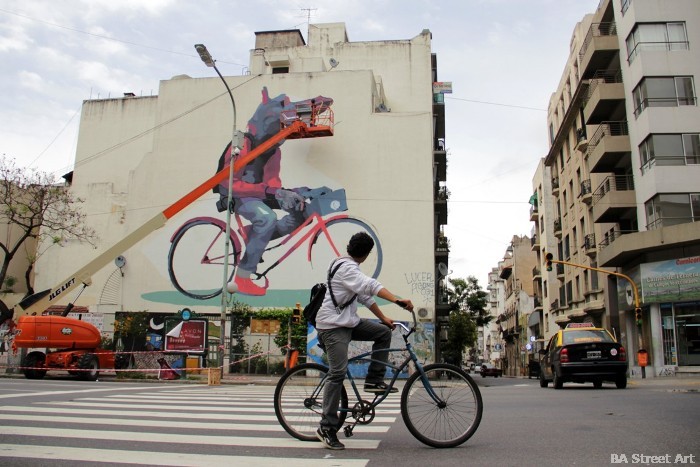 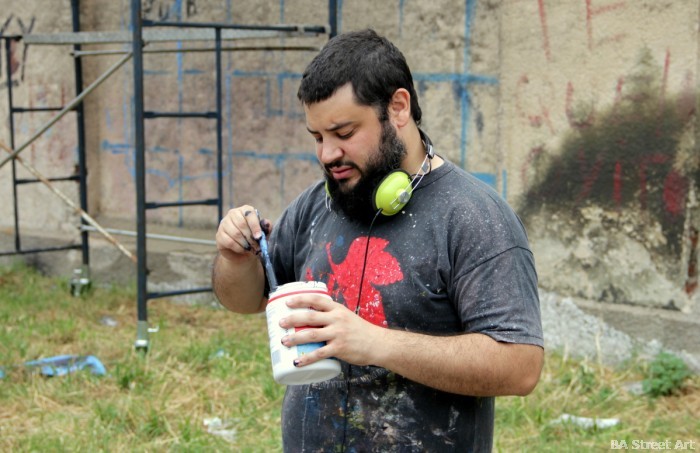 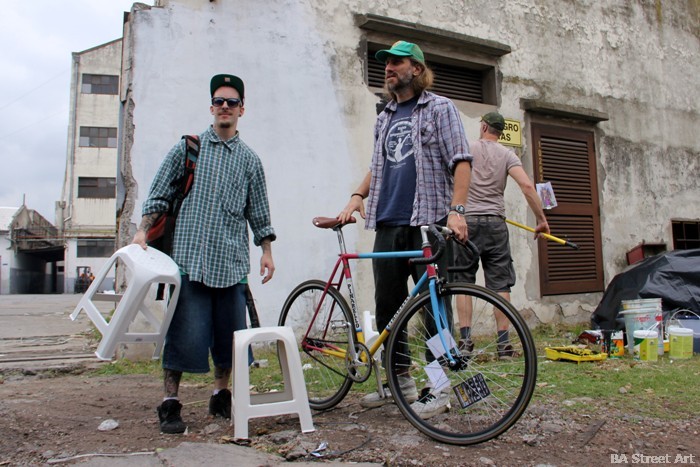 The artists will be painting in Barracas again tomorrow until Monday and Bruk says he and his crew are looking forward to painting some walls: “The idea of Meeting of Styles is to have a good time and cover the walls with colour while spending some time with our friends and the other artists.” Lucio Savant said: “We’ve lost a day because it rained yesterday but I calculate what most of us are going to paint is five days work but we will get it done and have a great time too.” 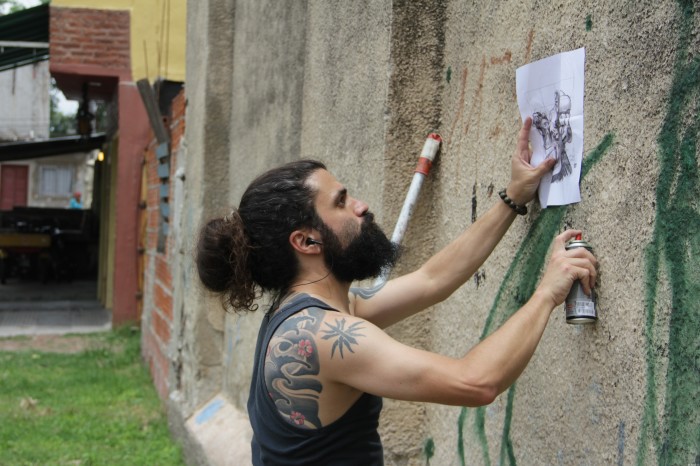 After painting a stunning mural of Skeletor at last year’s Meeting of Styles, Emy Mariani says he’s painting another terrifying character. “It’s the assistant to Skeletor,” revealed Emy. “My original idea was to paint the Virgin Mary vomiting blood as the original wall I was going to paint was vertical but this wall is horizontal so I decided to change. There are people without a childhood who don’t know who Skeletor is, so what better than painting his assistant with the head of Jesus in his hand!”

Emy with picture of Skeletor’s assistant 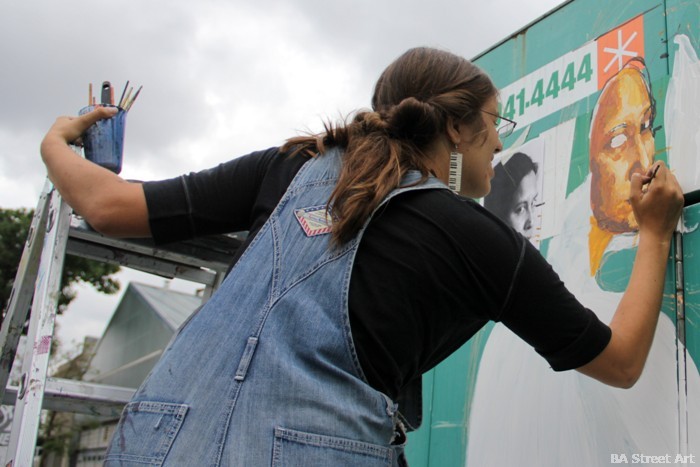 Check out the Facebook page of Meeting of Styles Argentina for more info about the event that continues this weekend. 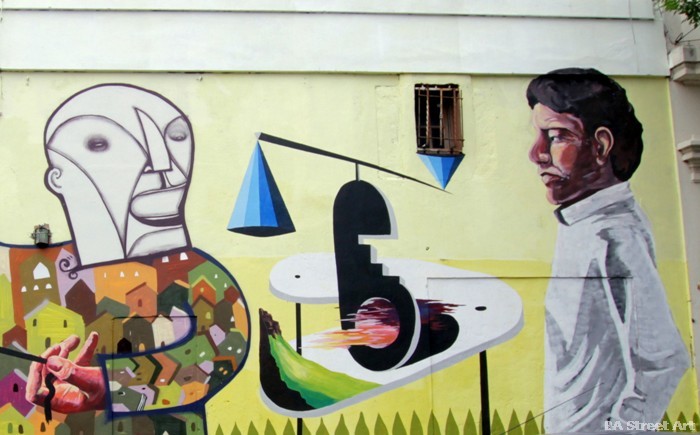 END_OF_DOCUMENT_TOKEN_TO_BE_REPLACED

New murals by Corona with Nanook and Pelos de Plumas

Corona has painted two new collaborations in Constitución, one with Nanook and another with Pelos de Plumas. 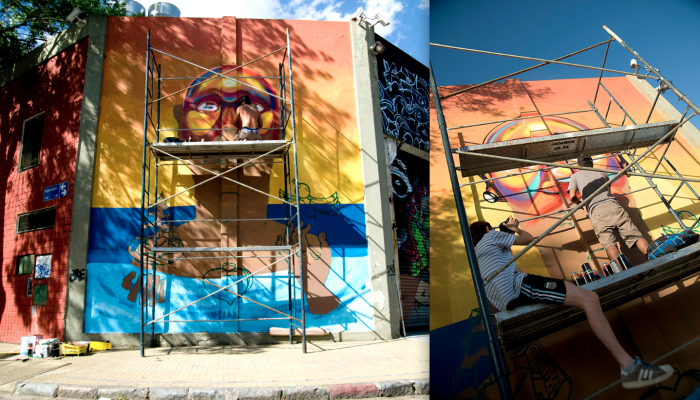 END_OF_DOCUMENT_TOKEN_TO_BE_REPLACED

Street artists were painting some brilliant new artworks at Meeting of Styles 2012 “All in One” in Barracas on Saturday....