Blu has painted a brilliant mural in Milan, Italy at Lambrate railway station depicting a series of giant bicycles riding over thousands of cars. Buenos Aires Street Art took these photos on our trip to Italy last week. 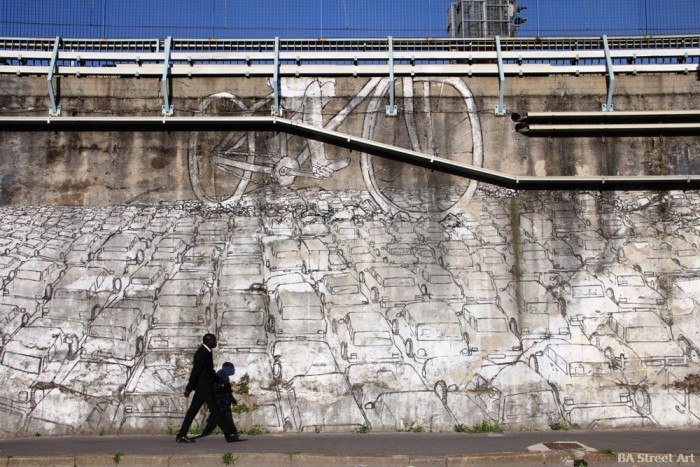 The giant mural highlights how traffic problems could be solved in cities around the world by getting on our bikes and was painted by the Italian street artist in 2009. 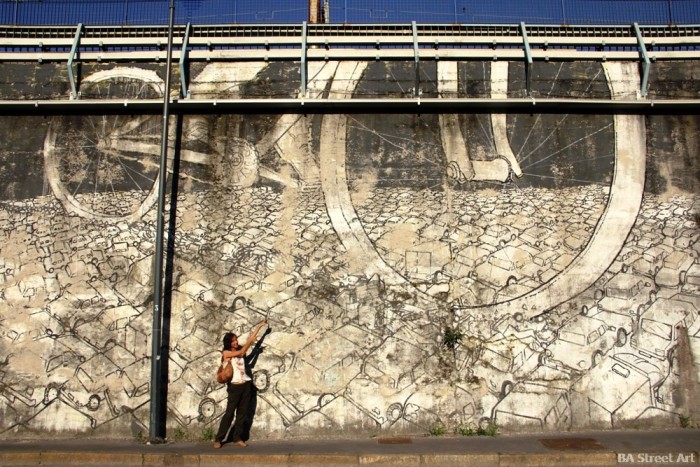 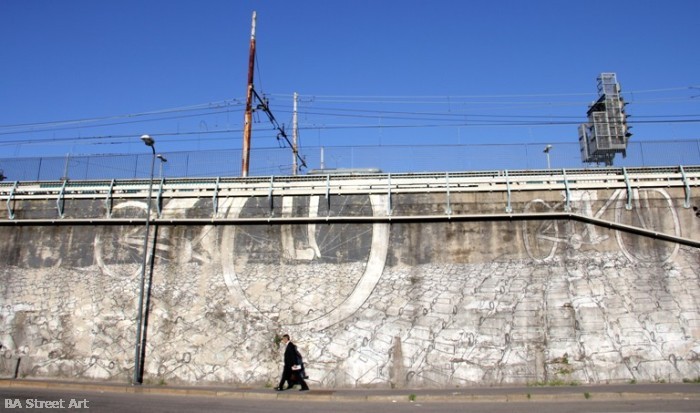 Huge mural by Blu in Milano that stretches some 300 metres 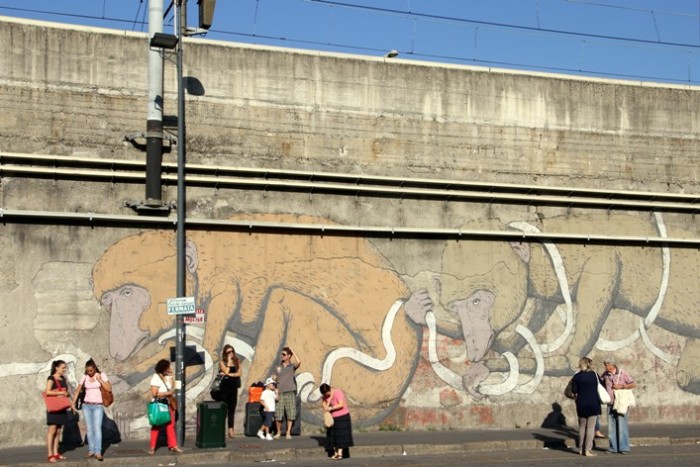 Erica Il Cane also painted a cool series of apes that form part of the collaboration with Blu at Lambrate.