This is a stencil depicting the Batmen of the Mercosur in Coghlan, Buenos Aires. The design refers to the classic Argentine TV comedy sketch about a meeting of the Batmen from Argentina, Brazil, Paraguay and Uruguay. 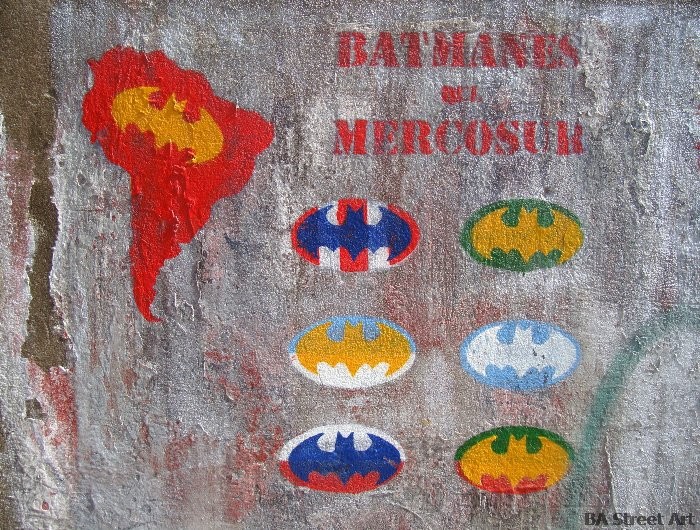 Batmen of the Mercosur countries

This clip below (in Spanish) shows the Argentine Batman making a toast to Perón. “Viva Perón!”, he shouts, while the Uruguayan Batman is drinking maté and clutching his thermos. The Paraguayan Batman then complains about the weather and they all slag off U.S. Superman calling him a ‘gringo de mierda’. The Perónist Batman starts banging his drum and leads his Latin American colleagues on a march against imperialism, while the Brazilian Batman dances the samba like he’s at a carnival. 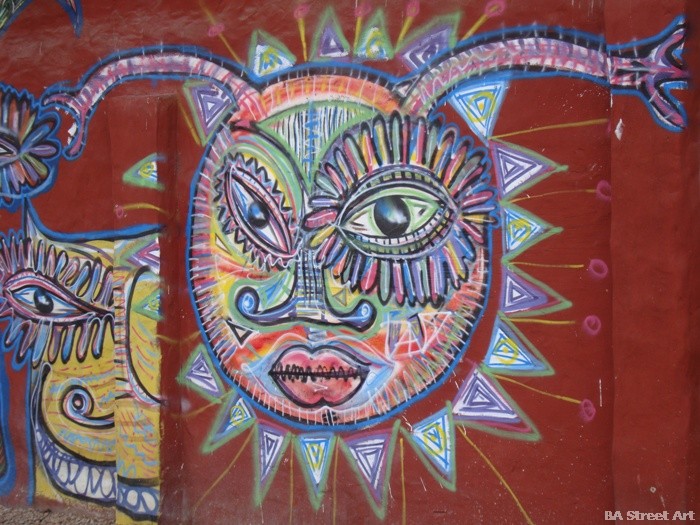 END_OF_DOCUMENT_TOKEN_TO_BE_REPLACED

Illuminating new design by Malegria added onto a mural he painted last year. 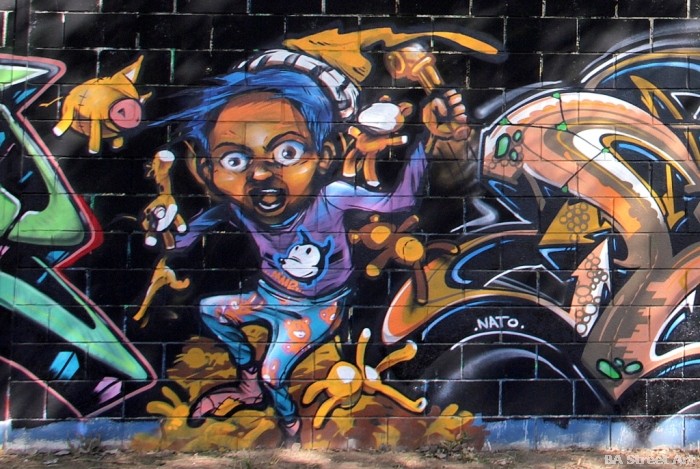