Most people know that the art world is full of egos but it’s not something that street artists normally openly admit. Buenos Aires-based street artists Mondo Lila, Chapa B, Ene Ene, Hipso and Pinocho have been giving their views on urban art in a new short film. 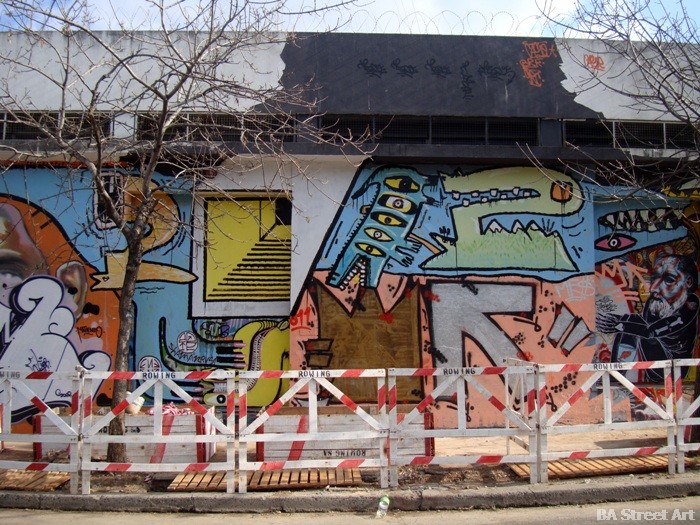 New design by Ene Ene for the short film

Chapa B says all street artists have egos. “The ego is related a lot not just to graffiti but also all form of artistic expression. Every artist is very eogcentric. I think what happens is that when one makes an artwork, it’s like you’re having a child and you think your child is the most beautiful of them all.”

The adulation many artists receive can also fuel the ego, and Chapa B says artists like receiving praise. “When you’re painting I like it when people say: ‘how cool is that’ and ‘it’s great that you’re doing this and enriching the neighbourhood’.”

Mondo Lila thinks painting in the street can be a form of idolatry: “The ego can be interpreted as a form of worship and also can be a search of oneself, a way of saying: ‘Look here! I exist’. I think graffiti or urban art has something self-referential about it.” Mondo Lila, who is well known for her murals of cats and mutants, said artists putting their designs on the web also has a big part to play. “The internet is something accessible and it’s a way so that your work can become better known by more people.”

Chilean street artist Ene Ene says: “The ego appears as soon as you start signing your name in different places and you mark your presence in the city. I sign my name Ene Ene but it’s not so much about my identity but my images.”

So why do artists sign their names and paint in public places? Chilean artist Pinocho simply says: “I paint in the street. I like to be in the street and paint.” While Hipso, who is also from Santiago in Chile, says: “The ultimate objective of graffiti is that the people see it in the street.”

Check out the new short film ‘Arte Urbano 2011’ (in Spanish) 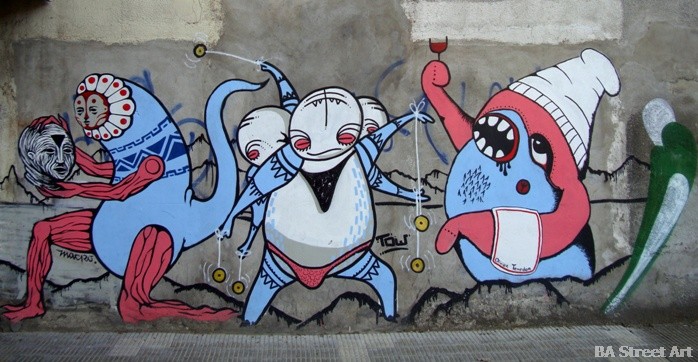 END_OF_DOCUMENT_TOKEN_TO_BE_REPLACED

Latest collaboration by Macro, Tow and Olivier Tenedor featuring three mutant creatures at a party, one of whom is a waiter...

END_OF_DOCUMENT_TOKEN_TO_BE_REPLACED

Today is the birthday of one of Argentina’s most famous writers Julio Cortázar who was born on 26 August 1914....