Argentine plastic artist Diego Perrotta has been working on his latest project called El Matasiete y los Guardiánes, a mural on the Imaginación building at Tecnópolis.

“El Matasiete is the most important character in my work, and also originates from texts that I write,” says Diego. “It’s a character who was probably born in the South of Buenos Aires and it’s a type of avenging angel (justiciero) and defender of the people. The four men who accompany El Matasiete in the mural are fighters like him and stand by the big doors and are defending the building.”

The blue background near the eaves of the building represents the sky, while there will be a middle section depicting a city and mountain scene that represents “a large territory of Argentina”, and a bottom section beneath with water in which the guardians will be standing.

The mural when finished by Diego and his six assistants will also include texts in the circles on the chests of each the guardians that relate to the four different ‘zones of protection’. These zones also reflect the environmental difficulties Argentina has been facing with ash clouds, deforestation, volcanic eruptions from Chile, pollution of its rivers and erosion of its glaciers. “Every territory has its problems so the guardians have to be alert to protect these areas,” says Diego.
Previous Reading 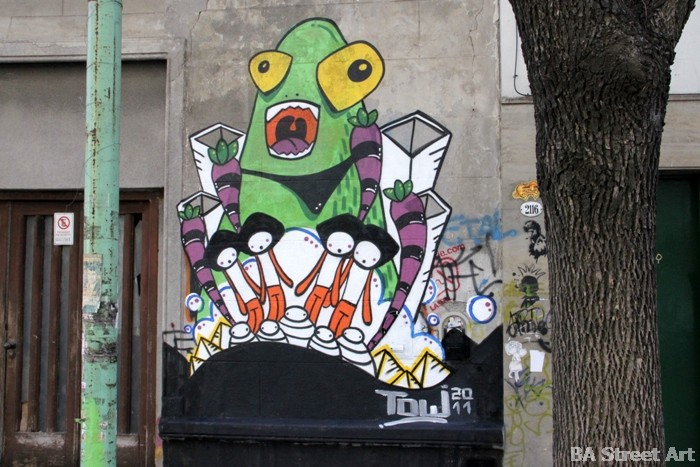 END_OF_DOCUMENT_TOKEN_TO_BE_REPLACED

Chilean street artist Tow Tomas was painting a new mural in Palermo last night. Tow told me the design on... 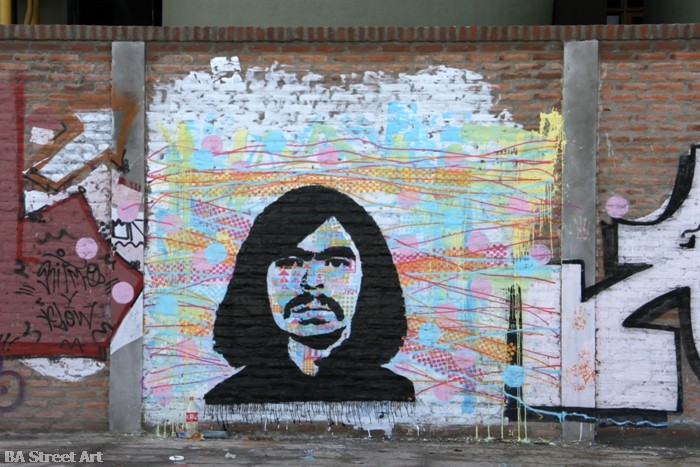 END_OF_DOCUMENT_TOKEN_TO_BE_REPLACED

New design by Cabaio Stencil in Colegiales painted a couple of days ago. Cabaio told Buenos Aires Street Art the...