Pedro and Santiago Panichelli and Francisco Ferreyra first began to paint together under the name Triangulo Dorado in 2007. Three years earlier as a teenager, Santiago started painting tags near railway lines, however his elder brother is keen to stress the group are not ‘graffiti artists’. 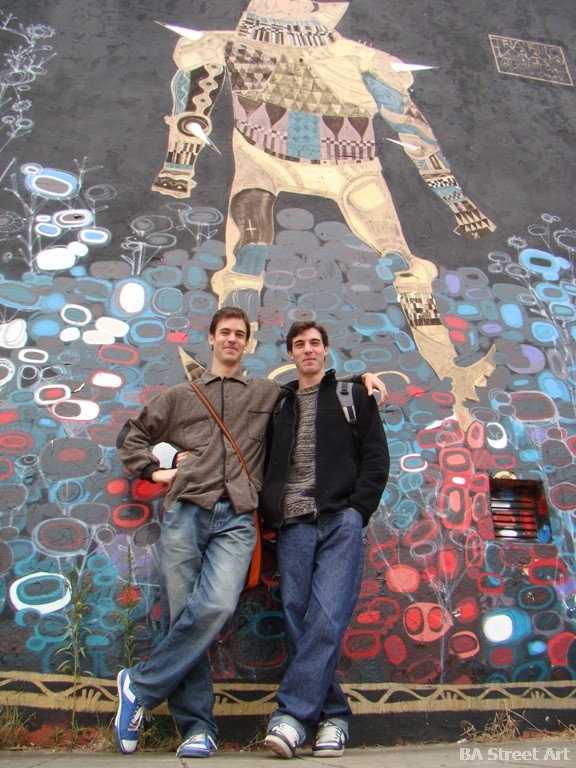 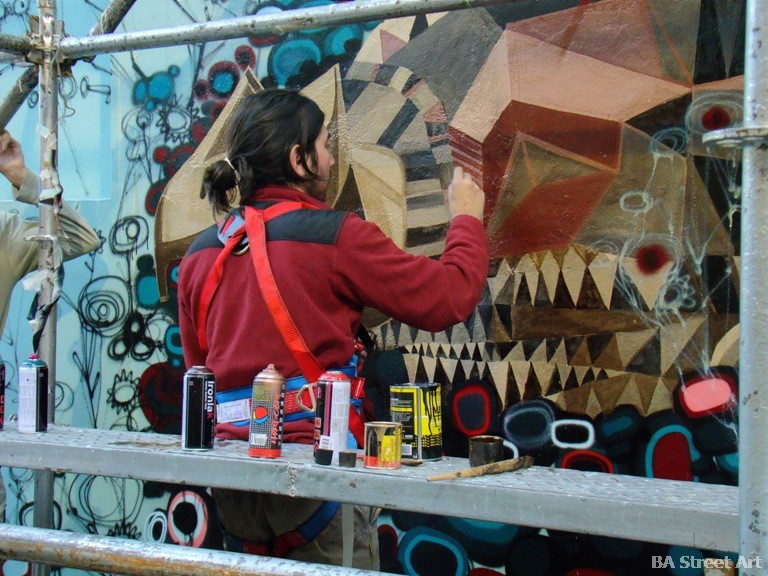 “We don’t consider ourselves graffiti artists,” says Pedro. “The graffiti artist goes where he wants and appropriates the space, and is breaking the law when he does so. Also we don’t work all the time with aerosols, we use paint brushes and lots of other tools.” Triángulo Dorado are also aware that asking permission to paint has huge benefits. “If the owner grants you permission to paint his wall, you then have the wall all to yourself and you can work in a much more relaxed way, with much more care and better results,” says Pedro. “That’s why we always ask permission.” 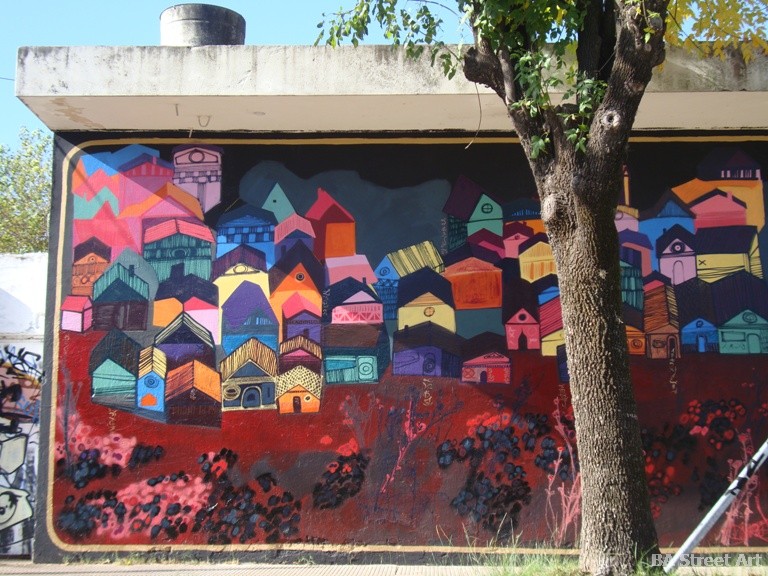 Rooftops: on the wall of a hardware store

Pedro explained how the name Triángulo Dorado meaning ‘Golden Triangle’ came about. “We all painted and drew together when we were at art college. We used the triangle a lot, not to copy one another but just because we both liked using it. When we started working together more professionally we thought it would be good to have an identity that we would be known by rather than just our own names.” 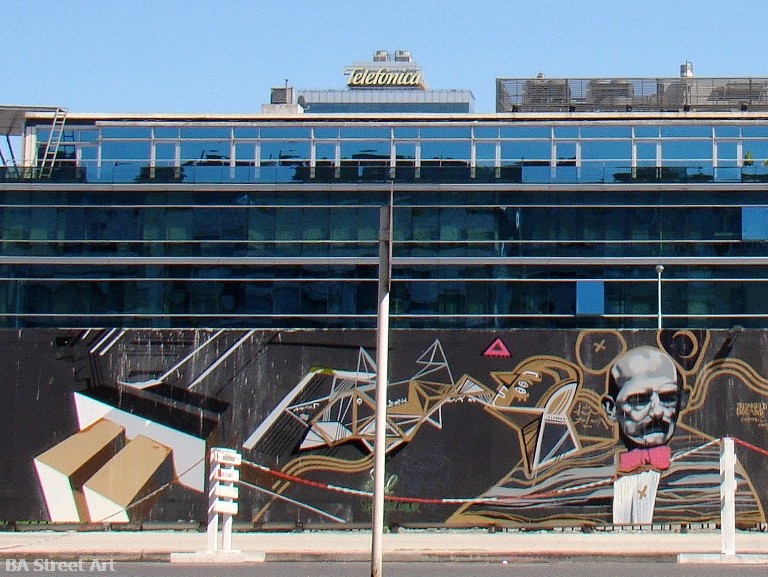 Shaping up: with Pastel in Puerto Madero

“The triangle represents a very strong image and is also very mystical. It is the perfect shape and the triangle has a lot of introspection. Gold is what we consider valuable and in a way it represents the importance of the union of the three of us. When the three of us are painting together it is almost as important as the finished artwork.” 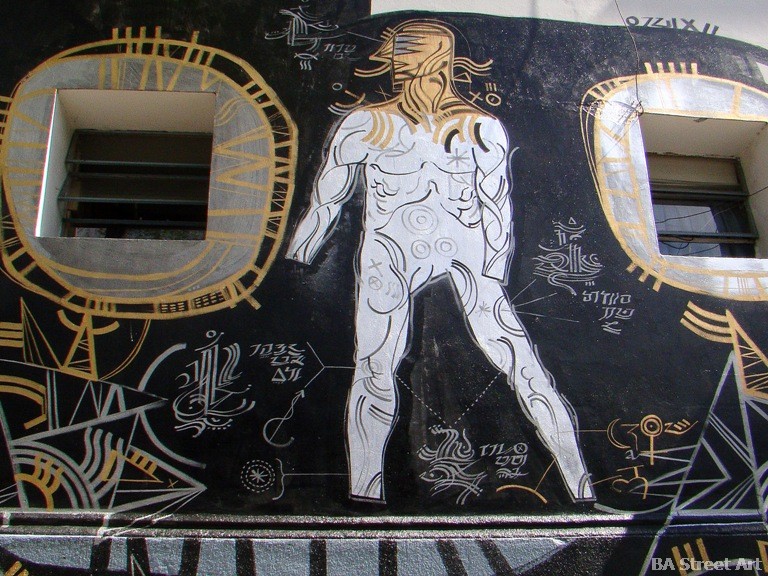 All gold in Coghlan

The influence of Gustav Klimt and his use of gold is apparent in many of Triángulo Dorado’s paintings. And the trio draw a lot of inspiration and references from the history of art. “Our relatives and friends are the first influences,” says Pedro, whose father is a painter and his mother a poet, while Francisco’s dad also paints. “The second influences are the important painters and artists who have left their mark on the world such as Klimt, Egon Schiele, Paul Klee, (Pablo) Picasso and (Vincent) Van Gogh.”

For us it is a source of inspiration to see artists from this period paint works of such high quality,” says Pedro. “I think that when we revisit or search for things from the past, these things can help us with what we want to say now. And we think a lot about the artists we like.” 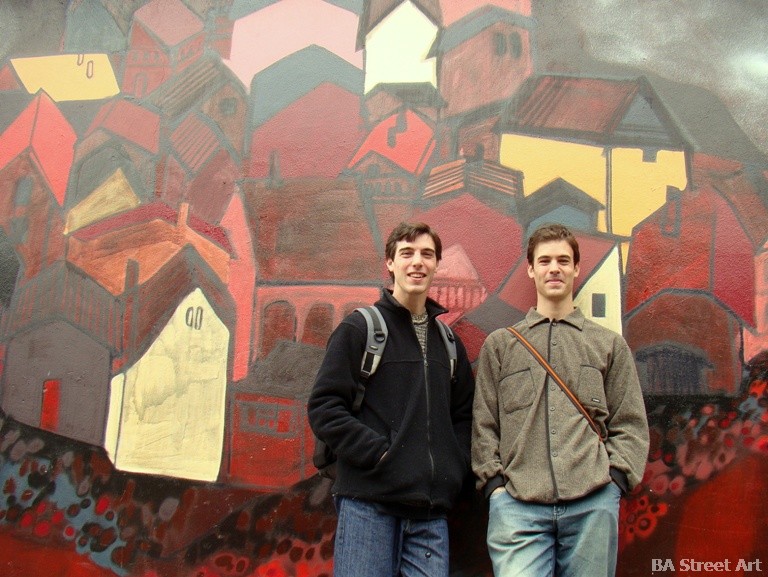 So how does the dynamic function having three artists working together? “For us it is important for the three of us to paint together and know that we can work in a team,” enthuses Pedro. “What we want to say in our artwork is fundamental. After this we look for a place were we can do it. Sometimes the place doesn’t suit the idea and sometimes the idea we have doesn’t fit the wall that we want to paint. Whichever of the two situations arise we evaluate it and try to find a solution.” 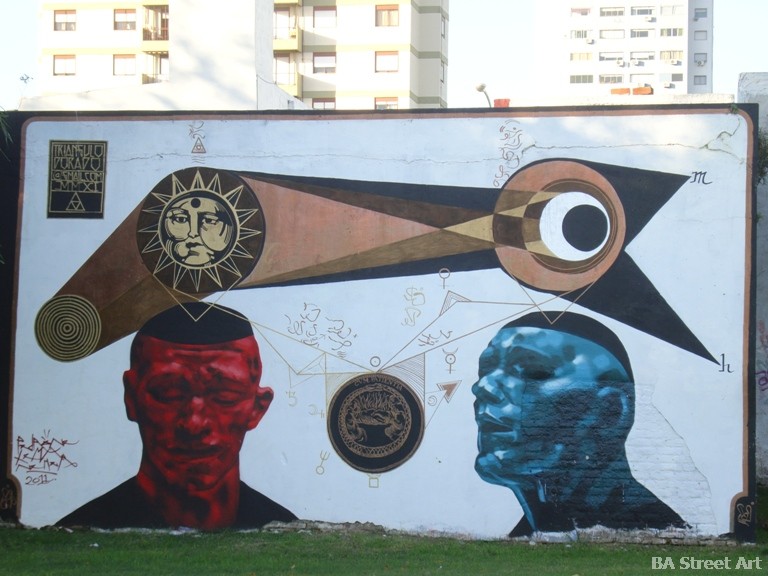 Recent mural with the inscription ‘Cvm Patientia’ – With Patience

Portraits of old wise men are also a strong feature of Triángulo Dorado’s work and there is a sensitivity behind them. “They are anonymous people that nobody knows,” reveals Santiago. “Old people play an important role in society, they have a lot of knowledge and experience but are often neglected. The important thing to us is not necessarily who these characters are, it’s what they do. We choose an image that we like and afterwards we think about what it means to us and what we want to say with it. We intend to represent in whichever character we paint, a man who is in an elevated state with strong moral values, etiquette and morals. This is what it means to us.” 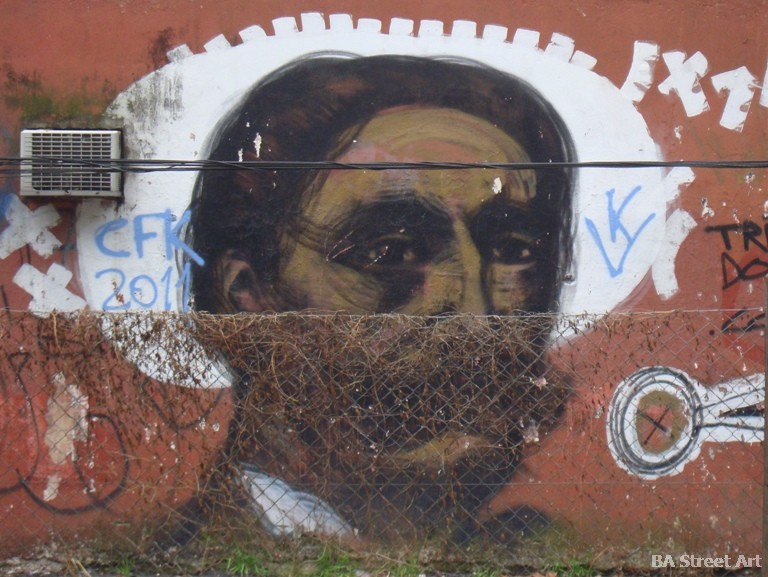 Triángulo Dorado have also painted a portrait of a moustached man that has been interpreted to be Sergeant Pepper from The Beatles but was in fact a project for a news report on Argentine TV channel Telefe. 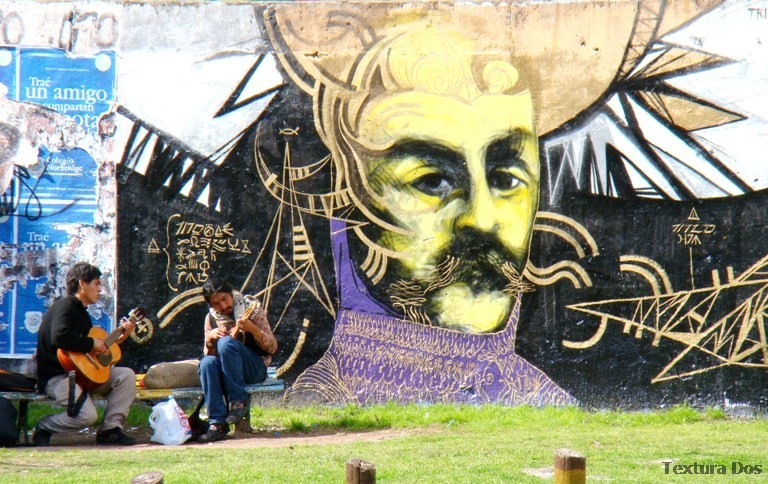 “There was an artwork before this one called Comandante Galactico,” says Pedro. “We were then asked to paint something similar but it’s not Sergeant Pepper and has nothing to do with The Beatles. It’s possible people can interpret it in this way but in fact it represents a man with an elevated conscience. As in in all of our works we’re happy for people to interpret them as they wish.”

For more information about Triángulo Dorado check out triangulo-dorado.blogspot.com 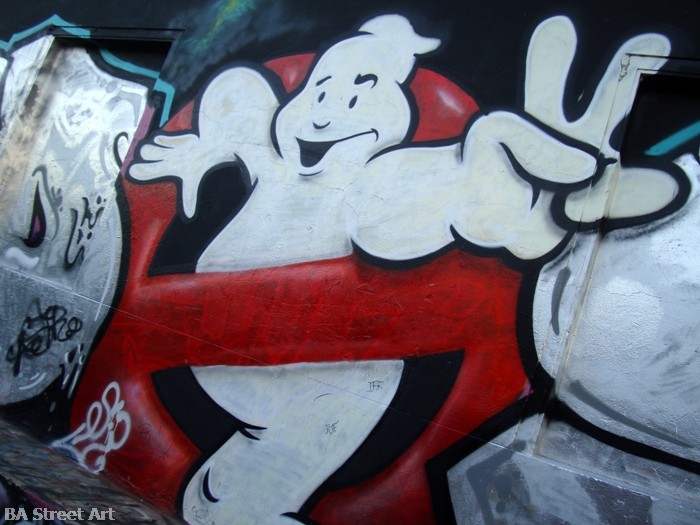 END_OF_DOCUMENT_TOKEN_TO_BE_REPLACED

Ghostbusters graffiti inspired by the Eighties movie in the neighbourhood of Belgrano. Watch out for ghosts and ghouls, it’s Friday...

END_OF_DOCUMENT_TOKEN_TO_BE_REPLACED

A new political mural of Néstor Kirchner has been unveiled in the barrio of Barracas to mark the six month...

2 replies on “The Power of Three: Interview with Triangulo Dorado”