A study has shown that the presence of graffiti and litter can lead to an increase in petty crime. But can street art lead to a reduction in crime or combating the feeling of insecurity? Argentine artist Roma thinks so. Recently he painted a colourful mural along a dark passageway in the county of San Martin in the Province of Buenos Aires. The wall took Roma 15 days to paint in spite of bad weather, and he believes his colourful design has transformed the area.

“I painted the artwork not long after my son Romero was born but it’s not of him, it’s a character, a child with glasses,” says Roma. “It’s a place where the people who go are frightened, and there are a lot of crimes committed there. It’s a passageway that is dark and filthy and the few people who go there leave a lot of rubbish and several of them come from the villas (slums) and are looking for a place to sleep.”
Not far from the passageway are a large number of slums including Villa La Rana. “San Martin is one of the counties in the Province of Buenos Aires that has the most villas,” says Roma.”Around the town of San Martin, there are around 60 or more villas and it can be very dangerous.” 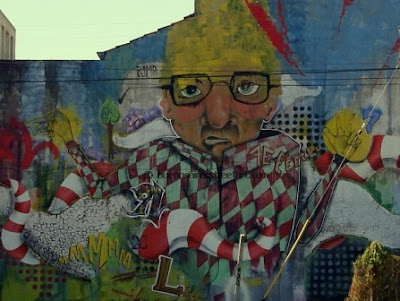 “In general not too many people use the passageway because it generates fear and insecurity, so the idea of the painting it was to try to change that,” added Roma. “In every place that I go I try to revitalize a wall that is written all over or is ugly – it’s a kind of  urban cleaning or a renewal of energy.” 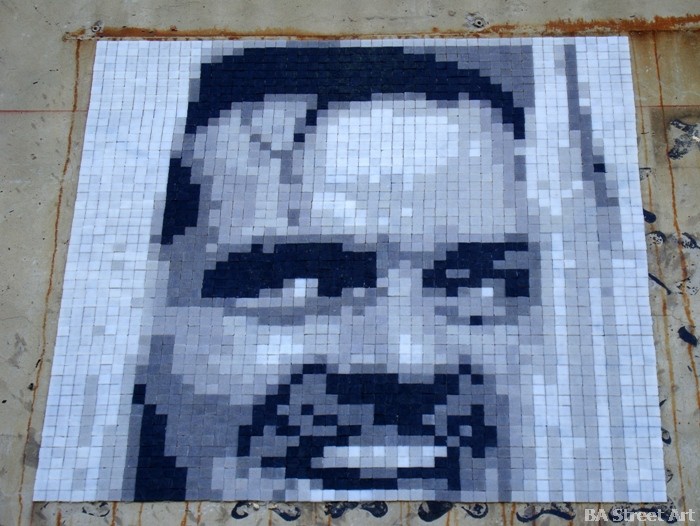 END_OF_DOCUMENT_TOKEN_TO_BE_REPLACED

Jack's back: new mosaic of The Shining 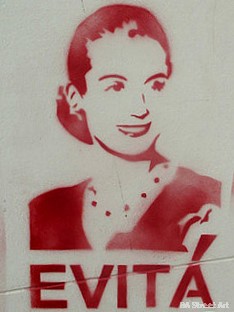 END_OF_DOCUMENT_TOKEN_TO_BE_REPLACED

María Eva Duarte de Perón, more commonly known as Evita was born on 7 May 1919, and died of cancer...