This week we featured new artwork by Polish street artist Yola in Buenos Aires. Blu has recently visited Poland and painted some incredible new works in Posnan featuring some of his surreal characters cutting barbed wire. This wall was painted for the Outer Spaces Festival 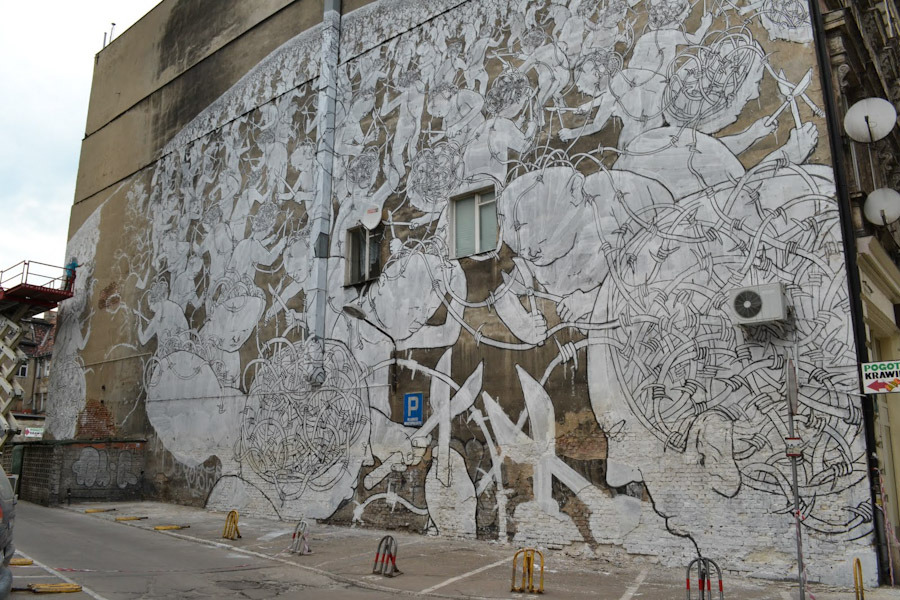 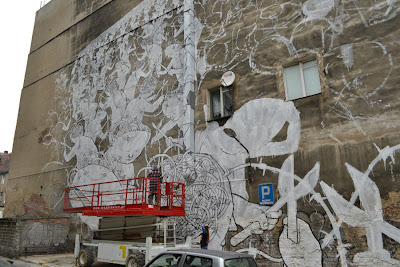 This video shows another piece painted by Blu in the harbour of Gdansk in July 2009 featuring a controversial back-to-front swastika and what appears to be an anti-capitalist message.