Today is the anniversary of the start of the Falkland Islands War or ‘la guerra de las Malvinas’. The 2nd of April 1982 marks the day that the military government under General Galtieri decided to retake the islands with an ill-thought out invasion.

“Neither forgiven, nor forgotten”

The conflict lasted 74 days and 257 British and 649 Argentine troops died, along with three civilian Falkland Islanders. Most of the casualties of the war were young Argentine soldiers sent into battle without proper training, equipment or weapons.”

While Argentines remember those who fell in battle and veterans of the war on ‘El Dia del Veterano y de los Caidos’, the country’s claims to las Malvinas won’t go away. Graffiti reading: “Las Malvinas son argentinas” (“The Malvinas are Argentine”) can be found all over Buenos Aires. The sovereignty of the islands will always remain an emotive issue for Argentina. There are numerous shops, restaurants and football stadia named after las Malvinas, and dozens of songs also refer to Argentina’s rights to the territory.

A movie called Fuckland, that was filmed without permission of the local government, depicts an Argentine who goes to the islands to impregnate a Falkland Islander. He has a theory that if 500 Argentines did the same each year it would start a ‘sexual invasion’ that would breed out the British and lead to Argentina reclaiming The Falklands.

END_OF_DOCUMENT_TOKEN_TO_BE_REPLACED

Mondo Lila isn’t the only street artist who likes painting cats. Here are some more photos of Buenos Aires street... 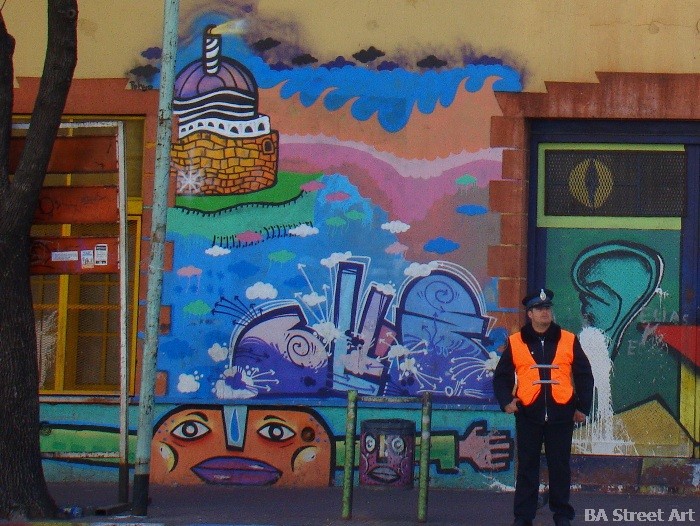 END_OF_DOCUMENT_TOKEN_TO_BE_REPLACED

A general strike across 33 hospitals and health clinics in Buenos Aires started today following the dispute between the city...

2 replies on “Graffiti commemorating the Falklands or Las Malvinas war”