A fantastic mural by the Italian artist Blu in Buenos Aires has been painted over. 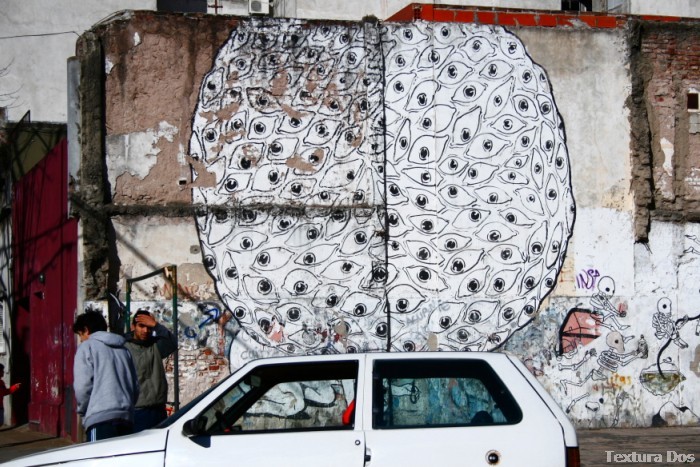 The design featured an army of skeletons flying out of the head of a surreal creature with more than a hundred eyes and was created during Blu’s tour of South America in 2006 during which he visited Mexico, Guatemala, Nicaragua and Argentina.

Blu’s design in Chacarita was covered over last Friday. A local resident told us that a French company was using the wall as the backdrop for a TV commercial and had permission to paint it.

It’s not clear whether the TV commercial is for a condom or a deodorant. Whatever is the case, it stinks that a great design by Blu has been lost forever when there are so many other walls to paint around the city.

Uruguay went football crazy last year after the country with a population of just 3.3 million reached the World Cup... 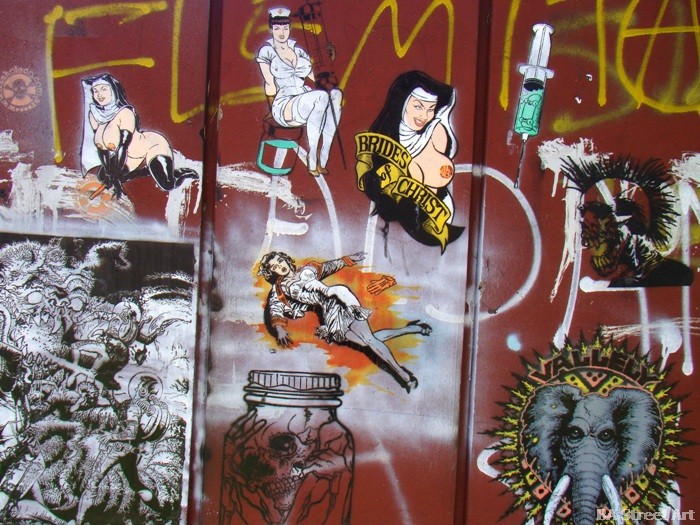 END_OF_DOCUMENT_TOKEN_TO_BE_REPLACED

More stencils from Buenos Aires including designs by Bs As Stencil, Cucusita and Vomito Attack. Photos by Buenos Aires Street...