In the urban jungle that is Buenos Aires you can find primates of all types – humans living in perfect harmony with our closest cousins. All over the city, on its walls, bridges, road signs and parks are stencils and murals of apes and monkeys watching over us. They are of course a common theme in street art, often depicted by Banksy with the artist even appearing in his movie Exit Through the Gift Shop disguised in a chimpanzee mask. 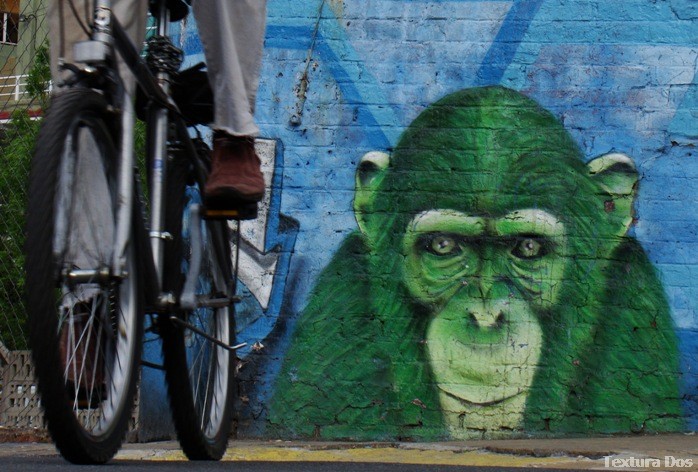 We  have to tell you about a friend who is doing her bit to help protect primates. Matt from BA Street Art first met Asha Tanna in 2007 when we were working together at Five News. Matt was working as a sports journalist and she was one of the channel’s main television presenters.

In 2009, the recession hit the UK TV industry hard with many of my friends and colleagues finding themselves out of work. Asha herself lost her job while I’d already started packing my bags for Argentina. Last year, following an inspiring trip to Uganda, where she filmed conservationists working with chimpanzees at Bundongo Forest Reserve, Asha decided to abandon her TV presenting career and make the bold move to re-train and become a primatologist.

Through her blog whogivesamonkeys.com Asha has been reporting on important issues such as the smuggling of apes, mountain gorillas and palm oil, and also interviewed none other than Sir David Attenborough. Asha is hoping her efforts will raise awareness about the plight of monkeys and apes and help to preserve them in their natural habitats.

The self-titled ‘Urban Primate’ has been kind enough to write an article about Textura Dos that includes photographs from the book and others I’ve taken around Buenos Aires. Here are some more of my photos: 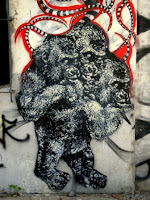 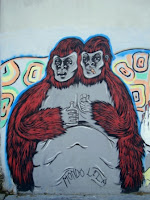 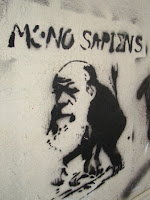 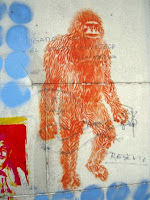 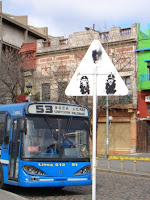 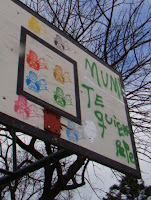 If you’re a fan of science-fiction films and seeing all these images of apes around town, might remind you of the movie Planet of the Apes ( we’re talking about the original not the Tim Burton remake). For those of you who don’t know, it stars Charlton Heston as an astronaut who crash lands on a planet ruled by apes where bestial humans are shot for sport by gorillas and kept in zoo-like enclosures.

Apocolyptic ending in Planet of the Apes (1968)

I think the closing scene is one of the best endings of any movie, revealing that the Planet of the Apesis actually a futuristic, post-apocalyptic earth. 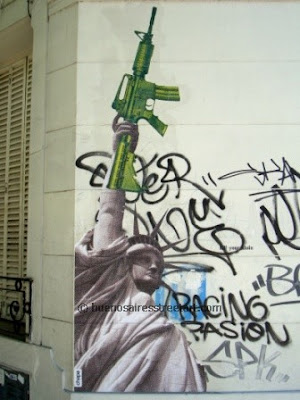 Last night I came across this stencil in Palermo. After a few beers, seeing it felt a little weird!! 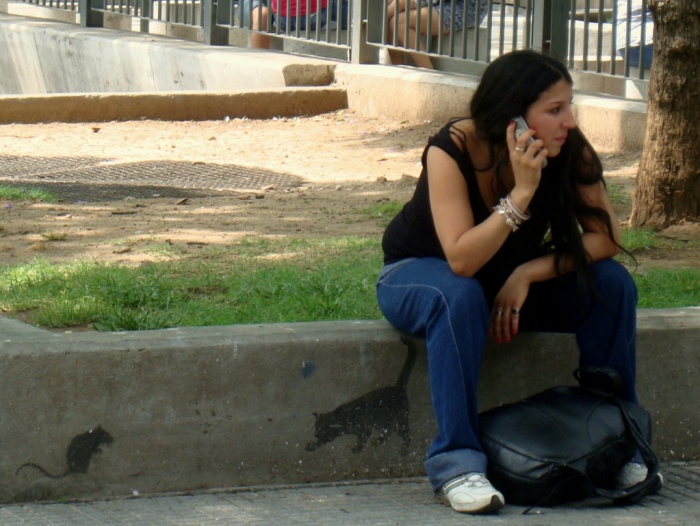 END_OF_DOCUMENT_TOKEN_TO_BE_REPLACED

The trio of rat, cat and dog is a variation of a theme by Argentine stencil artist Tanque Stencil that... 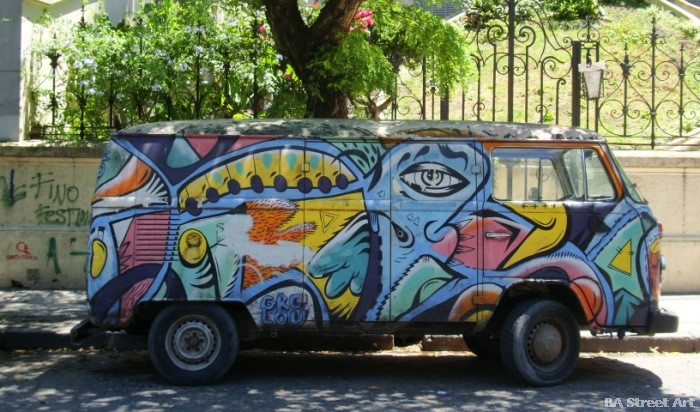 END_OF_DOCUMENT_TOKEN_TO_BE_REPLACED

If you think there’s enough graffiti on the walls and buildings in Buenos Aires – vans, lorries and cars aren’t...