In August 2013, Buenos Aires Street Art organised and curated the biggest mural in Buenos Aires that measures 412m2 in the neighbourhood of Villa Urquiza. The mega mural entitled ‘Tale of the Parrots’, was created over 16 days by Argentine muralist Martin Ron together with Jiant and Guiviro. Scroll down for more information and photos. 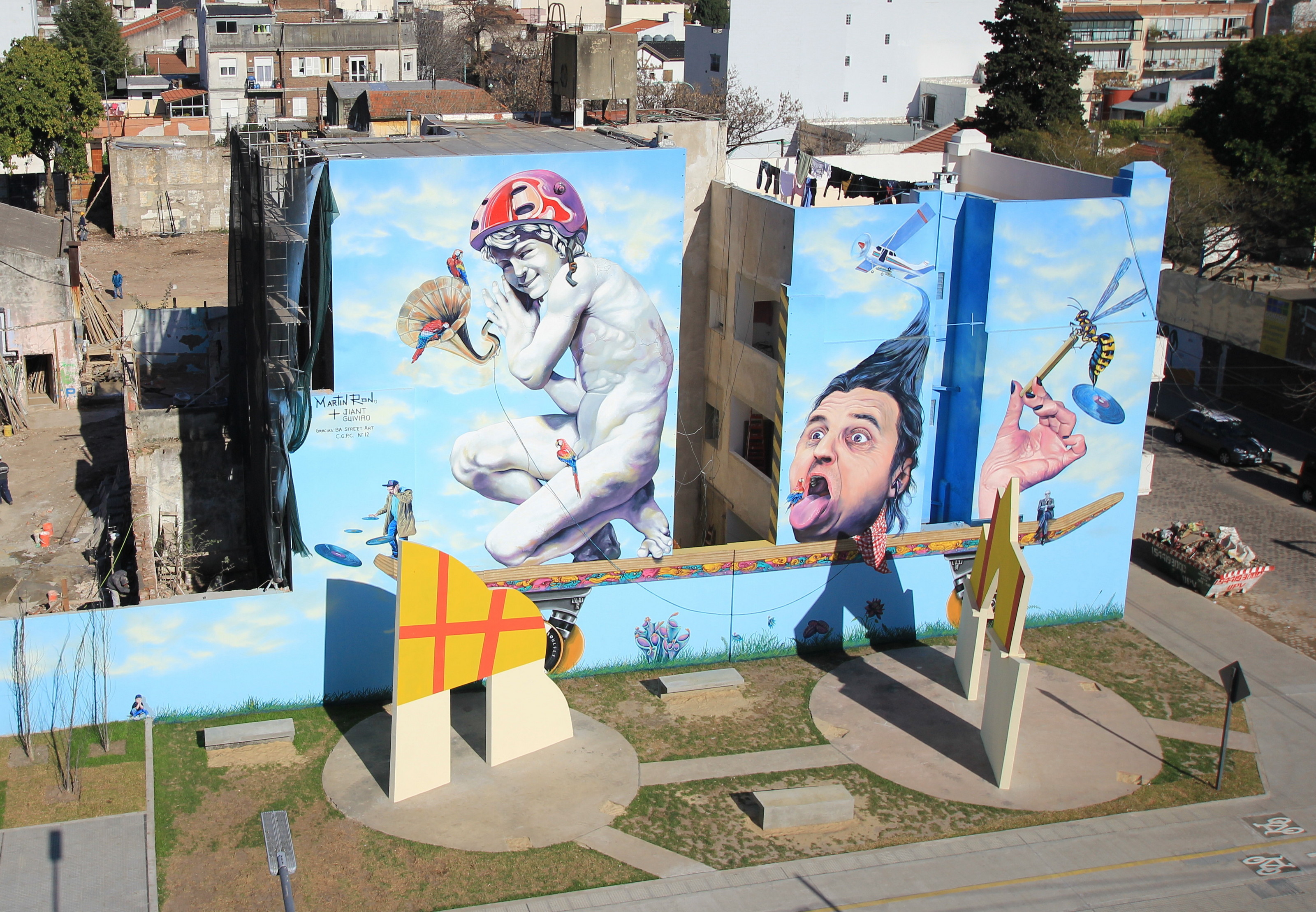 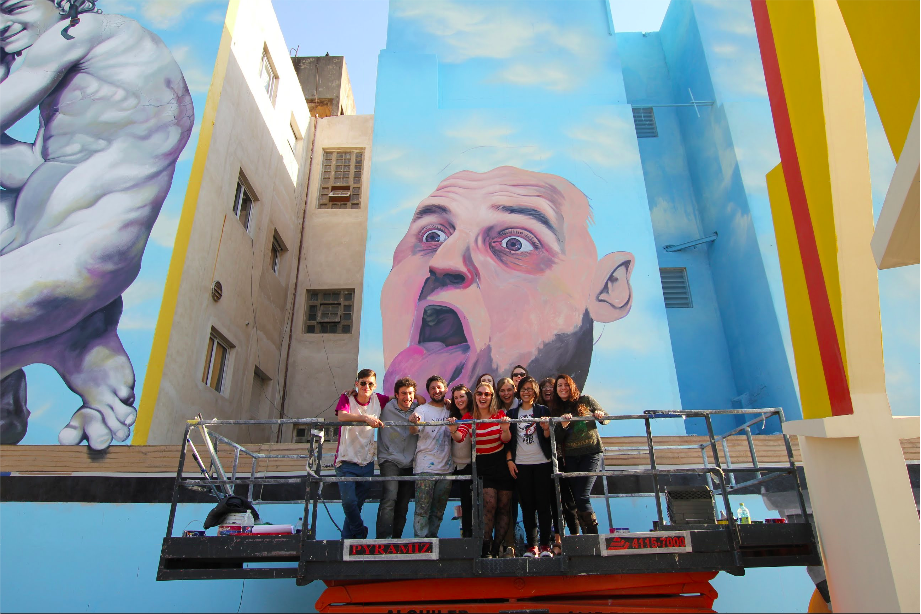 Details on hand and skateboard Martin Ron finishing signing the mural with credit to Buenos Aires Street Art and C.G.P.C No 12 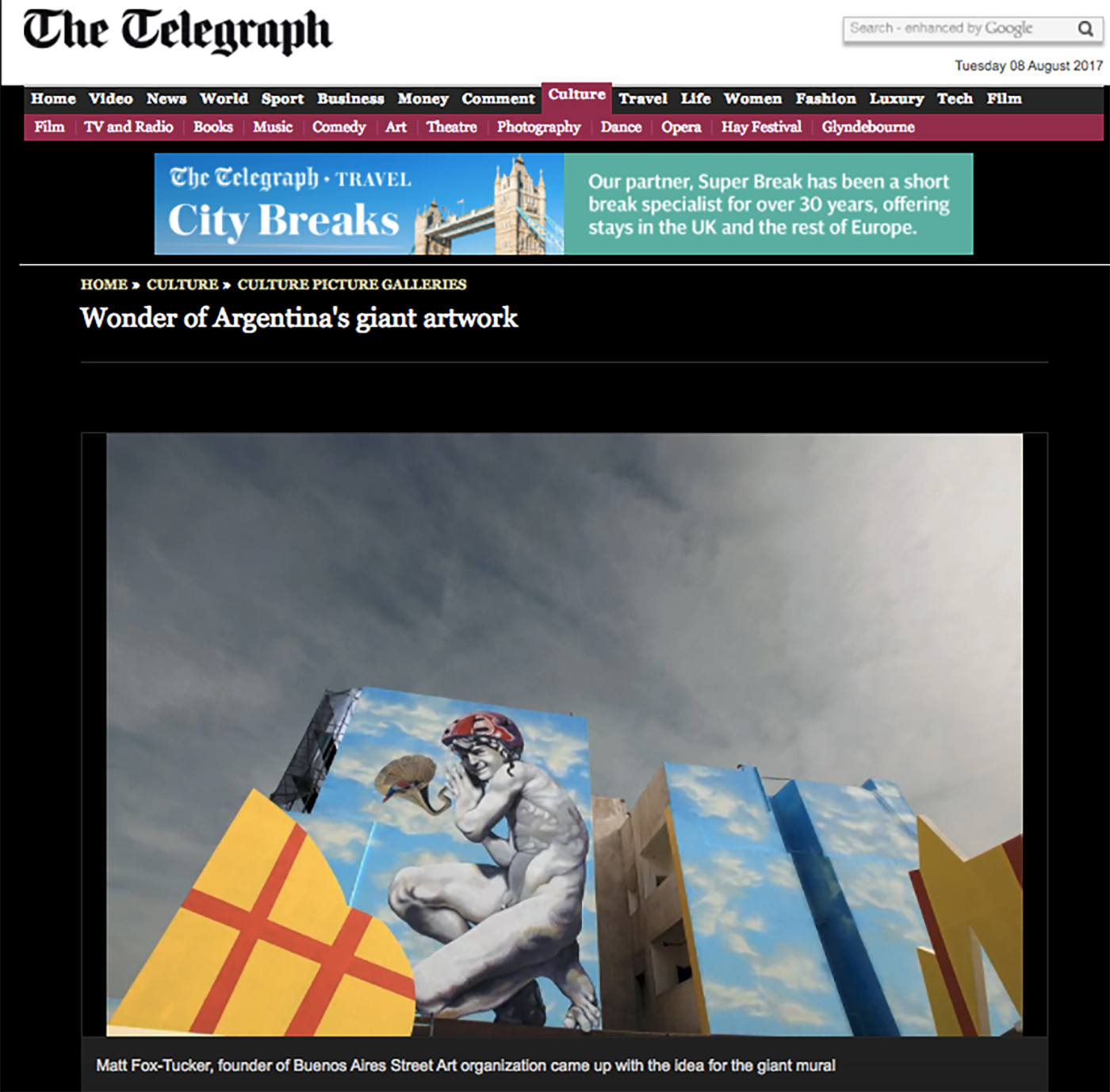 Article in The Telegraph (2013) about the giant mural project

The idea for the mural was that of Buenos Aires Street Art founder Matt Fox-Tucker to select an artist to create a spectacular mural that would transform the zone where he lives into a true urban art district and one of the best places to see street art in the city. The mural has also appeared in international press such as BBC, Al Jazeera, Brasil TV, CCTV China, The Telegraph, Clarín and La Nación newspapers.