In 2015, BA Street Art teamed up with Hin Bus Depot to arrange for Argentine street artist Martin Ron to travel to Malaysia to paint two murals in Penang. 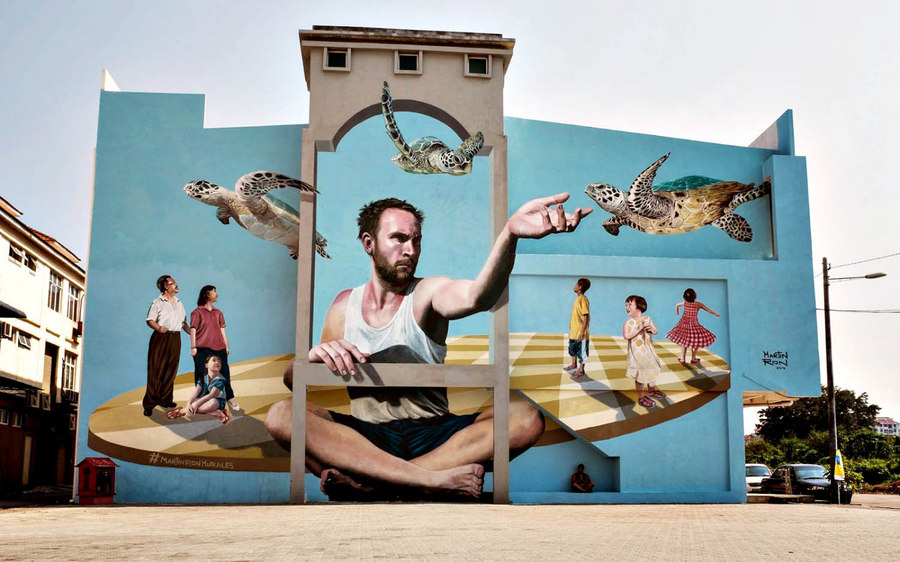 The mural was the largest in the province of Penang. Penang is home to the largest turtle sanctuary in Malaysia located on Pantai Kerachut (Kerachut Beach) in Penang National Park and help protect and preserve the dwindling populations of turtles in Malaysian waters. The main character in the mural is Australian Matt Gorrick, a friend of the artist, who helped paint the mural. 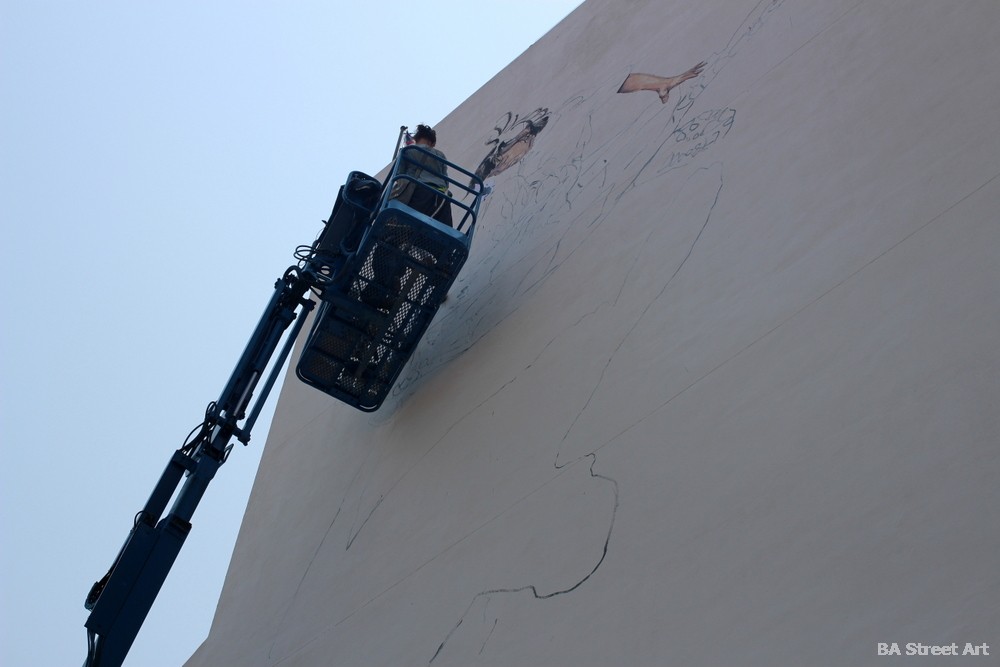 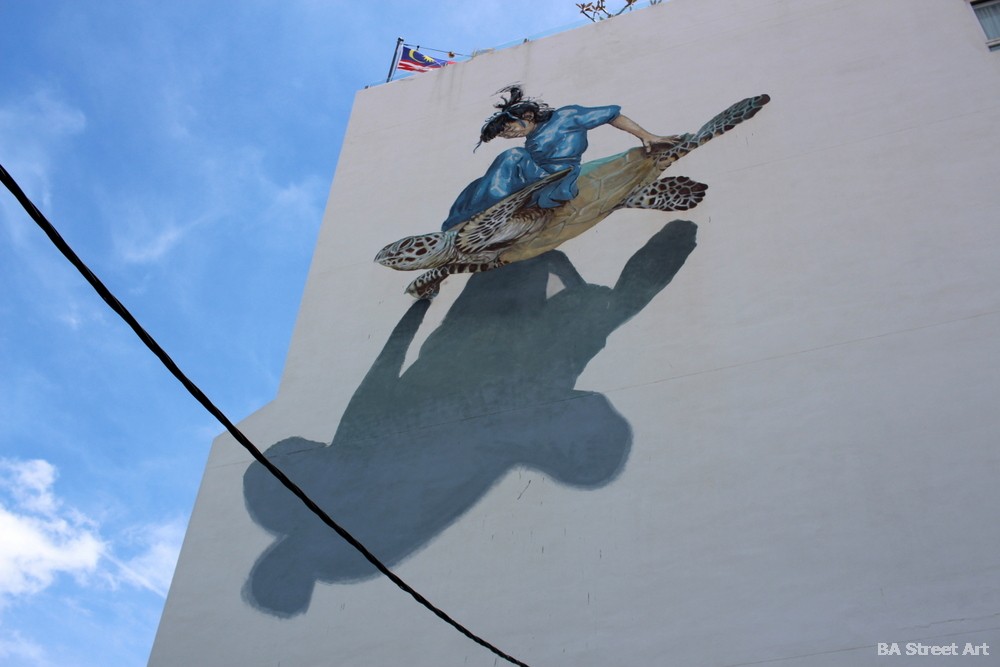 Mural of a girl riding on a turtle

The mural features a local girl riding on a turtle. Both Ernest Zacharevic and Martin Ron like to include local people in their murals.