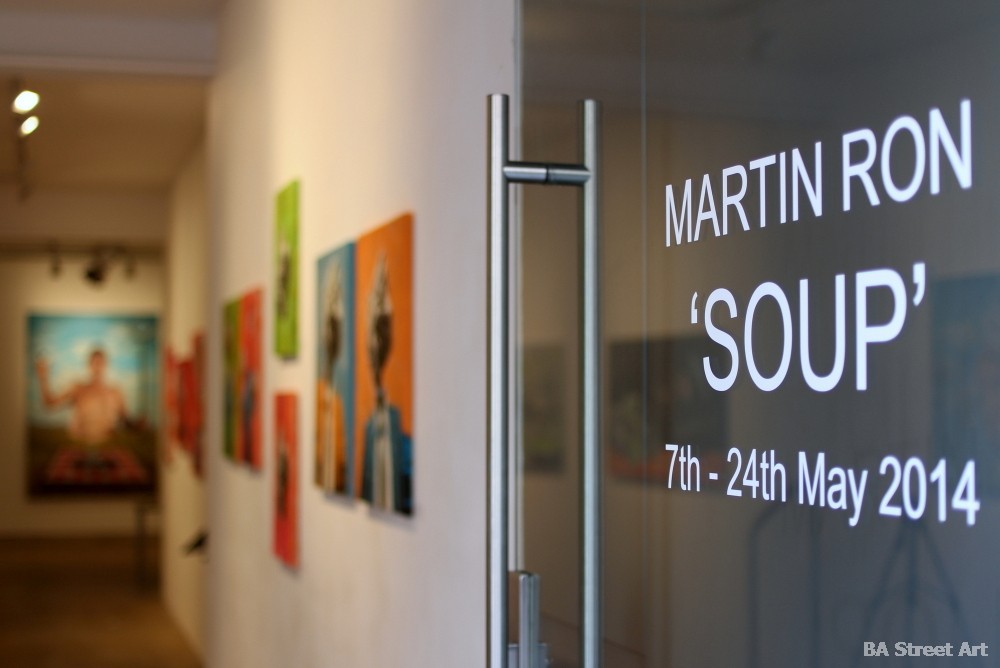 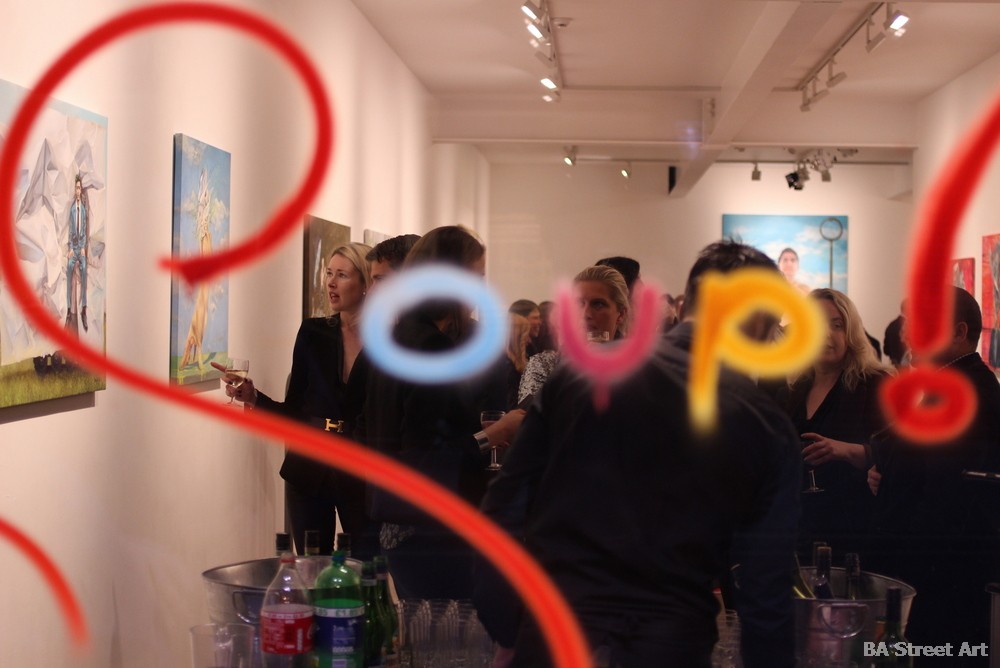 The title of the show was “Soup!”

Opening night was on Wednesday 7th May 2014 at Mead Carney at 45 Dover Street in London. 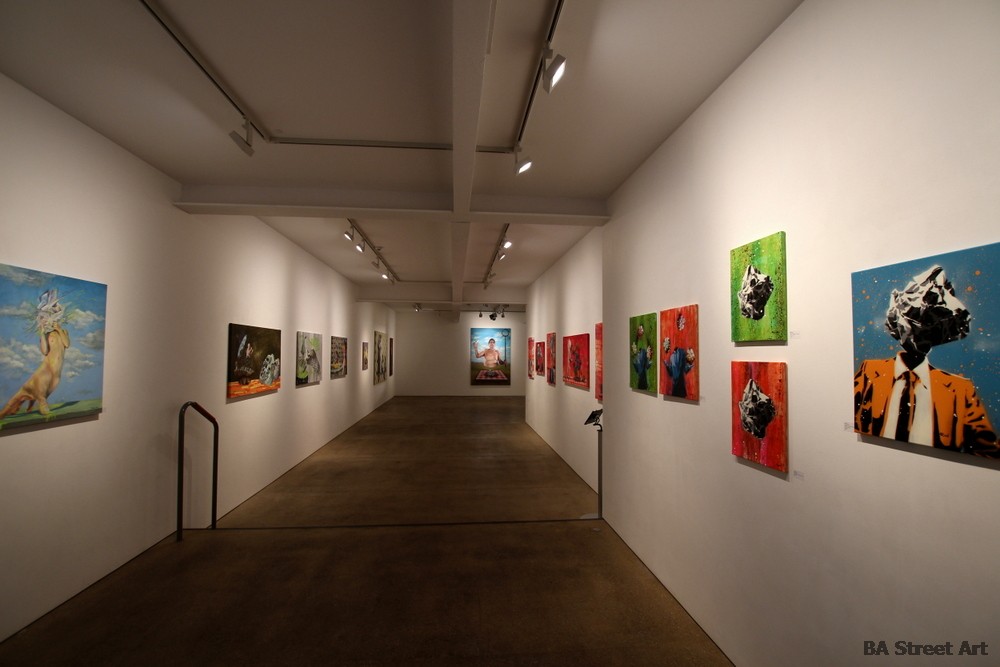 The show itself included a body of 26 paintings on canvas. 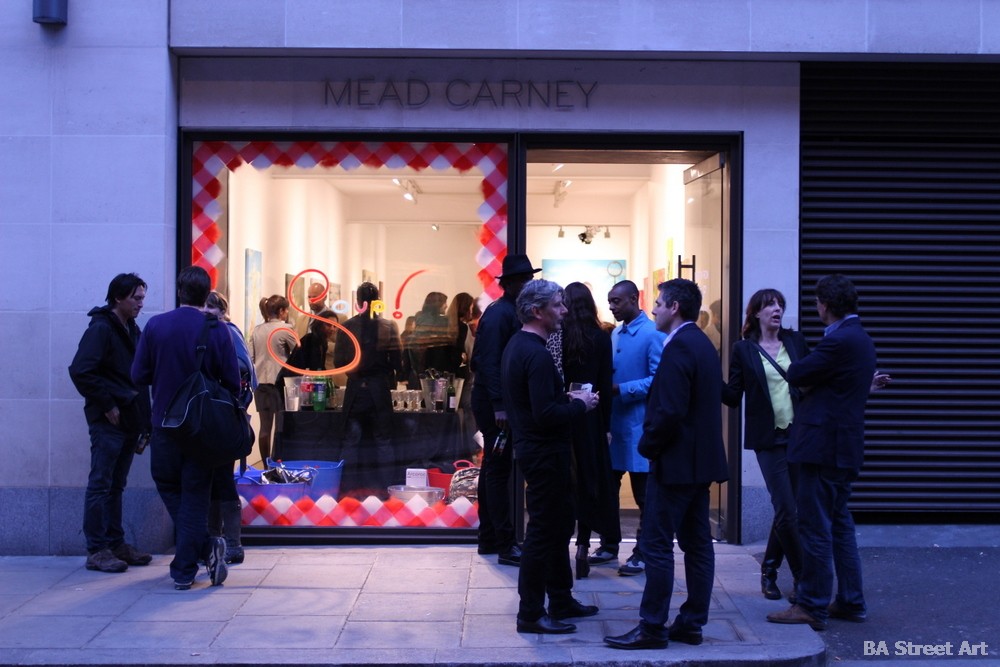 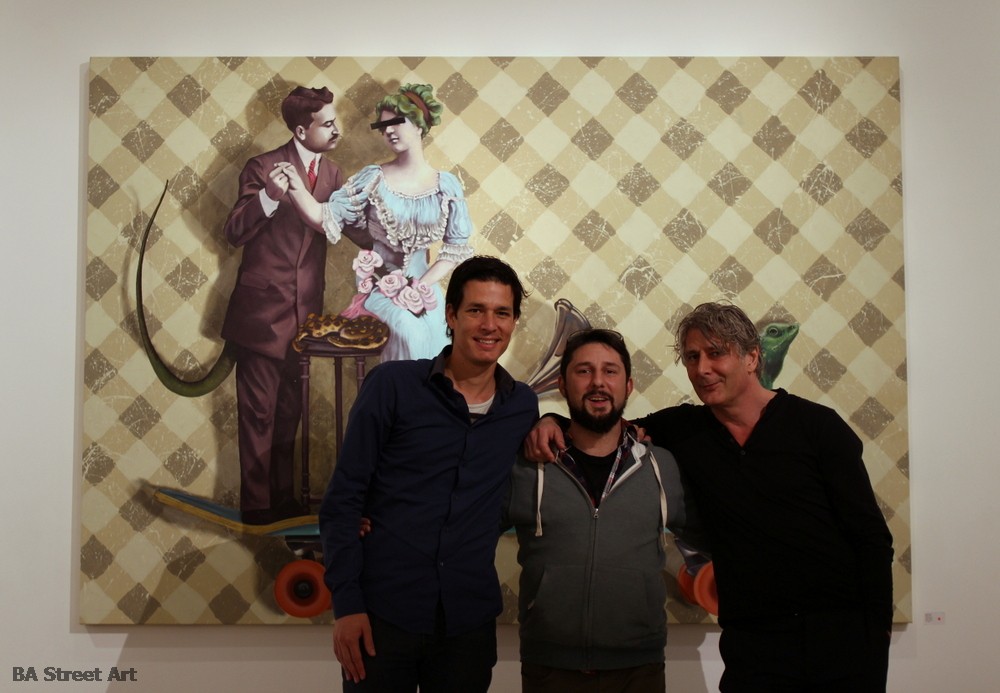 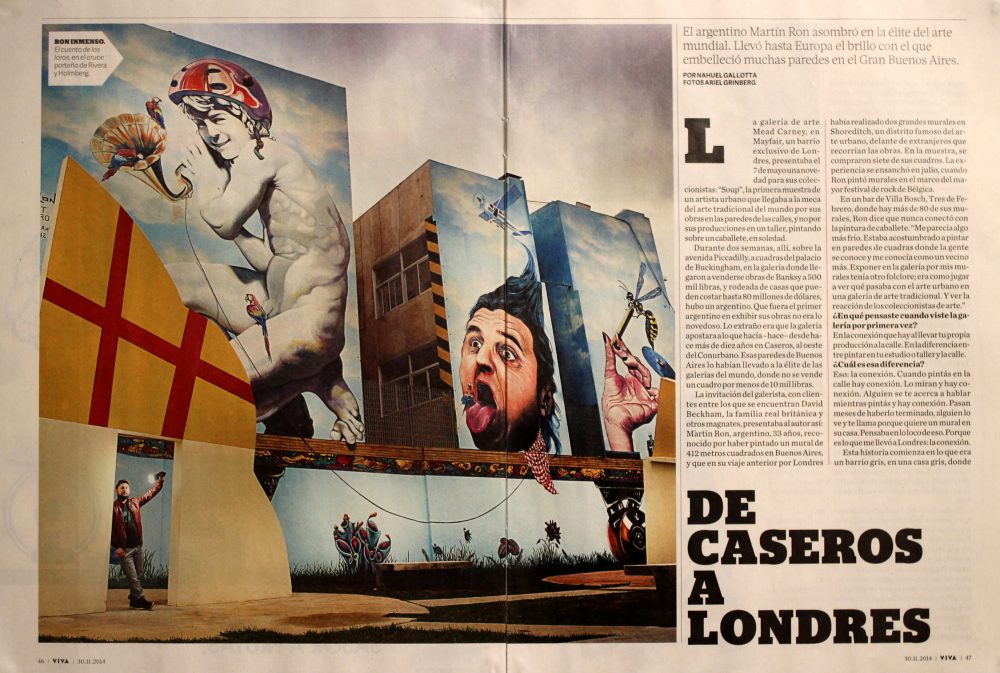 Article in Clarin’s Viva Magazine about the show in London. Main photo is of Martin Ron and his mural organised by Buenos Aires Street Art in Villa Urquiza.

The opening paragraph of the article reads: “Mead Carney Art Gallery in Mayfair, an exclusive neighbourhood of London had news for collectors on 7th May: ‘Soup‘, the first show by a street artist to arrive at the world mecca of traditional art because of his works on the walls in the street, not just for his artworks painted on canvas.”

As well as sponsoring and arranging Martin’s trip to the UK and setting up a studio for him to paint the works for the show, Buenos Aires Street Art also organised a series of walls for him to paint around Shoreditch, East London.