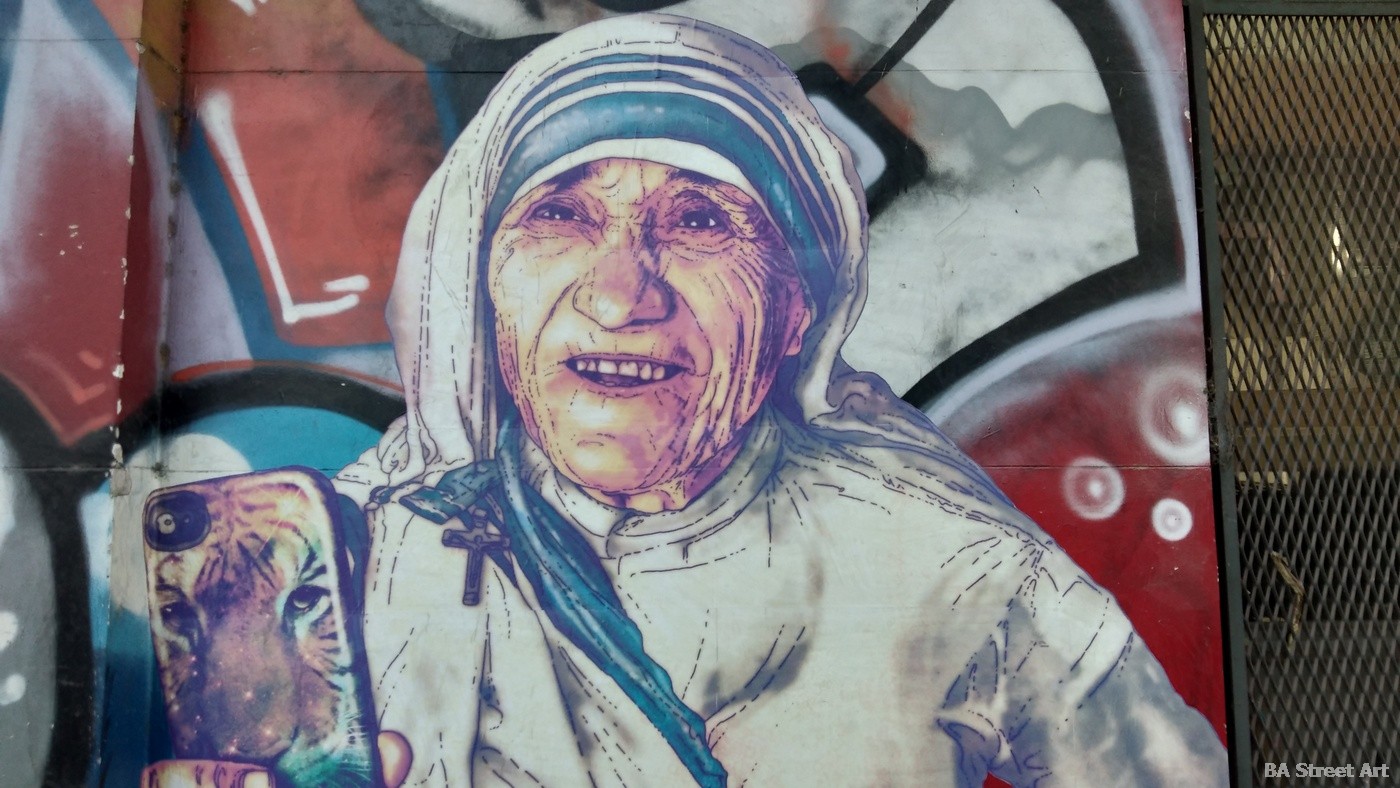 The Chilean artist is well known for his humorous works mixing popular icons with modern culture. This new paste up can be found at the Mercado de Pulgas in Colegiales. 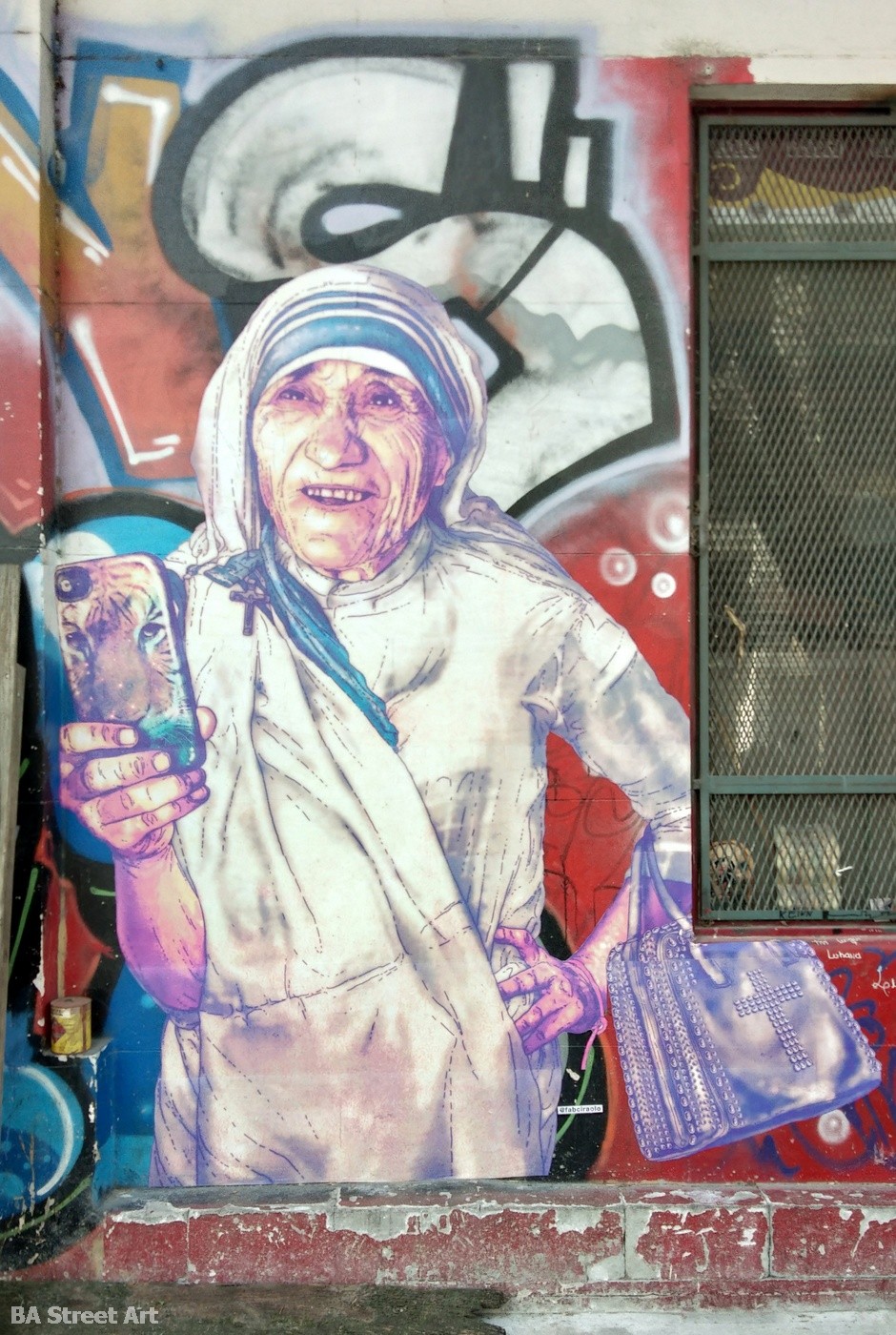 Recently, Fab also put this cool paste up of Ricardo Fort dressed as Willy Wonka. He’s named the artwork ‘El Comandante’ and it’s a fitting tribute to the Argentine millionaire and TV personality who died on 25th November 2013 following a heart attack. 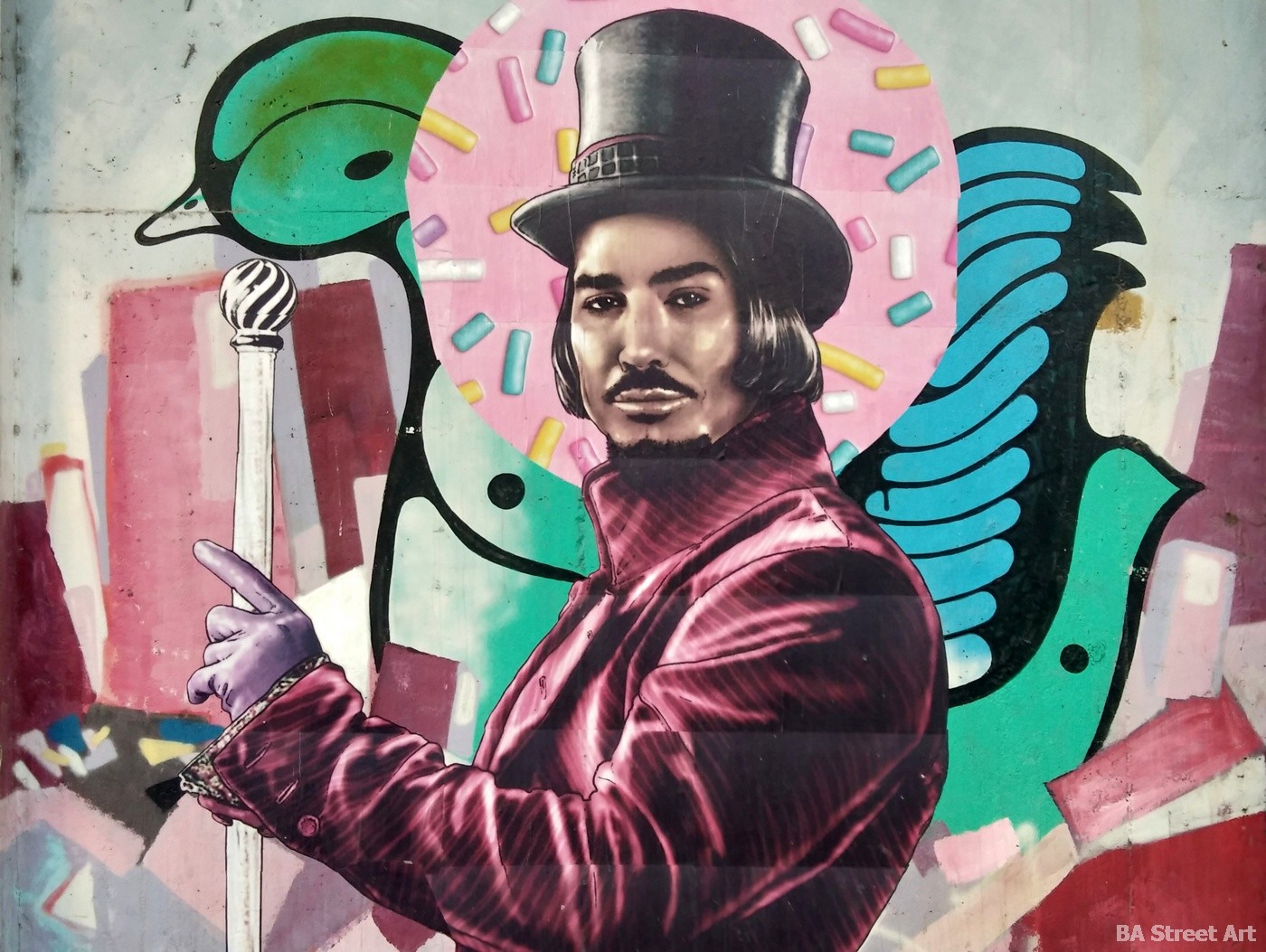 Johnny Depp played Willy Wonka in the movie ‘Charlie and the Chocolate Factory’ by Tim Burton. 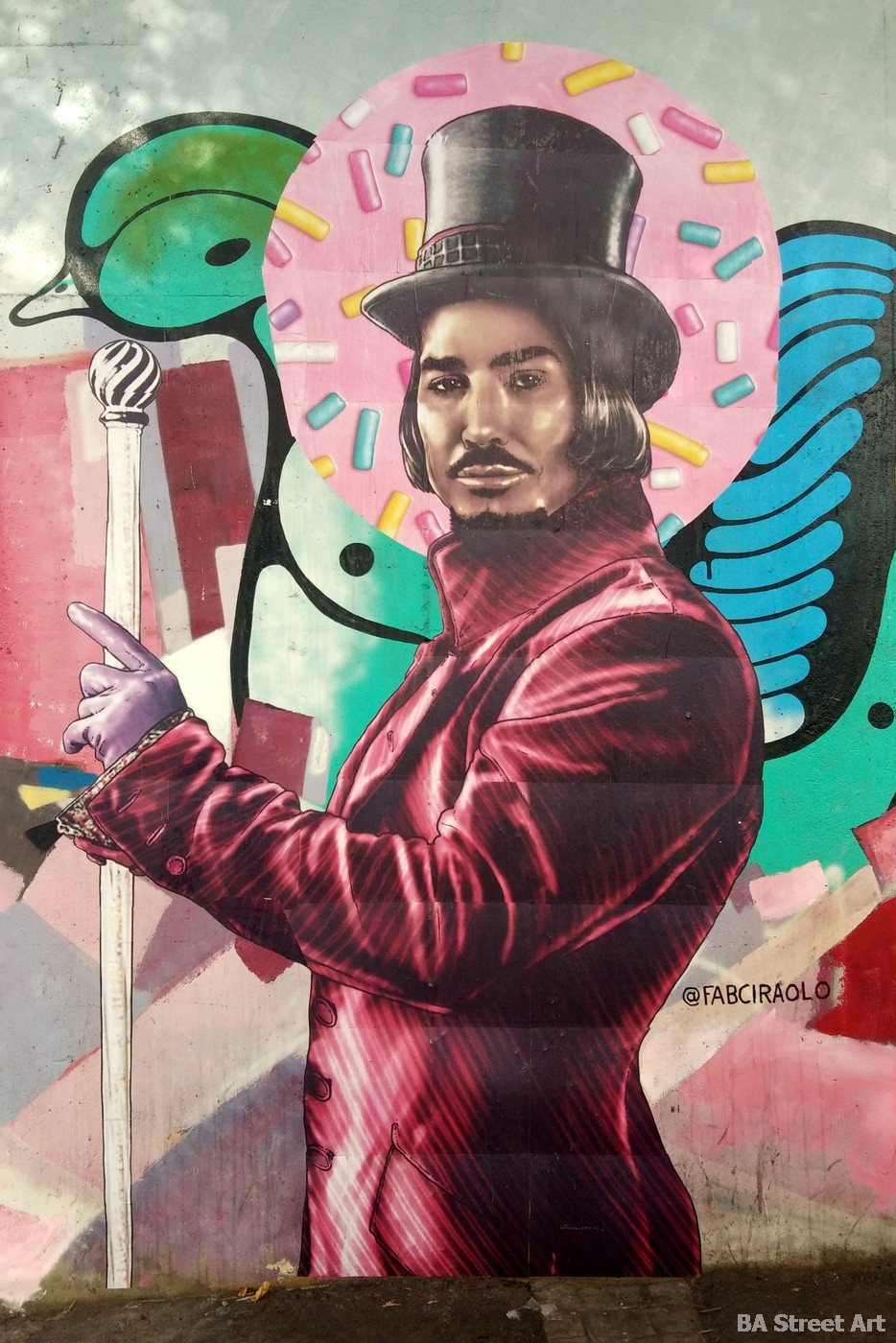 You can check out these artworks at the Mercado de Pulgas in Colegiales. Also a great place to check out antiques, mirrors, furniture, lamps and bric-a-brac. 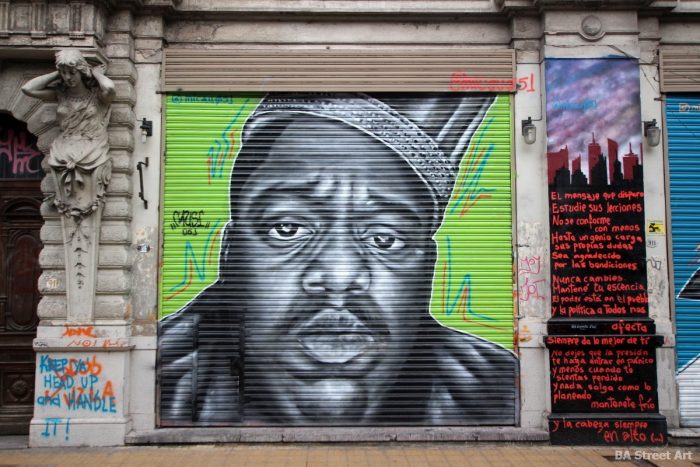 END_OF_DOCUMENT_TOKEN_TO_BE_REPLACED

Mario Abad (Causi 051) has painted a series of eye-catching murals in San Telmo including portraits of rap legends. He... 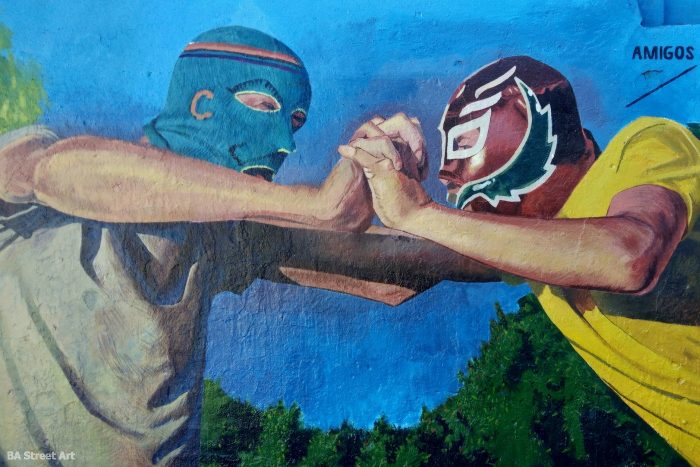 END_OF_DOCUMENT_TOKEN_TO_BE_REPLACED

Mr Kern was in Buenos Aires recently and teamed up with Argentine artists Alejandro Torres, James Enzor and Pedro Panichelli...