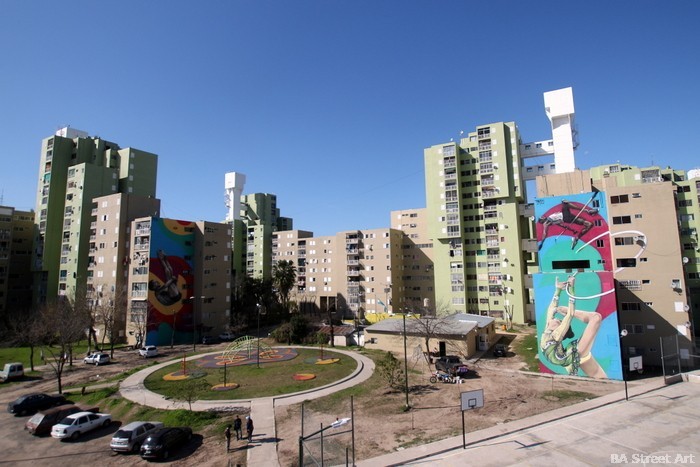 The new murals are part of a community project to improve the working class neighbourhood of Villa Soldati through public art. Segatori’s designs feature a somersaulting diver, a gymnast and a pole vaulter; two of the murals measure eight stories in height and have been painted on the sides of mono-blocks in a housing complex close to Parque Roca. Segatori, 45, holds the title of having painted the longest mural in Argentina by a single street artist (it’s called “The Return of Quinquela” in Barracas and measures more than 2,300 metres). He was chosen by the Buenos Aires City Government for this project, which took him 20 days to paint. The games include athletics, swimming, diving and gymnastics, and will be held at the nearby Parque Roca stadium from 1-12 October 2018. Segatori works on mural of the pole vaulter from a crane. 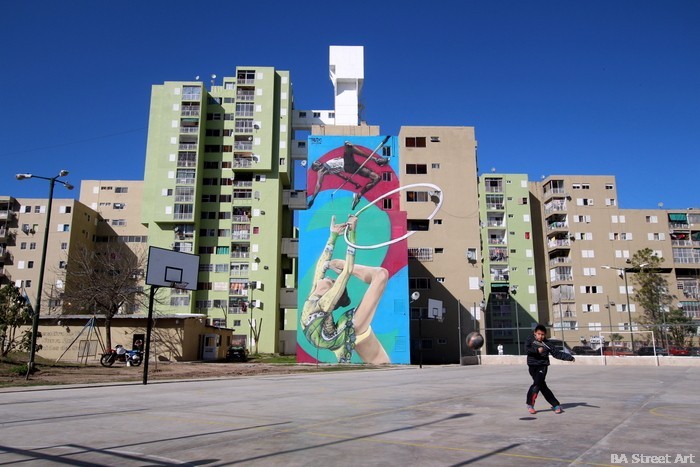 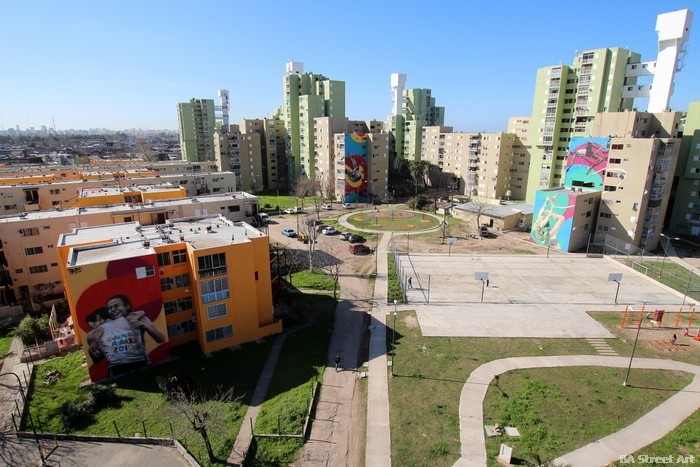 View from above and housing complex in Villa Soldati

As well as bringing colour and art to parts of Villa Soldati, there’s hope that the new murals will also encourage young people to get involved in sports and exercise more. 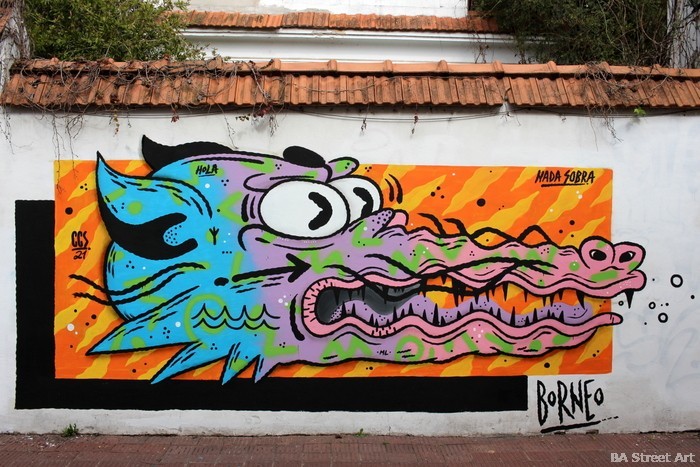 END_OF_DOCUMENT_TOKEN_TO_BE_REPLACED

New Mural by Borneo in Palermo

Venezuelan artist Borneo painted a new mural in Palermo Hollywood last week. It features a colorful crocodile and can be... END_OF_DOCUMENT_TOKEN_TO_BE_REPLACED

A few days ago, Argentine street artist Luxor painted this colorful mural of a large sun with motifs related to nature’s majesty and...